The correct answer is obviously b) — unless you're a writer for the Associated Press whose mission is to convince readers that the housing market, despite clear evidence to the contrary, is just fine. Therefore, the AP's Josh Boak chose a): 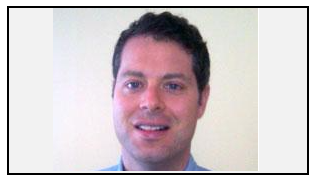 September marked a slowdown in Americans signing contracts to buy homes, the second consecutive decline for a real estate market that has been rebounding for the first half of 2015.

The National Association of Realtors said Thursday that its seasonally adjusted pending home sales index dropped 2.3 percent to 106.8 last month. The index has risen 3 percent over the past 12 months, aided by solid hiring levels and low mortgage rates that fueled stronger demand during the traditional summer buying season.

We need to stop again to inject the following information which accompanied the NAR release Boak cited:

Getting back to this post's opening question, the seasonally adjusted pending home sales index has dropped from 112.3 in May to 106.8 in September. That 4.9 percent drop occurred while mortgage rates stayed quite low and began even as June and July hiring were still "solid" (based on the press's mediocre "new normal" definition of "solid").

In Halloween terms, anyone who doesn't think that a nearly 5 percent drop in such a short time isn't a cause for significant concern is whistling past the graveyard.

But evidence of fading momentum has surfaced in recent months. Sales of newly built homes fell 11.5 percent last month, as choppy financial markets and rising home prices are creating affordability pressures for would-be buyers. The strong demand for housing due to (a) stronger job market - with unemployment at a robust 5.1 percent - has failed to produce an influx of new listings that could help sales.

Pending sales are a barometer of future purchases. A lag of a month or two usually exists between a contract and a completed sale. Signed contracts fell in the Northeast, Midwest and South last month, while dipping slightly in the West.

In other words, despite what Boak wrote, we aren't looking at fading momentum. We're looking at no momentum and the at least somewhat likely prospect of a serious slowdown over the next several months. The average reader would not get that impression from Boak's writeup. That's why he chose option a) as the answer to this post's opening question.