On Thursday, the first paragraph of a column by the Washington Post's David Ignatius on what he thinks President Barack Obama's foreign policy might be for the next two years contained what may qualify as the "Notable Quotable" of the year.

The first sentence was a pretty impressive failure at perception: "President Obama looked almost relieved after Tuesday’s election blowout." Look, David, even the Associated Press, aka the Administration's Press, noted that Obama "struck a defiant tone." But it's the second sentence of Ignatius's opening paragraph that is the side-splitter (HT Patterico):

A man who has been perhaps the least political president in modern U.S. history doesn’t have to worry about elections anymore.

I could go on and on. Instead, I'll quote three other observers I found within seconds in a Google search.

Bernard Goldberg (bolds are mine):

... on President Obama’s watch many of our institutions are not above politics; they’re waist deep into politics.

And, sadly, that includes the United States military. ... let’s see what other institutions of our government have been turned into political tools since Barack Obama became president.

Well, there’s the IRS, which went after political opponents of the president while he was running for re-election.

There’s the FBI, which said the American convert to Islam, who spouted Arab words while cutting the head off a woman he used to work with in Oklahoma; a man who reportedly tried to convert fellow workers to Islam and featured anti-American rants on his Facebook page … was engaged in “workplace violence.” 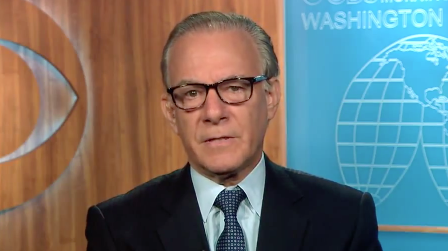 Barney Fife knows the difference between fanatical Islamic terrorism and run-of-the-mill workplace violence. But the FBI comes under the jurisdiction of the Department of Justice, which is run by Mr. Obama’s pal Eric Holder. So it’s no surprise that the FBI has been politicized too — which conveniently means there was no act of domestic terror in Oklahoma during Mr. Obama’s presidency.

How about our nation’s space agency? Barack Obama told the NASA administrator that one of his highest priorities should be … sending humans back to the moon? … building a colony on Mars? Nah. A top priority of the NASA chief, the president said, should be “to find a way to reach out to the Muslim world and engage much more with dominantly Muslim nations to help them feel good about their historic contribution to science … and math and engineering.”

Brit Hume, on the administration's Ebola response (in video at link):

I would say that I think the appointment of Ron Klain shows you the administration thinks this is more of a political and public relations problem than it is a public health problem. It is clearly both.

And the key to the whole thing, Chris, in my view is, that Klain was not given the kind of authority, in other words reporting directly to the president, and taking overall charge of this effort that someone who was a true czar would, in fact, he's still reporting to people who have been managing this problem already.

At The Blaze, Akash Chougule at Americans For Prosperity noted in mid-October that the President's alleged "signature achievement made a blatantly political move just before the midterm elections:

In yet another shockingly brazen display of political posturing from the “most transparent administration in history,” the Obama White House is refusing to release final Healthcare.gov insurance premiums until after the November 4th midterm elections. In other words, if you like your premium, you might not be able to keep it – but the government isn’t going to tell you until after the election.

... premiums will be finalized on November 3rd – the day before the election – but not released on the website until closer to November 15th when the next open enrollment period begins. How convenient.

Separately, here's a more recent post-election item which occurred after Ignatius's column appeared, showing that nothing has changed: "Why the Loretta Lynch nomination is absolutely political."

Enough. I've had an extremely difficult time not falling out of my chair laughing at the breathtaking ignorance of Ignatius's contention. So I'm giving in (this isn't me, but readers will get the idea):