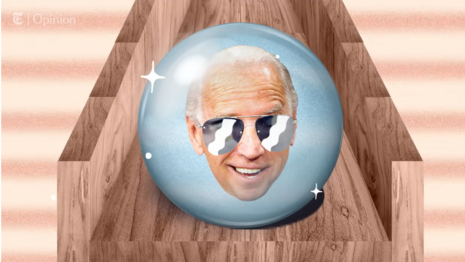 The New York Times waited until Sunday to report on the new internal Twitter revelations on the Hunter Biden laptop. The online headline was "Elon Musk, Matt Taibbi, and a Very Modern Media Maelstrom." In Monday's paper, they buried it on page B-5 with the headline "Musk and an Independent Journalist Ignite Debate by Releasing the ‘Twitter Files’." Notice Joe Biden and Hunter Biden aren't in the headlines. They couldn't even whisper it as the story began:

It was, on the surface, a typical example of reporting the news: a journalist obtains internal documents from a major corporation, shedding light on a political dispute that flared in the waning days of the 2020 presidential race.

But when it comes to Elon Musk and Twitter, nothing is typical.

The so-called Twitter Files, released Friday evening by the independent journalist Matt Taibbi, set off a firestorm among pundits, media ethicists and lawmakers in both parties. It also offered a window into the fractured modern landscape of news, where a story’s reception is often shaped by readers’ assumptions about the motivations of both reporters and subjects.

This isn't about a story's reception. It's about a story's suppression. It's a story of a so-called "news media" telling everyone to be completely incurious about documents showing Joe Biden's involvement in his son's international lobbying operations.

Mr. Musk, who has accused tech companies of censorship, then pointed readers to the account of Mr. Taibbi, an iconoclast journalist who shares some of Mr. Musk’s disdain for the mainstream news media.

This entire controversy is about the extreme lengths that Twitter went to disable the New York Post Twitter account and suspend Twitter accounts who tried to share their Hunter Biden story. But Grynbaum says "rank censorship" isn't a fact, it's just a partisan narrative -- as if that doesn't define the "news judgment" of the Times.

Mr. Musk and Mr. Taibbi framed the exchanges as evidence of rank censorship and pernicious influence by liberals. Many others — even some ardent Twitter critics — were less impressed, saying the exchanges merely showed a group of executives earnestly debating how to deal with an unconfirmed news report that was based on information from a stolen laptop.

Nowhere in this catty little piece is an admission that The New York Times did their own reporting that large chunks of the material on Hunter Biden's laptop was legitimate information -- which they buried on page A-20 in their print edition on St. Patrick's Day this year.

But hey, this is Mike Grynbaum, the guy who wrote that when President Biden called Fox reporter Steve Doocy a "stupid son of a bitch," it was "The Hot-Mic Vulgarity Where Everyone Wins." In a sign of their loathing of Fox, Grynbaum called this a "heart-warming civic moment."

Grynbaum made sure the Left's take on these disclosures was included:

Skeptics of Mr. Taibbi seized on what appeared to be an orchestrated disclosure. “Imagine volunteering to do online PR work for the world’s richest man on a Friday night, in service of nakedly and cynically right-wing narratives, and then pretending you’re speaking truth to power,” the MSNBC host Mehdi Hasan wrote in a Twitter post.

There's nothing funnier than MSNBC (or the Times) saying other media outlets do "PR work" for rich and powerful people in "orchestrated disclosures" in service of cynical partisan narratives and pretending it's "speaking truth to power." This just shows you how little they understand about how other people perceive their "news gathering."