Markowicz noted the Times was promoting a story to readers in their email with the headline:

David Leonhardt and Ian Prasad Philbrick creepily noted that China had success because it's a dictatorship that doesn't care about the rights of the individual: "China’s strategy would obviously not be possible in a country that emphasizes individual rights as much as the U.S. does. But China’s strategy does show what a society can do when it makes the prevention of Covid its No. 1 priority, almost regardless of the side effects."

I can not believe I'm reading this. It's like going back in history and reading Walter Duranty in real time. You have to be kidding with this. You just have to. pic.twitter.com/c8fgqfBUme

For those unfamiliar with the dark parts of the history of The New York Times, Walter Duranty reported from the Soviet Union with breezily propagandistic dispatches pleasing Moscow. Writing about a famine that killed millions of Ukrainians, Duranty insisted in 1933: “There is no actual starvation... There is no famine."

The Times duo lamely acknowledged the Chinese communist death count may be phony, but it's somehow still impressive: "Even if China’s official numbers are artificially low, its true Covid death toll is almost certainly much lower than that of the U.S., Europe or many other countries." The Times presented a chart which suggested it's plausible that China's COVID death rate is literally about 900 times lower than the rate in the United States. 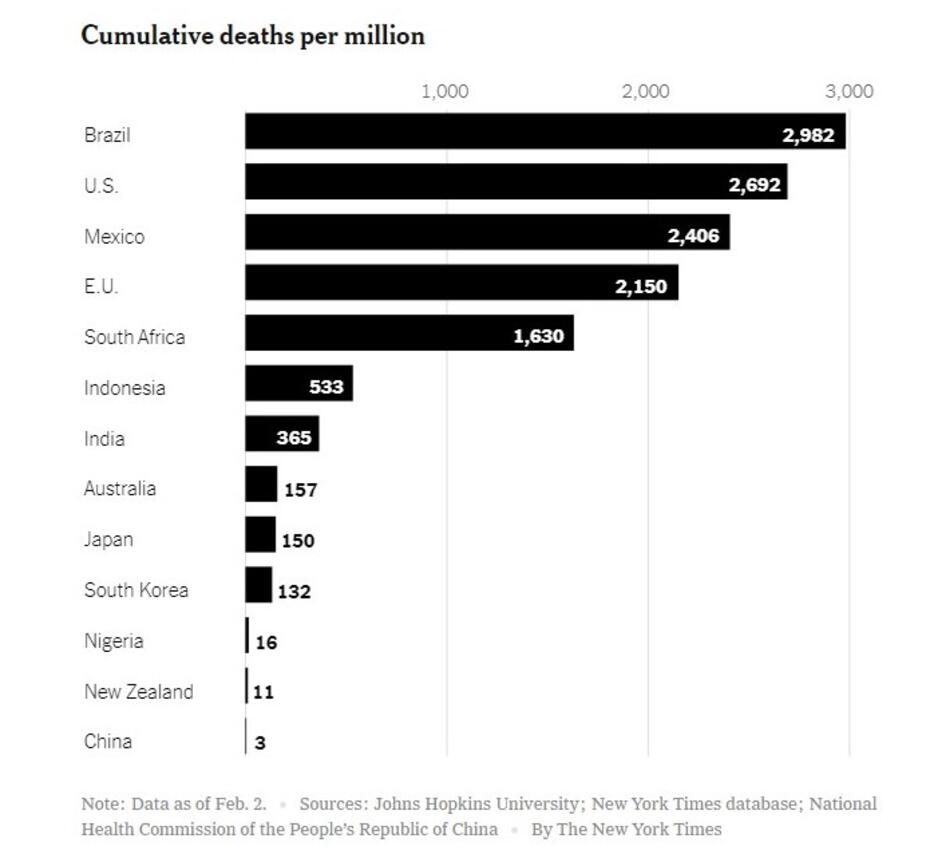 Markowicz concluded: "I know I'm supposed to be too jaded to be shocked that the NYT (and even more sadly David Leonhardt) published straight up CCP propaganda but I am still pretty shocked."