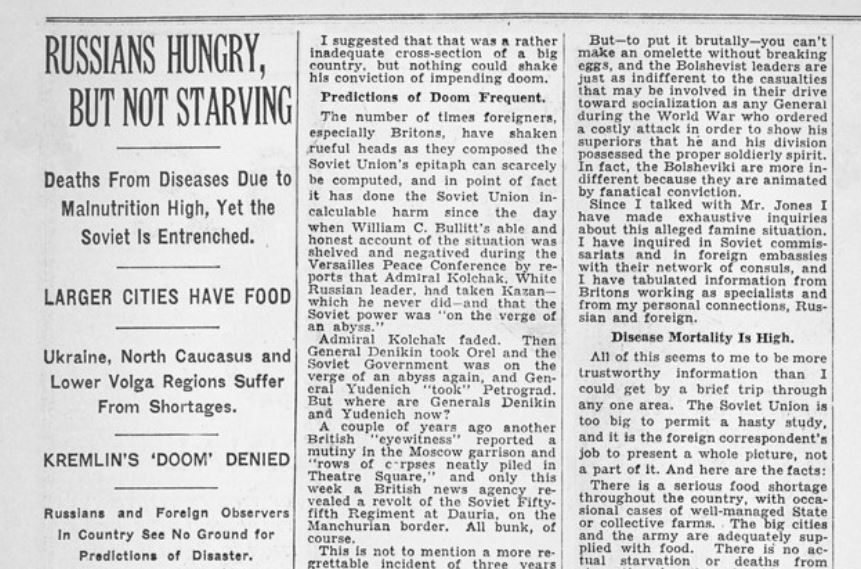 The New York Times doesn’t change. The paper is atrociously biased today and it was 85 years ago when columnist Walter Duranty proved himself to be a useful idiot for Soviet propaganda. Talking about a famine that killed millions of Ukrainians, he insisted: “There is no actual starvation... There is no famine.”

Another example from This Week in Media Bias History: CNN founder Ted Turner claimed global warming will kill “most of the people” with the survivors resorting to cannibalism.

Below are Rich Noyes’s collected tweets from the 14th week of This Day in Media Bias History. To get the latest daily examples, be sure and follow Noyes on Twitter. To see recaps of the first 13 weeks, go here.) 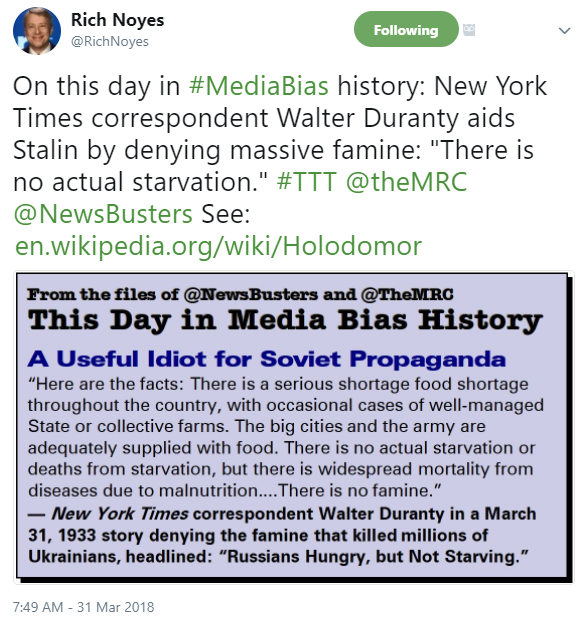 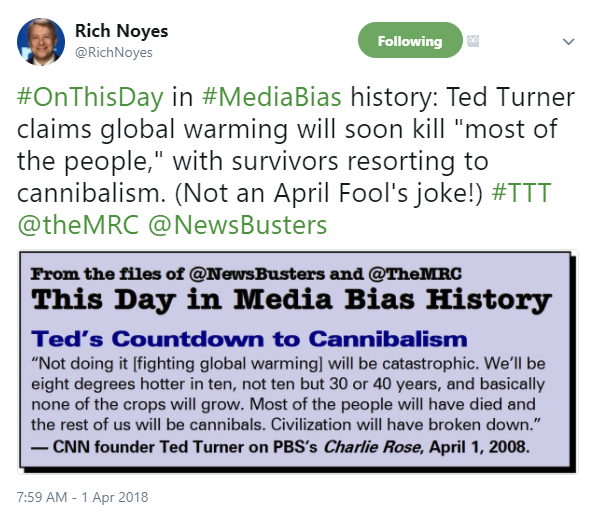 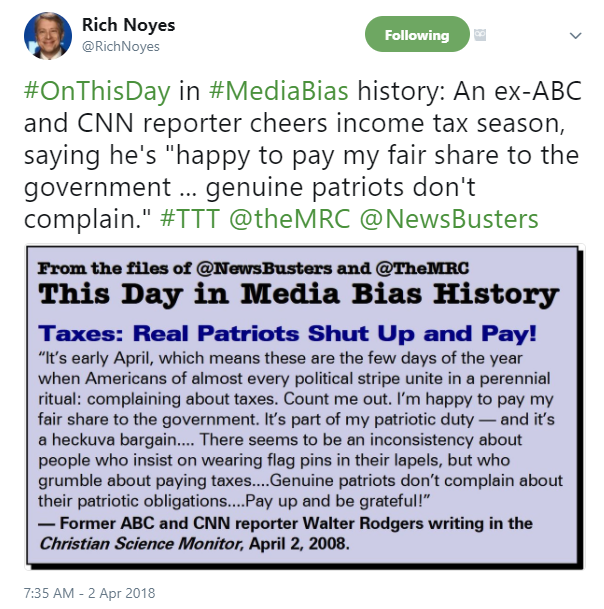 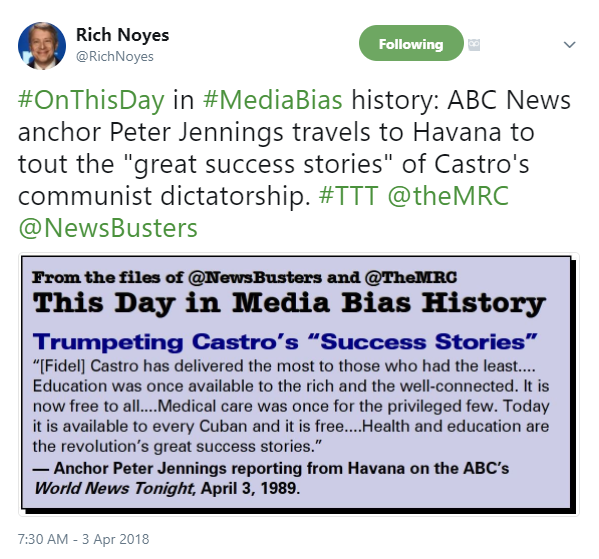 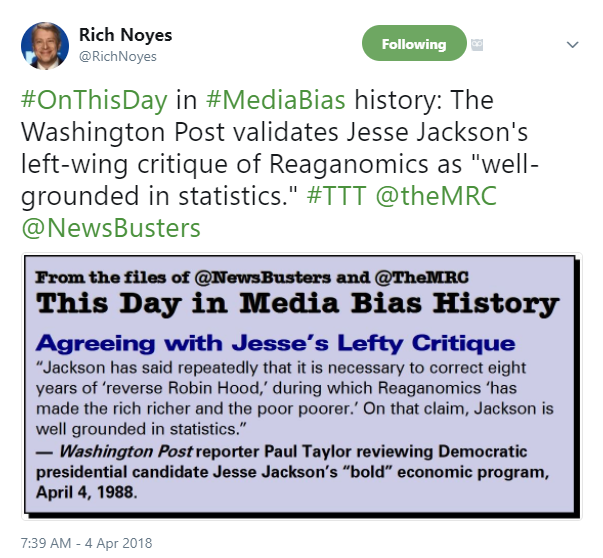 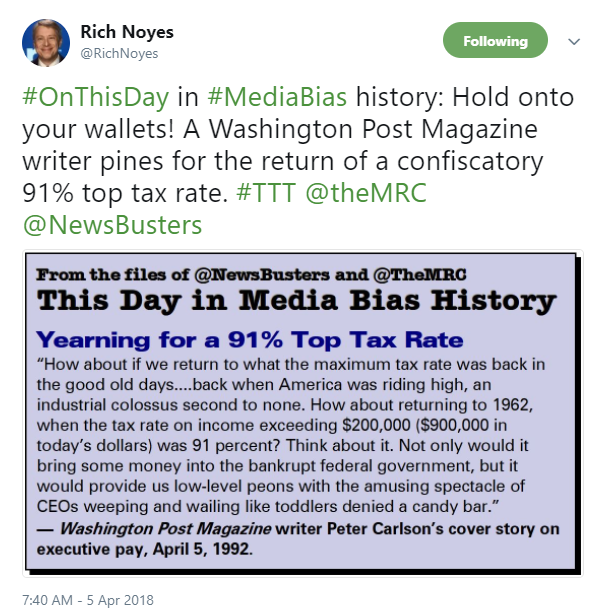 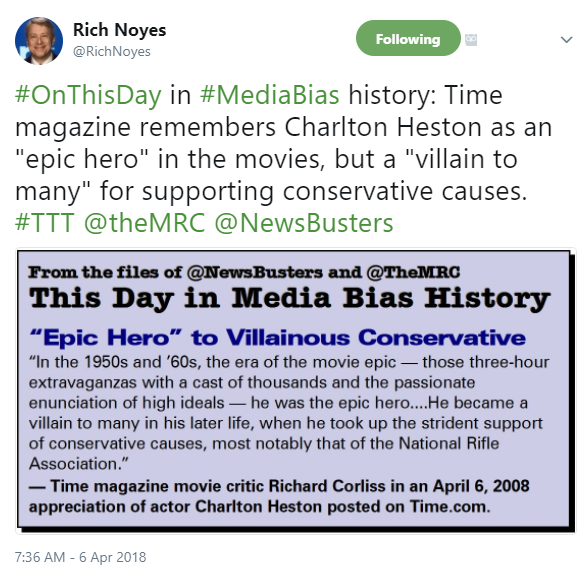