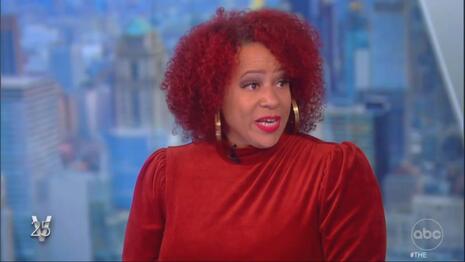 NPR offers a daily talk show called Fresh Air out of WHYY-FM in Philadelphia. Its leftist tilt is legendary, and the legend was strongly underlined on Wednesday with an incredibly servile interview with Nikole Hannah-Jones, organizer of the "1619 Project" agitprop at The New York Times.

Instead of being interviewed by the regular (white) host Terry Gross, the fawning questions came from Arun Venugopal, a race-and-gender specialist at WNYC, another NPR affiliate.

There are 15 questions offered over 36 minutes, and every single one of them is like a tongue bath, or a kiss on the cheek. But before the questions, conservatives are slammed in the introduction:

VENUGOPAL: There was also a backlash by conservatives who vowed to keep The 1619 Project out of classrooms, as well as by some historians who challenged certain assertions. But many students across the country have embraced the ideas contained in the project, including Black students. Arterah Griggs, a Black student in Chicago, felt that the project helped her realize something. We were the Founding Fathers, she said.

That brief admission of "some historians" challenging Hannah-Jones was the only miniscule note on the history-mangling in the 1619 Project. The opening questions were simple:

What was it you set out to do with [the new book] The 1619 Project: A New Origin Story?

....This year, 1619, that's now familiar to so many Americans thanks in large part to your project is something you've personally sat with and thought about since you were pretty young, isn't it?

....You tell us in your book that you went to this public high school in Waterloo, Iowa, and you managed to take this class with Mr. Ray Dial called the African American Experience, which, to me, it sounds like a pretty progressive school. Was it?

Then came more on the conservative "backlash." 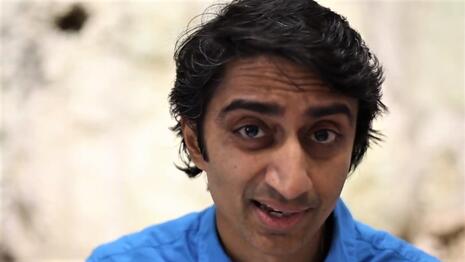 VENUGOPAL: So let's talk about the backlash which is really at the center of a much larger attempt to suppress the teaching of American history in a unvarnished forum to school-going kids. In July 2020, you note in the book, a prominent U.S. senator, Tom Cotton, introduced a bill called the Saving American History Act, which sought to strip federal funding from public schools teaching The 1619 Project. And we should remember this is the same Tom Cotton who called for an overwhelming show of force by federal troops to quell the Black Lives Matter protests last year. He said this in a New York Times op-ed that was immediately excoriated quite publicly by employees of The New York Times and which led to the resignation of the editor of The New York Times editorial page. I'm just wondering, do you see the protests in the wake of the killing of George Floyd and this backlash to teaching American history as intertwined?

NIKOLE HANNAH-JONES: Absolutely. The 1619 Project is specifically banned from being taught in Florida, in Texas and in other states by name. And then, of course, there are many more states that have now passed or are considering these larger, much more vague, anti-critical race theory laws, which I would argue are anti-history and memory laws.

Venugopal also asked if the word "woke" is ruined: "Critics of The 1619 Project or, for that matter, a lot of - critics of a lot of anti-racist work might have used a term like social justice warriors as a term of disparagement. But now they're more likely to call progressives woke. Tom Cotton said The Times is run by a woke mob. In response to all this, Joel Anderson of Slate, who is himself Black, argues that woke has become a racial slur. Do you think he's right?"

She said the word "woke" is lazy, and now a "dog whistle."

Venugopal also implied conservatives would inspire violence against her: "There is so much animus, not just against The 1619 Project, but against you personally. Are you able to walk outside and just go about your life with the feeling of safety?" At least she said yes.