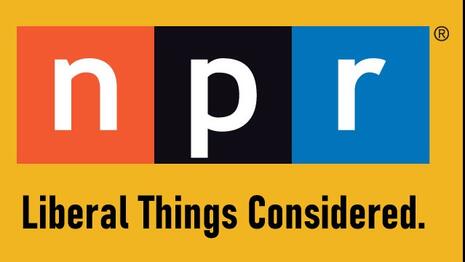 On Friday night, NPR made a complete joke out of their show title All Things Considered. They aired a completely unanimous story on Saturday’s pro-abortion march. There was no consideration of an opposing viewpoint.

The other side held their annual March for Life on January 29, but there was no one-sided pro-life story on NPR. There was no story at all.

All of the concern was for the freedom to abort babies. All of the terminology was pro-abortion terminology. It began:

ARI SHAPIRO: Abortion rights advocates will protest in cities across the country tomorrow. Many are feeling deeply uneasy just over a month after Texas enacted the most restrictive abortion law in the country. The Supreme Court is also about to start a new term, during which the conservative majority could significantly curb abortion access.

All four sources in this story were abortion activists. Reporter Danielle Kurtzleben started with H.K. Gray, who got an abortion as a teenager. She talked about making "funny" abortion TikTok videos. "We wanted to do [cartoon] Rick And Morty outside, like, Ted Cruz's office, but we had difficulties finding it."

And: "While Gray was helping push for federal abortion protections, she and her friends will also be marching in Saturday's Rally for Abortion Justice in D.C." The lingo continued, but at least they noted "the left" and "progressives":

KURTZLEBEN: To Aimee Arrambide, executive director of Texas abortion rights organization AVOW, some on the left got complacent and even shy about fighting for abortion rights.

AIMEE ARRAMBIDE: I think that we've allowed abortion stigma to permeate all of progressive actions. People call it women's health care, reproductive health care. People won't use the word abortion. Abortion tends to be the rights that get negotiated away when progressives are fighting for, you know, issue areas.

KURTZLEBEN: But she believes progressives need to stay unified in this moment and knows the Texas law is a win for abortion rights opponents.

ARRAMBIDE: While it is galvanizing people that support abortion care, the hope is it's not too late.

KURTZLEBEN: While advocates are going on offense by pushing for new laws and trying to unseat their opponents, they also acknowledge that defense against other measures is a top priority. A Mississippi law banning abortion after 15 weeks is coming before the Supreme Court this fall. The Supreme Court is where tomorrow's march in D.C. will end, and it's also where anti-abortion rights activists will hold their own prayer rally.

Before joining NPR in 2015, Kurtzleben spent a year as a correspondent for Vox.com. Forgive the cornball joke, but maybe Kurtzleben the perfect name for an abortion reporter, since roughly translated in German's it's "short life." Check out the audio below:

NPR is brought to you in part by....you. And lots of "abortion opponents." Taxpayer funding supports the national operation in DC, and hundreds of public-radio stations across America. Contact Public Editor Kelly McBride here and you could suggest maybe their show should NOT be called All Things Considered.

However, we should warn you that she told Brian Stelter thinks the conservatives that complain to her are "disingenuous" since they don't like NPR. She seems confused: you don't have to like it to end up paying for it!