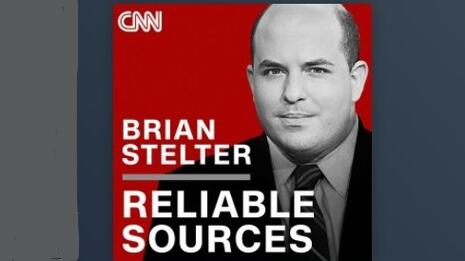 Everyone knows that NPR is liberal. Because everyone knows it, NPR is now trying to make it easier for their liberal journalists -- especially minority journalists -- to protest in the streets for their belief. On the August 5 Reliable Sources podcast with Brian Stelter, NPR public editor Kelly McBride came on to explain their relaxation of strictures on journalist activism.

Stelter asked what the main complaint is to NPR's public-editor shop, and she said "bias....either you’re too liberal, or you’re too conservative." Stelter wanted to underline the surprising note that NPR is too conservative. Then McBride communicated two obvious thoughts.

1. NPR's fan base are leftists who think NPR is too conservative. “I probably get that more. So there’s two categories of listeners, right, of complainers, who write in. One category is people who are clearly NPR listeners, right? And they demonstrate that with their familiarity with the product. Those people are probably more likely to complain that NPR is too conservative, or too moderate.

2. NPR's conservative critics don't really count, because they don't want to improve NPR. "And then there is another type of letter-writer that usually is being inspired by some outside critic of NPR – you can tell by their letters, that they’re not really listening to NPR. They are complaining because NPR symbolizes something to them in this political environment.”

These supposedly nuanced journalists cannot imagine a conservative like me who listens to NPR daily....to find something to critique.

Stelter suggested all these critics are all sharing some 30-second clip, just like CNN's (conservative) critics are not "writing about CNN as a whole."  McBride added: "And it’s not a genuine criticism, right? That’s what, on my team, we talk about this a lot. Is this person genuinely interested in improving NPR, or are they just taking a swipe because that fits into a political perspective for them? Stelter said “you’ve gotta look for that good-faith feedback.”

McBride claimed her job was to coach NPR “to achieve its own internally stated goals. It doesn’t help to be magnifying disingenuous criticism.” 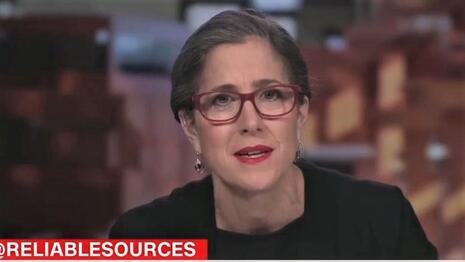 McBRIDE: So you end up with this existential crisis of ‘can I be a journalist, and also be true to these really important values of human dignity and fairness and equality and anti-racism and anti-discrimination.’

And many people, and not just journalists of color, many people in journalism have been pressuring newsrooms to constrict the definition of what political speech is, and open up and allow journalists to be more transparent about their own beliefs. Because it’s really important for people to bring their full humanity to work with them if they’re going to effective, successful journalists.

McBride said in an age of social media, the audience can pick up signals, and “I don’t think we’re going to be able to convince people that we don’t have conflicts of interest."

Stelter agreed: “We are so far past that point that I can’t even see it in the distance."

McBride replied “It’s just silly to suggest that we are somehow these humans who have no opinions, no life experiences that would inform those opinions. Of course, we all have life experiences, and that makes the journalism richer, especially when we have a diverse group of people creating the journalism. And that’s ultimately what NPR’s trying to do here."

In CNN's podcast summary, they highlighted that McBride thinks restricting minority journalists from activism is harmful: "When you talk to journalists of color who are trying to make their way in American newsrooms, they are disproportionately harmed by these conflict of interest policies."

They're still missing the point that to have a diverse set of liberals isn't really "diversity" or "inclusion." But they're not listening to our criticism. It's dismissed as "disingenous," and in "bad faith." And they wonder why the liberal media has a trust problem.