The late journalism professor Ted J. Smith III wrote many years ago in The American Enterprise magazine that the press is often guilty of an “omnidirectional” bias. They will criticize their targets for taking one course of action, which in no way stops them from later criticizing their targets for doing the opposite. Their targets are usually conservatives or Republicans.

In the current pandemic, this means the press is currently seeking to punish anyone conservative or Republican for downplaying the coronavirus threat, as well as anyone suggesting the virus was being exploited by the media as the latest cudgel against President Trump.

So now The New York Times is writing articles with headlines like “Before Virus Outbreak, a Cascade of Warnings Went Unheeded,” and “Alarm, Denial, Blame: The Pro-Trump Media’s Coronavirus Distortion.”

But they won’t consider what the anti-Trump New York Times published before March. Did they downplay or distort the threat? The president imposed travel restrictions on China in January, and on February 5, the paper’s opinion section published an article headlined “Who Says It’s Not Safe to Travel to China? The coronavirus travel ban is unjust and doesn’t work anyway.” 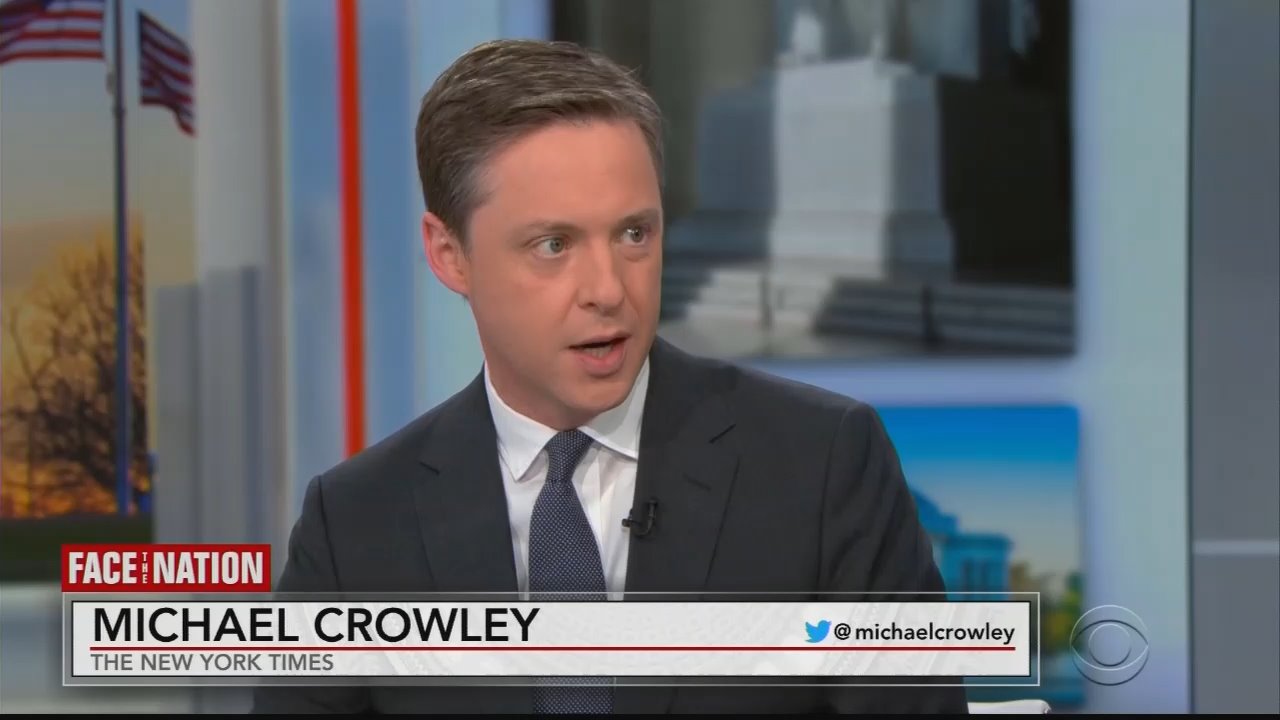 On February 10, the New York Times ran a story headlined: “Health Experts Worry Trump May Overreact to Epidemic.” Online, the headline was “Some Experts Worry as a Germ-Phobic Trump Confronts a Growing Epidemic:  When President Barack Obama contended with an Ebola outbreak, Mr. Trump demanded measures like canceling flights, forcing quarantines and even denying the return of American medical workers.”

White House reporter Michael Crowley warned Trump had a “lifelong obsession with personal hygiene” and an “extreme revulsion to germs”—which led to an overwrought response to Ebola in 2014. “Many health experts called Mr. Trump’s responses extreme…Former Obama administration officials said his commentary stoked alarmism in the news media and spread fear among the public.”

Crowley seasoned the usual Trump criticism with a quote from Ron Klain, the political operative with zero scientific credentials that President Obama put in charge of the Ebola crisis: “Our government is staffed with the best experts, scientists and medical leaders in the world. But Trump's instincts -- anti-science, anti-expert, isolationist and xenophobic -- risk that he will eschew that advice at critical points.”

The only real surprise here in this usual festival of disdain is that the Times put Klain on the record instead of buttering their bread with the usual anonymous “health experts” among “senior government officials.”

On February 28, the Times ran an article headlined “In Europe, Fear Spreads Faster Than the Coronavirus Itself: About 40 cases have been confirmed in Europe, but people and places associated with the illness face stigmatization.” Three reporters chronicled how fear was outpacing facts.

They worried about the business of a pub where an infected man had been in the south of England: “An employee confirmed by phone that the restaurant had been inundated with calls about the coronavirus. In an effort to dispel rumor, the staff posted a statement on Facebook: ‘You are not in any risk by coming into the pub.’”

Almost every media outlet has published or broadcast news stories on the pandemic that could look embarrassing in the clarity of hindsight.  But The New York Times and The Washington Post and their television repeaters are going to pretend relentlessly that it’s only the conservatives who ever downplayed the virus, and it’s only the conservatives who can be accused of “costing lives” with their cavalier opinions.  That would be….Fake News.