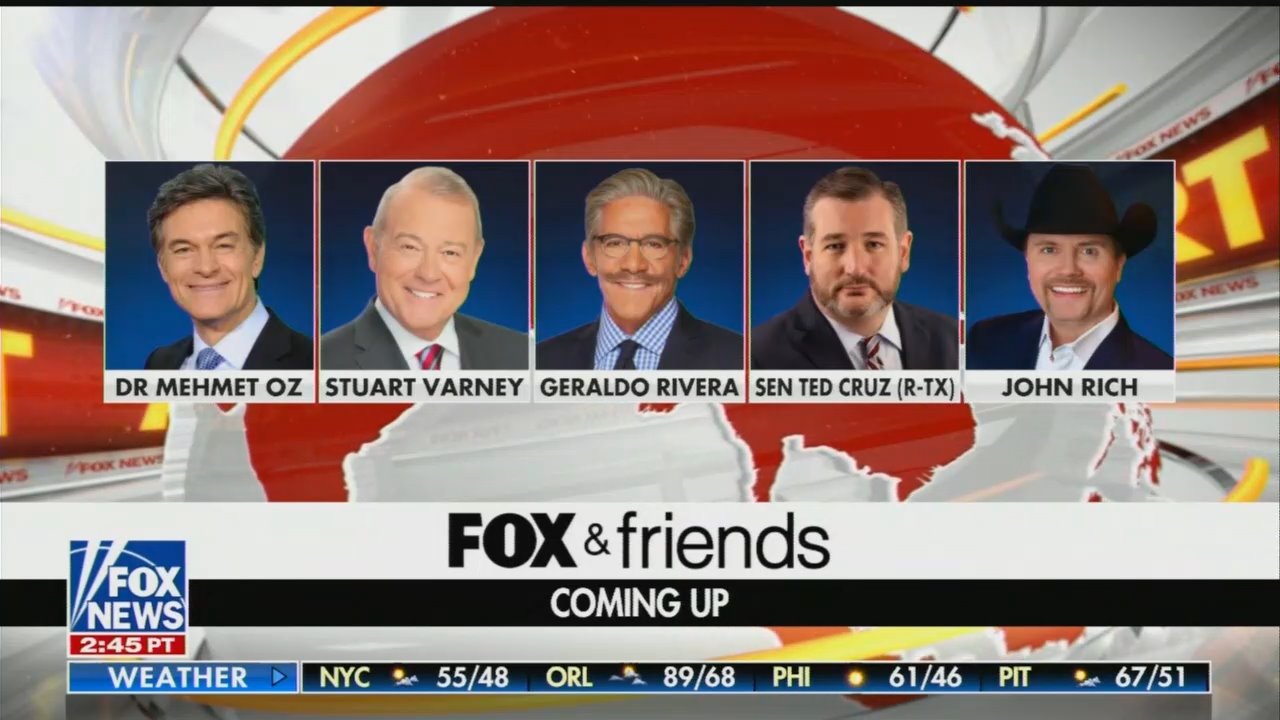 The extra-large pack of journalists who equate liberalism and professionalism in their work product cannot stand that Fox News exists. They believe everything elected Republicans do should be effectively “fact checked” and routinely punished. For Democrats, the elite media offer damage control; for Republicans, only damage.

The onset of coronavirus is simply another occasion for the usual routine. The liberal pack is prosecuting Fox for supposedly shoving Americans off a coronavirus cliff with “misinformation.” Then they equate “misinformation” with the argument that the pandemic gave the liberal media a new rationale to cripple President Trump politically.

Yes, it’s factually true that the president and the conservative media were suspicious of all the Worst Case Scenarios and expressed skepticism about the threat. Many of us were initially reluctant to be dragged into a massive government intervention. Then Italy happened.

Ben Smith, the brand-new media columnist for The New York Times, is openly prosecuting Fox for coronavirus deaths. Smith asked Ashish Jha, the director of Harvard’s Global Public Health Institute, “whether he believes people will die because of Fox’s coverage.” He said yes. “Some commentators in the right-wing media spread a very specific type of misinformation that I think has been very harmful.”

Then Smith noted Fox was compared to a virus.

“People act like Fox is a virus — beyond our control,” said Bill Kristol, who “appeared on Fox until 2012.” Kristol added: “There are people who run it, who have responsibility for it, and they could be held accountable.”

Kristol is a gentleman compared to Eric Boehlert, a leftist regular on the badly named program AM Joy. He shamelessly claimed “Fox News has been getting people killed for years. Just look at their crusade against affordable health care, their crusade against expanding Medicaid. This is not unusual for them…they are a cancer on this country.” No one “fact checks” that.

So where do we go from here? The president’s suggestions that perhaps the country could ease up on the restrictions by Easter Sunday caused another wave of rage at Trump and his “feedback loop” at Fox.

But they recognize, even at The New York Times, the reality that federal and state governments have to balance the nation’s overall health with the nation’s overall economy. They don’t trust Trump. They trust Gov. Andrew Cuomo, whose coronavirus briefings are hailed by the Times as “communal therapy sessions.” Whenever Cuomo thinks we can relax, the media will declare that the responsible, nonpartisan solution.

Cuomo has said “I take full responsibility for shutting off the economy. But we also have to plan the pivot back to economic functionality. You can’t stop the economy forever. So we have to start to think about, does everyone stay out of work?”

As she discussed at length on the Times podcast The Daily how Fox News is distorting Trump's response, reporter Maggie Haberman admitted “in fairness to him [Trump], Governor Cuomo has openly voiced the same moral dilemma that he is wrestling with.” But Haberman implied Cuomo’s moral stand was superior: “It’s just that Governor Cuomo came down on the other side of it, which was that there is no cost that can be put on human life.”

Liberal scribes love the noble-sounding ideological extreme that “no cost can be put on human life.” It’s like they’ve never observed the way a socialist health-care system mercilessly rations care, deciding some lives aren’t worth extending.  But they’ll just keep lamenting that the country’s well of information is poisoned by that one channel they pretend is the only ideologically polarizing one.