Sarah Silverman: You Must Read New York Times, PolitiFact and Snopes Are 'Helpful' 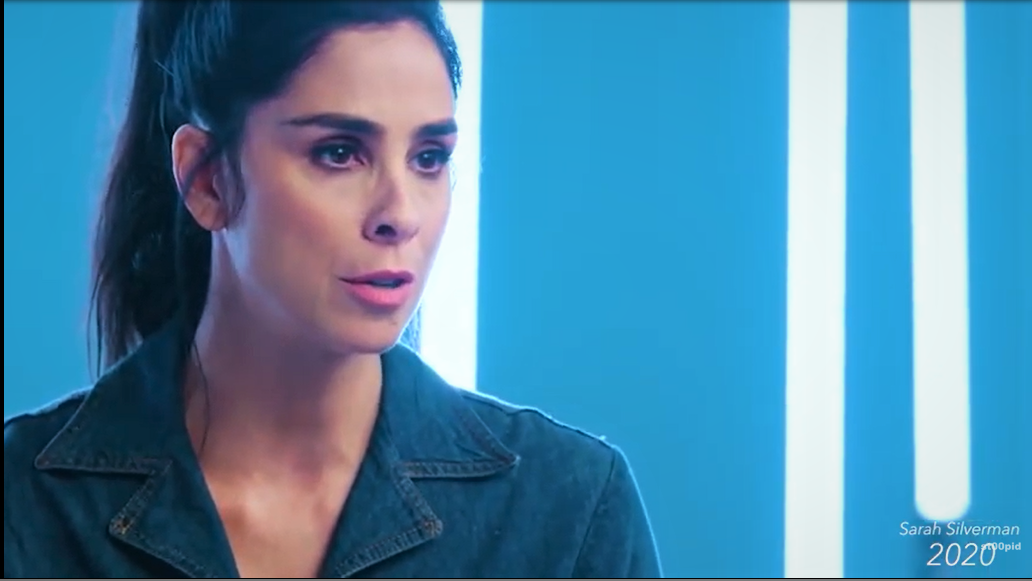 On Monday, Sarah D. at Twitchy pointed out that Bernie Sanders-endorsing activist/comedian Sarah Silverman tweeted over the weekend that people should be reading newspapers. “Not websites. Not cable news. NOT a twitter feed or FB feed (I understand this irony).” She insisted “We must all be detectives to find the truth. Politifact and [S]nopes are helpful.”

When the socialists are touting PolitiFact and Snopes as “helpful,” it underlines why conservatives are right to suspect these websites are deeply biased against them.

-- Trump lies to the people who love and trust him. Why wouldn’t they believe him? Like 1930s and 40s Germany- it’s too insane to believe this world leader is lying to us. But he is. And it’s dividing a nation who, truly, mostly agrees on what is right and wrong. These people are

-- Our brothers and sisters. They are not assholes. They are being wildly misled by a crooked president and his terrified henchmen. To say do not trust the MSM- this is the ONLY media held accountable for what it writes. 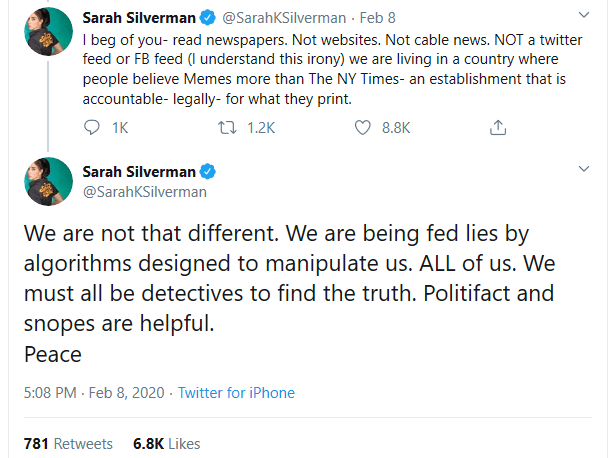 Sarah Silverman can recommend these "fact-checking" sites because they've been kind to her. PolitiFact offered only two fact-checks on Silverman, a "Half True" in 2014, and a "True" in 2015.

The single Snopes fact check is funnier, from August 2016, after the Democratic convention. This was the claim:

Sarah Silverman said "I hope the Jews did kill Jesus, I'd do it again in a second!"

Snopes rated this a “Mixture,” despite the fact that she said this on videotape, because “Sarah Silverman did not say outside the setting of a stand-up comedy routine that she genuinely wished to "kill Jesus." She joked about killing Jesus again in her 2005 comedy film Jesus Is Magic:

SILVERMAN: I hope the Jews did kill Christ. I'd do it again. I'd fucking do it again in a second.

It's fascinating that Snopes would wage war on the Babylon Bee and other satirical sites for slanting the truth, when on this comedy routine, you can't possibly believe Silverman was serious!

Whether or not Sarah Silverman’s joking about killing Jesus in the context of a comedy routine is offensive to Christians (or others) is a subjective issue. However, what was objective about the comment is that it was made as part of a stand-up comedy performance as part of a riff on religion and interfaith relationships.... No portion of the 2005 stand-up material was intended to be taken as a literal statement.

Silverman has been a "shock jock" comedian, saying all kinds of offensive things to advance her comedy career. But that's at odds with wanting to be taken seriously as a political activist. No one will do a fact check on her genius tweets like this: