The New York Times published a rather shocking article for Saturday’s newspaper. Online, the headline was an attention-grabber:

Black Workers’ Wages Are Finally Rising
Their pay is increasing after a decade of stagnation. One man’s story shows the hope — and limitations — with that shift.

Wait. So black workers’ wages stagnated....all through the Obama presidency. This is a rather stunning headline. This is NOT the headline that made the Saturday paper, published on page B-1. Instead, it was “He’s Gained A Foothold, But Worries About Falling.” 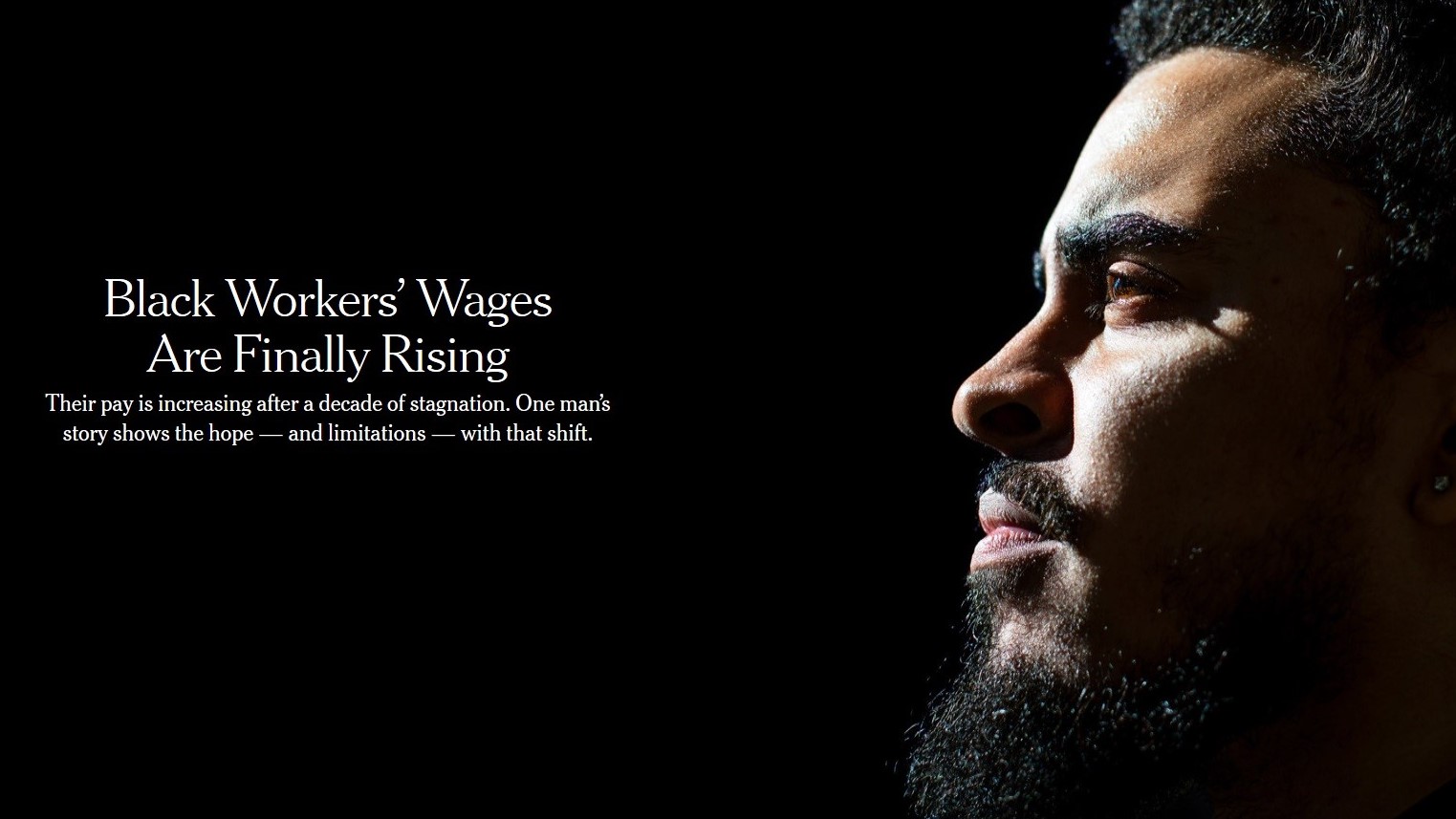 Just three years ago, he was making $13,000 working in the kitchen at a Chick-fil-A, feeling unsure about his future. Landing the $38,000-a-year position was the latest step in a rapid career ascent made possible in part by America’s record-long economic expansion and low unemployment rate.

President Trump frequently celebrates the experience of black workers, noting correctly that the group’s unemployment rate is at its lowest on record.

Their wages are also going up — a New York Times analysis of government data found that wage growth for black workers has accelerated recently after lagging for much of the decade-long economic expansion.

It’s not surprising that Mitchell’s emotions aren’t this sanguine. He worries about the rest of his neighborhood, and about how this good fortune could end: “A malignant reality lurks beneath the happy surface as black workers finally make job market progress. Not only did the gains take a decade of steady job growth to materialize, but they could evaporate at the first sign of economic weakness, as they did after previous expansions.”

And liberals would point out Mitchell rose through federally-supported Americorps. But the current economic facts are facts:

Mr. Mitchell’s story is, on one level, a lesson in the power of a strong labor market to lift up disadvantaged communities. When workers are scarce, companies are more likely to hire people without much experience or formal education, and to provide training to help those employees succeed.

Companies are also more likely to raise pay. Wage growth, which was sluggish for much of the recovery, has picked up in recent years, with the strongest gains among workers at the bottom of the earnings ladder, in jobs that are often concentrated in the service sector, like fast food and retail.

He still doesn’t have a college degree. He is hoping that his certificate and experience make up for that, but they have yet to be tested in the crucible of a recession.

What happens to Mr. Mitchell and others like him has implications for the broader economy. Historically, the gains made during periods of low unemployment have proved transitory for black workers, who are among the last to benefit from a good economy and among the first to suffer in a downturn.

But there have been few past examples of a labor market as strong and sustained as the current one.