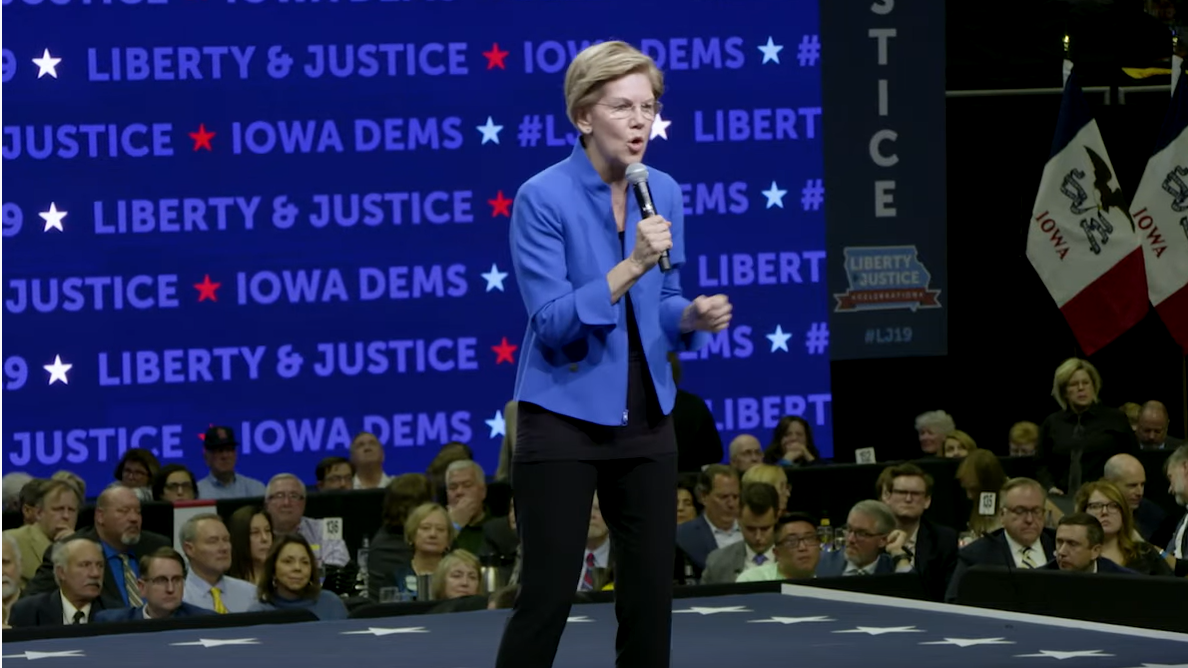 One of the maddening acts of so-called "fact checking" is the arrogant attempt to predict future outcomes at election time. It should seem obvious this is beyond the territory of "facts." The liberal media had egg on their faces in the 1992 campaign for putting red warning labels on screen that said "WRONG" when President George H.W. Bush predicted Bill Clinton would raise taxes, helping Clinton get elected. Then, President Clinton signed the largest tax increase in American history.

Now PolitiFact has slapped a "True" label on Elizabeth Warren's cost estimates for her socialist "Medicare for All" plan....even as it appends an "If true" disclaimer to it.

In an Instagram video, Warren offered a "striking figure," wrote PolitiFact's Shefali Luthra. "If we make no changes over the next 10 years, Americans will reach into their pockets and pay out about $11 trillion on insurance premiums, copays, deductibles and uncovered medical expenses."

This is oddly characterized as a "precise number," even though it comes with an "about."

The Democratic health care debate has been full of competing analyses and estimates about what Medicare for All might cost, what it might save and who would bear the brunt of paying for it. But this precise number was new to us.

If true, it would be a figure both staggering and significant to the unfolding debate, as Americans try to understand how Warren’s brand of a single-payer health system could affect their pocketbooks. So we decided to dig in.

As usual, PolitiFact turns to left-wing experts to back up its "True" rating, since Warren's campaign referred them to a report by economist Linda Blumberg of the liberal Urban Institute.

"Talking about the amount of money we expect households to be spending over time is a very important part of trying to educate people on what single-payer would do, and what the tradeoffs are for them," said Blumberg, who previously advised the Clinton White House on health policy. On the numbers, "they’re roughly in the right neighborhood," she added.

We consulted other analysts, too, and as far as we can tell, no one else has done a similar calculation.

Experts told us that Urban’s estimate — and the Warren campaign’s use of it — checks out, based on what we know about American health care spending.

In a presidential election, journalists and "fact checkers" should show extreme caution in telling voters what a candidate's plan is going to cost, since everyone knows that whoever is elected, their proposal will probably be altered before it is sent to Congress, and an absolute certainty that Congress will alter it further. Even then, trying to project expenditures over ten years often turns out to be wrong.

Then PolitiFact included this profoundly un-factual sentence: "Under Warren’s health care plan, Americans would pay nothing directly out-of-pocket — no premiums, copays or deductibles — for health care. So that $11 trillion would disappear from the cost side of the ledger." Wrong. They would pay directly out-of-pocket -- in dramatically higher taxes.

Luthra summed up: "The $11 trillion figure is staggering — and it checks out. Whether and how to address that issue is fiercely controversial, but on this particular stat, Warren’s statement is accurate. We rate it True."

It should be "fiercely controversial" to proclaim anyone can really predict what it would cost to impose socialism on American health care. But it would appear that PolitiFact, the "independent" fact checker, is lining up to help promote the Warren campaign...just as they were used to argue Hillary Clinton was "fundamentally honest."