On PBS, Mark Shields Tells Dems: 'The Time for Protest...and Shrieking Is Over'

On Friday's PBS NewsHour, liberal analyst and columnist Mark Shields took a position for civility, arguing that Kavanaugh rage-filled critics on the Left shouldn't be protesting after the fight has ended. The Supreme Court is too important for ongoing agitation:

MARK SHIELDS: It's only 18 years ago that the Supreme Court resolved Bush v. Gore. That was a case where the vice president of the United States had won the popular vote, and the court chose his Republican challenger as the winner by a 5-4 vote. In an act of enormous statesmanship and generosity of spirit, Al Gore accepted it and called upon his supporters to accept it.

I don't know, given today's climate, as David described it, if a court decision would be accepted without fighting in the streets. And I will say to this. The supporters — the critics of Judge Kavanaugh who are holding basically rallies in the Capitol today tomorrow are only hurting their cause. They aren't helping anything. They are not — they are not serving their — there are purposes of protest. This is — the time for protest on this and shrieking is over.

The media elites now claim the need for institutions to "heal," but will they as a group discourage ongoing protests and talk of Kavanaugh impeachment attempts?

In addition to high praise for Al Gore, Shields praised Chief Justice John Roberts for acting as a judicial activist as he preserved Obamacare: "And the court for the most part, I think, have acted as grownups. I think particularly aware of this is Chief Justice John Roberts, I think who basically preserved the court and our electoral process in upholding the Affordable Care Act, that this had been a political decision, politically made, arrived at, people knew what they were doing, and he refused to overturn it."

Somehow it was terrible that Kavanaugh defended himself on Fox News Channel and in the Murdoch-owned Wall Street Journal. As if Supreme Court justices don't pick friendly venues, right, Sonia Sotomayor? 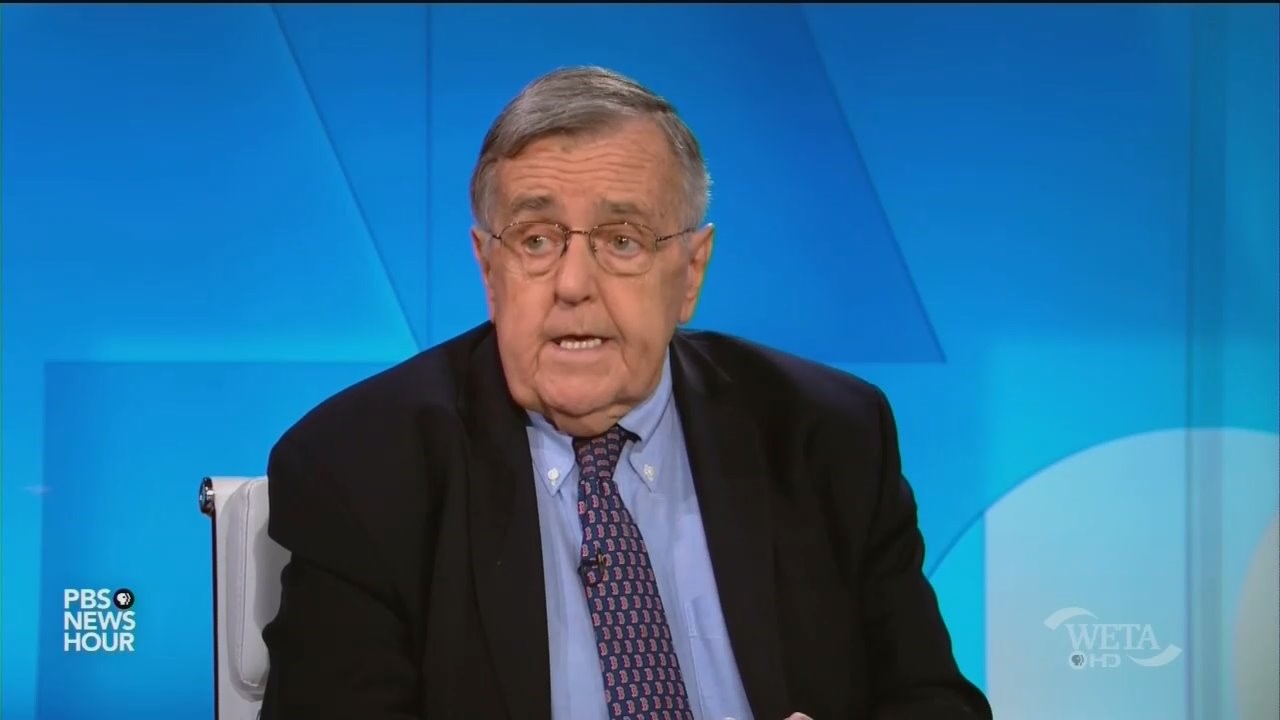 To make his case, he went on Fox television to present himself as a family man, a loving father, a devoted husband,a solid citizen. And a week later, under siege, he chose Fox's own Wall Street Journal editorial page to make his case of apology for perhaps his overreaction. I say this only because I contrast it in 1960, when John Kennedy, under siege for his [Catholic] religion, went to the Houston ministers, a rather unfriendly venue. In this case, he chose — again, in our political — to go to your own silos. And I just think that's where we are.

Shields disliked Republicans who wanted to believe Ford, but not about Kavanaugh: "I do think there was sort of a facile response on the part of Republican senators, who said, oh, she's so convincing, she's so compelling, she is so believable, something happened, but she just has to be wrong about it happening with him. I mean, I just found that off-putting and patronizing." His pseudoconservative other half David Brooks agreed.