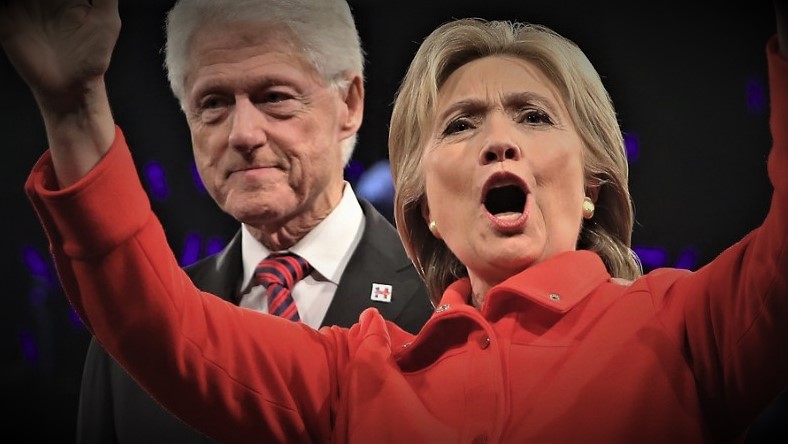 While the Kennedys didn't stop the Chappaquiddick movie, it looks like the Clintons can still create "second thoughts" in Hollywood. The Hollywood Reporter notes Glee creator Ryan Murphy "hit the brakes" on a season of his FX series American Crime Story centered on Monica Lewinsky.

Though Jeffrey Toobin's 2000 best-seller, A Vast Conspiracy: The Real Sex Scandal that Nearly Brought Down a President,was optioned as source material more than a year ago, Murphy says they had second thoughts. And he's already relayed as much to a relieved Lewinsky, whom he ran into at a Hollywood party.

"I told her, 'Nobody should tell your story but you, and it's kind of gross if they do,'" Murphy recalls saying. " 'If you want to produce it with me, I would love that; but you should be the producer and you should make all the goddamn money.'"

This is actually reminiscent of 1998. The Clintons could never complain about the liberals favoring them in their news coverage of Lewinsky. They just wanted the story to die and never return. It's not just using Toobin's Ken Starr-bashing text as your source material. Openly gay Murphy is a die-hard Democrat and held a fundraiser for Barack Obama in 2012 at his home. His 2017 season of American Crime Story was a horror-movie take on the Trump victory called subtitled Cult. It began with sobbing Hillary supporters saying "I won't believe anything until Rachel Maddow says it."

Murphy never found it "kind of gross" to profit from the murders of O.J. Simpson's wife Nicole and Gianni Versace, not to mention the vicious Trump series.

The History Channel in September announced that it would air The Breach: Inside the Impeachment of Bill Clinton, a six-part drama by Nashville executive producer R.J. Cutler. But when we contacted the network Wednesday for a status update, a rep told us that “we made a decision not to move forward on that.” Instead of the quietly canceled feature series, which was to be based on [New York Times] journalist Peter Baker’s bestseller The Breach, the network is planning a “docuseries” on the matter, the rep says, though they have yet to release the details about it.

You might wonder why the History Channel ever put that series on the drawing board, since they knuckled under in 2011 on a Kennedy drama series they actually made with Greg Kinnear as JFK and Katie Holmes as Jackie. It aired instead on the obscure channel Reelz.

Heil noted the Clinton campaign of dramatis interruptus is not yet complete. Amazon Studios optioned a drama called Linda and Monica, on Lewinsky's friendship with Linda Tripp. There's a test of whether Amazon/Washington Post owner Jeff Bezos is a really good Democrat.