In Sunday’s Washington Post, art critic Philip Kennicott unloaded on images of American “fascism” in a new exhibit in New York featuring photographs of the unjust internment of Japanese Americans during World War II titled "Then They Came For Me." That’s somehow comparable to Trump if he deported “Dreamers.” That would be a "looming civic crisis." The online headline was “If America fails its people again, what will the catastrophe look like?” In the paper, it was simply "Images that provoke deja vu."

In his 1,571 words, Kennicott never used these words: Franklin Delano Roosevelt. Or any reference to the Democratic Party.

In the penultimate paragraph, after 1,310 words were unloaded, Kennicott did cite liberal Earl Warren, a fervent booster of the internment, and how he expressed deep regret after the end of his tenure on the Supreme Court. 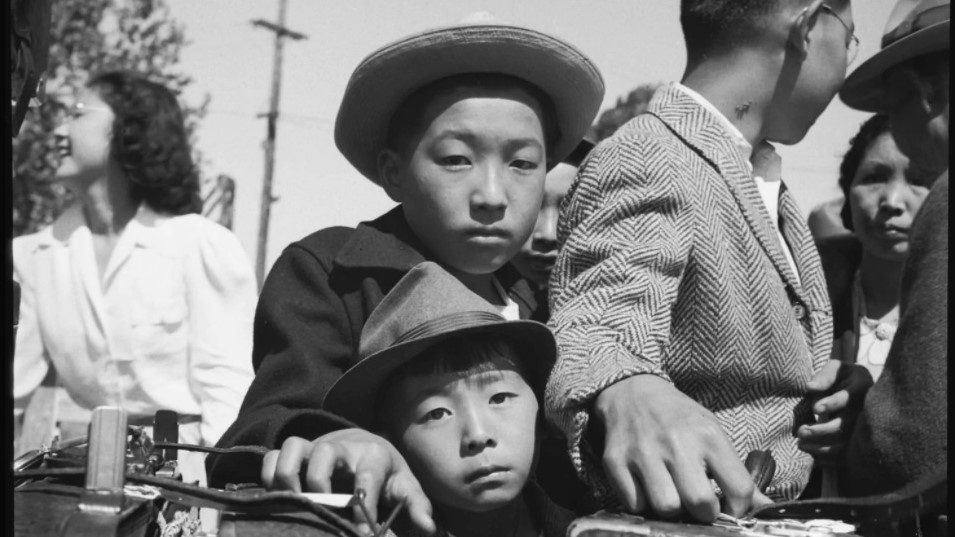 "The stress of it was that she thought that we were entering a period of fascism, and she thought that she was viewing the end of democracy as we know it," her assistant Christina Gardner recalled later. The exhibition at the ICP [International Center of Photography], paired with another that explores the legality and ethics of the U.S. government's global war on terrorism, is clearly intended to underscore the disturbing historical affinities between our current moment and the events that so profoundly disturbed Lange more than 75 years ago.

Internment and deportation are not exactly similar. But Kennicott thinks these alleged "disturbing historical affinities" are caused by demagogic politicians who exploit racism:

The internment of Japanese Americans wasn’t prompted just by war fears and hysteria; it was preceded by decades of prejudice and racism. The ground was prepared for their mistreatment by demagoguery. The internment, as many U.S. leaders confessed even at the time, served no rational purpose, and in fact damaged American interests and the economy, with impacts on agriculture and business, and high costs for sustaining a formerly productive population as prisoners. Like the removal of Native Americans from their homelands in the 19th century, the internment of Japanese Americans required financial investment, organizational skills, logistical efforts and bureaucratic oversight. The removal of some 800,000 dreamers who filed for DACA protections, and the millions more who haven’t, will similarly require enormous public resources and expenditure.

Kennicott concluded that while the U.S. government apologized for interning 120,000 Japanese Americans, the price of our "prejudice" is much higher now:

If the dreamers are expelled, there will be many times that number of victims. It will happen in an age that has given up as quaint the notion that America is fundamentally good and can never do wrong. America First suggests a different self understanding: Our country is fundamentally aggrieved and need not endeavor to do right.

This recalls an earlier item on Kennicott vs. America: After Torture Report, WashPost Art Critic Rails Against Our 'Gauzy View of American Goodness'.