Fresh off his effluvium of enthusiasm for the new Barack and Michelle Obama portraits, Washington Post art critic Philip Kennicott ripped into the Age of Reagan in reviewing a new exhibit at Washington's Hirshhorn Museum that “explores the evaporation of the line between art and commodity in the 1980s.” Were the progressive artists mocking consumerism and capitalism....or getting caught up in its troubling hegemony?

Attacking Reagan apparently required a dollop of the never-ending Fake News of the Reagan administration’s “purposeful neglect” of homosexuals dying from AIDS: 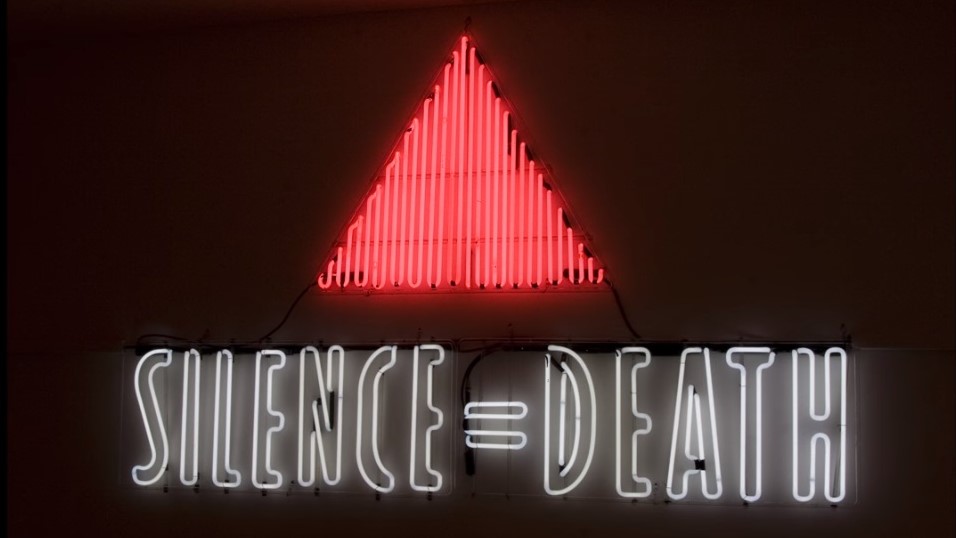 It ends with the economic crash of 1987 and the age of AIDS, a disease cruelly exacerbated by the sudden right turn in American politics to a sunny, mindless optimism that privileged consumption over compassion, selfishness over the social contract, and American power over American idealism. Artistically, and culturally, we are directly descended from the greed and hypocrisy of the 1980s — a fact that this exhibition emphasizes and perhaps implicitly endorses.

The Guerrilla Girls managed to use the techniques of advertising effectively to challenge the misogyny of the art world; so, too, the artists of Gran Fury, who created the iconic “Silence=Death” logo to call attention to the Reagan administration’s purposeful neglect of the AIDS crisis.

Leftists often try to call it "neglect" based on speech, not on spending. They claim Reagan did say the word "AIDS" until 1985. But Brent Bozell and I took that tactic apart in a column:

Now, try finding Walter Mondale "mentioning AIDS publicly" when he ran against Reagan in 1984. It didn't come up in the presidential debates. It's nowhere to be found in his 1984 convention speech. A Nexis search of The Washington Post and The New York Times in 1984 doesn't locate a Mondale quote on AIDS.

That doesn't lead liberals to claim the Democrats were guilty of "purposeful neglect of the AIDS crisis" in the mid-80s. Or the journalists who asked the debate questions in 1984.

A video by the Hirshhorn Museum insists their Eighties exhibit is "Razor-sharp, witty, and deeply subversive."