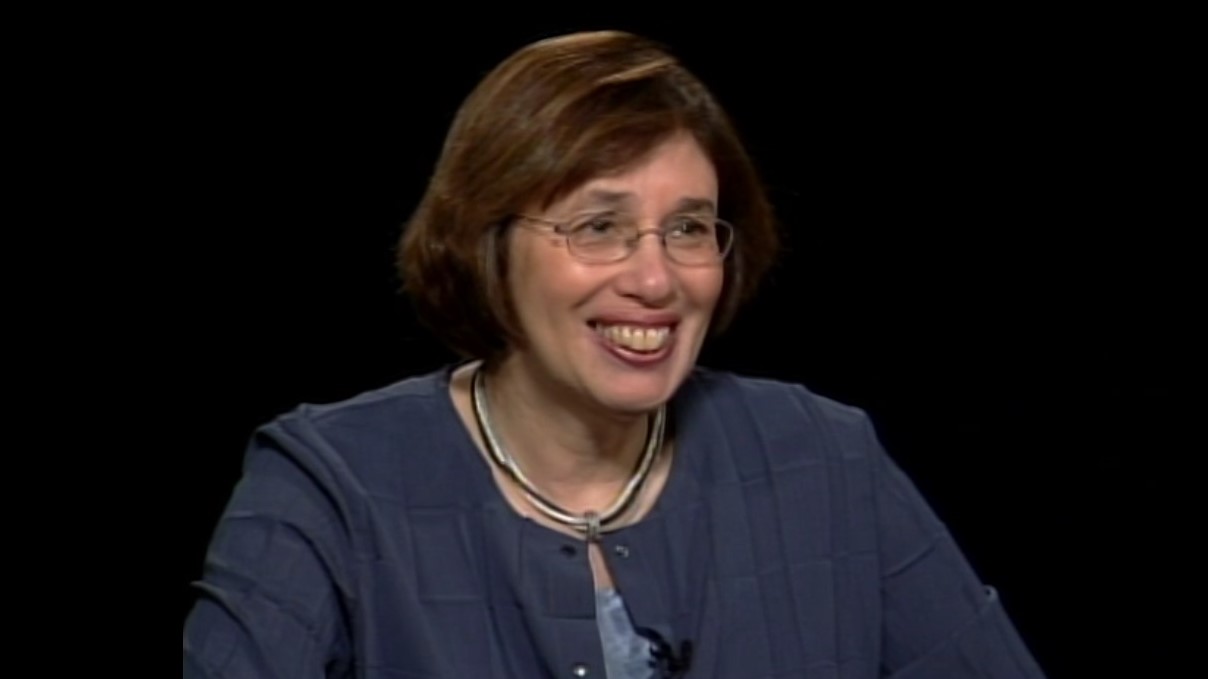 Former New York Times reporter Linda Greenhouse is really letting it all hang out in her new book Just a Journalist, writing about how she was thrilled to violate all the norms of "objective" journalism while working for 40 years at the Times. Monthly donations to Planned Parenthood, marching for abortion rights, attending fundraisers for Democrats: she did it all, and she's glad she did, even as she covered 29 terms at the Supreme Court.

Washington Post book critic Carlos Lozada bluntly explored "blurring the line between citizen and journalist" and the debate inside the liberal media about activism vs the "false equivalence" of attempting fairness and balance.

Linda Greenhouse, who stepped down in 2008 after decades as the Supreme Court reporter for The New York Times, calls herself an “accidental activist” in the cause of breaking barriers between the role of journalist and that of citizen. But after reading her new book, Just a Journalist,” I think only half of the description really holds.

Greenhouse is indeed an activist. There just doesn’t seem to be much accidental about it.

Journalists who want activism to come first were happy at what Donald Trump was causing: a more explicit turn to transparent editorializing in the "news" columns:

Greenhouse looks upon her old colleagues in the fray and seems thrilled. “I watched with fascination as editors and reporters struggled with how to respond to Donald J. Trump’s exaggerations and outright lies,” she writes. “It was with relief that I saw loyalty to the old rules erode and eventually buckle as editors and writers met their higher obligation to tell their audiences the truth as they understood it.”

A "higher obligation to the truth" is code for "uncorked, free-flowing liberal propaganda." Obviously, that would not include a "higher obligation" to explain the sordid side of Planned Parnethood -- not when you're a regular donor. Lozada unfurls a series of Greenhouse activist episodes (emphasis mine):

In a 2006 speech for alums of Harvard’s Radcliffe College, Greenhouse criticized the “law-free zones” that the George W. Bush administration had erected at Guantanamo Bay and Abu Ghraib, and declared that religious fundamentalism was hijacking public policy. (“I don’t have to explain myself to you,” she replied when an NPR reporter called her about it.)

In remarks at a 2008 fundraiser that honored former New York governor Hugh Carey — an event Greenhouse forked over several hundred dollars to attend — she declared Carey “the finest public servant I had ever known.” She knew she had “crossed a line,” she admits, but she felt a “thrill” at her transgression.

Greenhouse also revisits her participation in a 1989 march for reproductive rights on the Mall in Washington, an event that, as the Supreme Court reporter, she was not covering for the paper. She informed colleagues and managers that she was going and says no one warned her against it. When her presence became the subject of coverage in The Washington Post, Greenhouse’s boss, Washington bureau chief Howell Raines, consulted with the honchos in New York and told Greenhouse she would have to apologize publicly. Except she wasn’t sorry. “The person I felt sorry for was Raines, who was unable to summon the will to defend me,” she writes.

In the pages of the Times, Raines announced ''She now acknowledges that this was a mistake and accepts the policy.'' This would seem to be untrue.

Her rationale for marching, she explains, is that she did not do so in her capacity as a journalist. “I decided I would just go as a citizen,” she writes. It is the same explanation she gives for her remarks about Carey. “I wasn’t there as a reporter,” Greenhouse emphasizes. “I had paid my own way to attend the dinner as a citizen. So it was as a citizen that I spoke.” And she acknowledges that for decades she made monthly donations to Planned Parenthood, even while reporting on the Supreme Court. “It was important to me to write a check every month and sign my name,” she writes. “It was the signature of a citizen. The stories that appeared under my byline, on abortion and all other subjects, were the work of a journalist.”

Greenhouse begins her book explaining that her purpose is to explore the relationship between journalist and citizen, and to “question whether prevailing norms fix too rigid a boundary between the two roles.” Yet she constantly affirms that boundary. Report on Supreme Court decisions on abortion rights for the New York Times? That’s Greenhouse the journalist. March for reproductive rights and donate to Planned Parenthood? That’s Greenhouse the citizen. Rather than meld her identities, she dons or sheds them whenever convenient.

Lozada concluded with a lament: "I kept hoping for a strident defense of the independence of the journalist as a full individual, of the ability to hold personal convictions while reporting authoritatively on the events of the day. But this position is more stated than argued."

This is why conservatives laugh at phrases like the "independence of the journalist," as they quite obviously line up on one side of the political divide and favor it profoundly in their "independent" reporting.