Kenneth Stern, a former CEO at National Public Radio, has a shocking new book out called Republican Like Me: How I Left the Liberal Bubble and Learned to Love the Right. After spending extensive time with conservatives, Stern realized that the national media are reporting from inside a liberal-dominated culture. He summarized his discoveries in the New York Post:

Most reporters and editors are liberal — a now-dated Pew Research Center poll found that liberals outnumber conservatives in the media by some 5 to 1, and that comports with my own anecdotal experience at National Public Radio. When you are liberal, and everyone else around you is as well, it is easy to fall into groupthink on what stories are important, what sources are legitimate and what the narrative of the day will be.

It seems only former executives admit national newsrooms "anecdotally" are liberal bubbles, where most journalists don't tend to trip over a conservative viewpoint inside their supposedly objective environment. Stern worked at NPR from 1999 to 2007, but before that worked as deputy counsel for the 1996 Clinton-Gore reelection campaign and as chief counsel to the 1997 Clinton inaugural committee. Here's how Stern came to realize he hadn’t learned enough about conservatives:

Spurred by a fear that red and blue America were drifting irrevocably apart, I decided to venture out from my overwhelmingly Democratic neighborhood and engage Republicans where they live, work and pray. For an entire year, I embedded myself with the other side, standing in pit row at a NASCAR race, hanging out at Tea Party meetings and sitting in on Steve Bannon’s radio show. I found an America far different from the one depicted in the press and imagined by presidents (“cling to guns or religion”) and presidential candidates (“basket of deplorables”) alike.

Stern spent time with evangelicals and went to the Urbana conference (sponsored by InterVarsity Christian Fellowship) with thousands of college-age Christians. He discovered they weren’t caricatures of bitter, selfish racists: “ I certainly didn’t expect the intense discussion of racial equity and refugee issues — how to help them, not how to keep them out — but that is what I got...it left me with a very different impression of a community that was previously known to me only through Jerry Falwell and the movie “Footloose.”

Then he met the hunters: 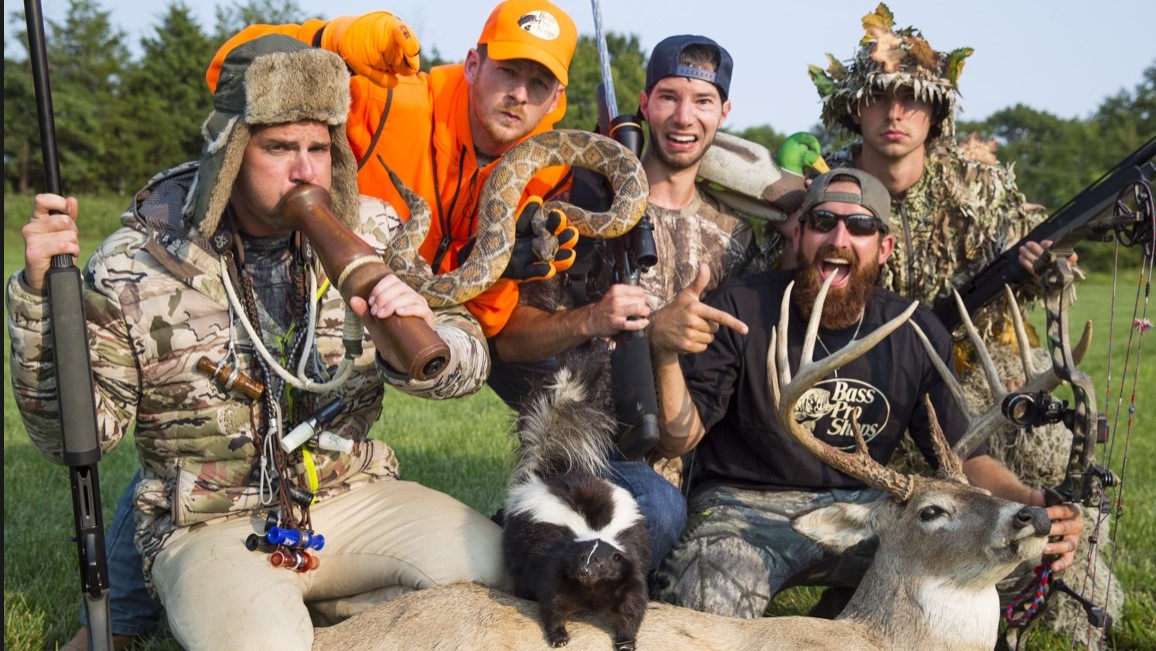 None of my new hunting partners fit the lazy caricature of the angry NRA member. Rather, they saw guns as both a shared sport and as a necessary means to protect their families during uncertain times. In truth, the only one who was even modestly angry was me, and that only had to do with my terrible ineptness as a hunter....

Gun control and gun rights is one of our most divisive issues, and there are legitimate points on both sides. But media is obsessed with the gun-control side and gives only scant, mostly negative, recognition to the gun-rights sides.

Take, for instance, the issue of legitimate defensive gun use (DGU), which is often dismissed by the media as myth. But DGUs happen all the time — 200 times a day, according to the Department of Justice, or 5,000 times a day, according to an overly exuberant Florida State University study. But whichever study you choose to believe, DGUs happen frequently and give credence to my hunting friends who see their guns as the last line of defense for themselves and their families.

Stern still found President Trump’s attacks on the liberal media to be “terribly inappropriate coming from the head of government,” but he concluded:

At the same time, the media should acknowledge its own failings in reflecting only their part of America. You can’t cover America from the Acela corridor, and the media need to get out and be part of the conversations that take place in churches and community centers and town halls.

To be fair, reporters spent a lot of time trying to understand the mysterious species known as the Trump voter. But that doesn’t mean they won’t stop inundating those voters with their own biased journalism.

[Hat tip on the image: Dude Perfect on YouTube]