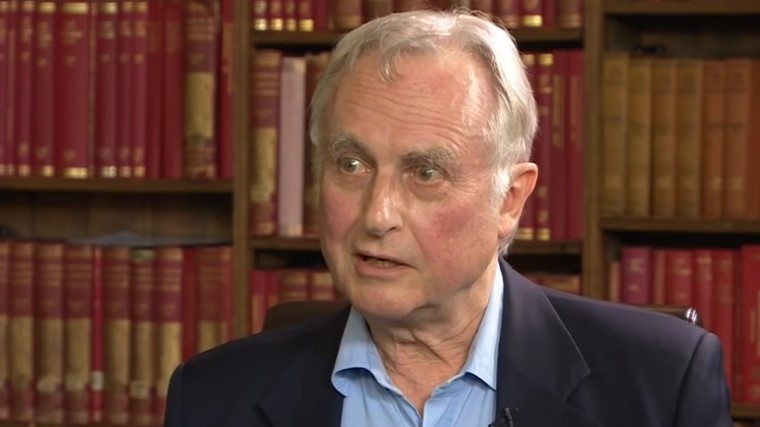 On Saturday morning's Weekend Edition, in the wake of the despicable bombing of the Ariana Grande concert in Manchester, England, NPR host Scott Simon welcomed staunch atheist Richard Dawkins, author of (most notably) The God Delusion, to discuss the role of "religion" in terrorism.

Simon tiptoed around singling out one particular religion as the most prone to terrorism in this century.

SCOTT SIMON: You've been outspoken and unbowed in your beliefs that religion plays a role in terrorism.

RICHARD DAWKINS: Well, I think it obviously does. I mean, every time one of these things happened - and we know what the person says. It's usually 'Allahu Akbar.' This is in the name of religion. That -- of course, it's very important to say this doesn't mean all Muslims agree with it. But nevertheless, it is true --

SIMON: Or for that matter, all terrorism is -- has been inspired by religion.

DAWKINS: That's right. But a huge amount of it is. And religious faith really does motivate people to do terrible things. If you really, really believe that your god wants you to be a martyr and to blow people up, then you will do it. And you will think you're doing it for righteous reasons. You will think you are a good person….It's one of the few things that's really strong enough to motivate people to do these terrible things.

Simon accepts that answer without making any distinctions between the world's largest religions. The problem of Christian terrorism -- like in Ireland in the last century -- has faded. This also includes the distinctions of how Muslims can peacefully practice their faith in Christian nations, but it doesn't tend to work the other way around.

As Simon dragged him into a surely annoying exchange on whether atheists do fewer good works, Dawkins would nudge him into the uncomfortable territory on Muslim intolerance:

SIMON: I want to -- look, I respect atheists and atheism. But I want to pick up a nice argument we used to have every couple of years with Christopher Hitchens, your friend. And that's -- you can respect atheism. I've covered a lot of wars, famines and tragedies. And it seems to me, truly, every theater of suffering I've ever been to, there is a dauntless nun, priest, clergy or religious person who was working very selflessly and bravely there for the good of human beings. And I don't run into organized groups of atheists who do this.

The Center for Inquiry, which I'm now associated with - my foundation is now associated with, does an enormous amount where it can. For example, we have a program called Secular Rescue, where we go in there and, literally, rescue people in danger of their lives because they are threatened because they're apostates or blasphemous and are threatened.

And let's guess which countries have the death penalty for apostasy or blasphemy....they're not Christian, not at all.