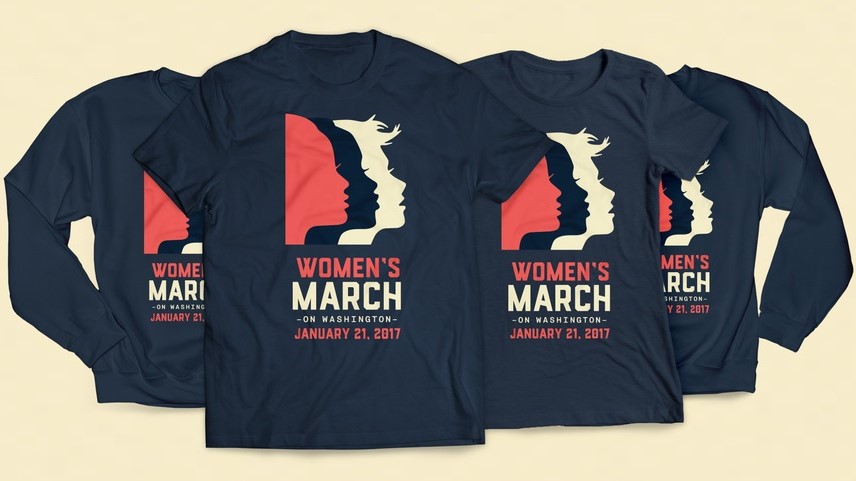 The Washington Post launched a new double standard on the front page on Wednesday. On the top half of the front page came this headline: "Inauguration protest began as a vent: More than 100,000 say they plan to participate in Jan. 21 women's march." Liberal protests are more newsworthy than conservative ones.

Six days later, the annual March for Life will engulf the nation's capital with tens of thousands of pro-lifers. It's safe to guess that won't be a front-page story, before or after it happens. Last year, the large crowd -- perhaps reduced by an incoming snowstorm -- was described as "small" in a WashPost headline, as Katie Yoder analyzed it.

Post reporters Perry Stein and Sandhya Somashekhar credited obscure Hawaiian attorney Teresa Shook for planting the seed that would become the Women's March on Washington, which, they can't stop mentioning, will be very well-attended:

Now, more than 100,000 people have registered their plans to attend the Women’s March on Washington in what is expected to be the largest demonstration linked to Donald Trump’s inauguration and a focal point for activists on the left who have been energized in opposing his agenda....

Organizers say plans are on track, after securing a permit from D.C. police to gather 200,000 people near the Capitol at Independence Avenue and Third Street SW on the morning after Inauguration Day....

More than 150,000 women and men have responded on the march’s Facebook page that they plan on attending. At least 1,000 buses are headed to Washington for the march through Rally, a website that organizes buses to protests. Dozens of groups, including Planned Parenthood and the antiwar CodePink, have signed on as partners.

Inside the paper came this headline/prediction: "Women's march could be biggest inaugural demonstration." Wishful thinking = news.

In addition, there are the famous names who signed up: "Feminist icon Gloria Steinem has recently signed on as a march co-sponsor, and celebrities including Amy Schumer, Samantha Bee and Jessica Chastain say they plan to attend." It all started to sound more like a commercial than a news story.

The Post allows the protest organizers to claim whatever they want, even as it contradicts itself, starting with "Organizers insist the march is not anti-Trump, even as many of the groups that have latched on to it fiercely oppose his agenda."

And: "Feminist scholars say the march reflects an emerging view of feminism: one that is less defined by reproductive issues, such as birth control and abortion, and more by how the challenges faced by women intersect with those encountered by African Americans, the LGBT community and immigrants. Still, reproductive rights will be a large part of the march, with Planned Parenthood and NARAL Pro-Choice America as key partners."

This was the promotional headline in a WashPost email to readers on Tuesday afternoon:

In November, The New York Times described it: "a demonstration that aims to bring a million women and feminists to the nation’s capital will formally protest his inauguration as commander-in-chief."