The nation's top liberal newspapers found "beauty" in a New York Times book review comparing Donald Trump to Hitler. The Washington Post has a new opinion article this weekend titled "Donald Trump is a walking, talking example of the tyrannical soul." Post book reviewer Carlos Lozada recently claimed "it is impossible to miss the similarities between Trump and totalitarian figures in American literature — in rhetoric, personal style and even substance." 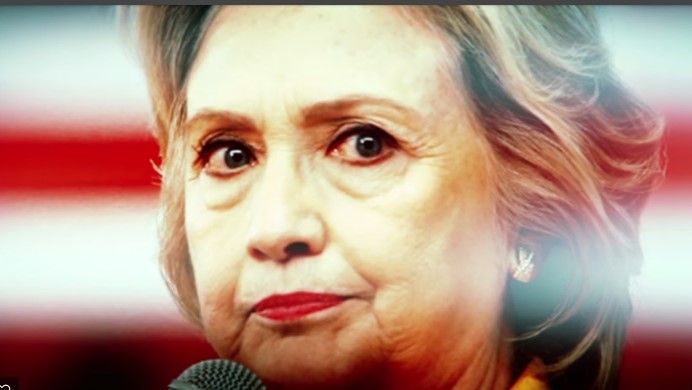 But when authors sound hyperbolic about Hillary Clinton, they are clearly out of control. On page one of Sunday's Washington Post, they promoted Lozada's latest review: "These books will help you hate Hillary Clinton, but only if you already do." A caption under one photo of Hillary claims "With former consultant and Secret Service officers writing books against her, Hillary Clinton's paranoia becomes more understandable."

To Lozada the Clinton scandals are real, but to focus on them seems desperate:

No doubt, Clinton has earned some of this criticism — but there’s no way she deserves all of it. The focus on her personality and appearance is crude and sexist. The obsession with her scandals, so well known for so long, leaves her accusers looking nearly as dirty as the accused, and more desperate.

Lozada doesn't seem to realize he sounds like a James Carville in expressing impatience with old scandals, even as they obsess over Donald Trump tapes from 11 years ago. The Carvilles always tar the accusers as desperate dirty birds. Unlike Carville, Lozada is willing to admit the scandals are "anchored in reality," but then these authors overdo the accusations:

Of course, the news media has had no dearth of real Clinton scandals to report on over the years, and these authors relive each of them, from cattle futures to email servers. Unlike the scandals portrayed in the endless collection of anti-Obama books, which often enter the realm of make-believe (birtherism, secret Muslim allegiance and the like), many of the Clinton scandals are anchored in reality. With her unfailing secrecy and endless entanglements — it’s not like she can wipe that all away, like with a cloth or something — Clinton always gives these authors something to work with. Then they run with it, always magnifying the principal’s malevolence and culpability.

Lozada just quotes this passage and mocks the idea that anyone would try to get millennial voters to care about these. He doesn't attempt to suggest these were not Hillary scandals. The headline at the top of the inside page: "Three decades of innuendo and conspiracy theories about Hillary Clinton." In their art, Hillary stands under large books, clad all in white, like a religious figure.

These books do contain questionable tactics -- Ed Klein's anonymous sourcing, speculations Hillary is a lesbian, D'Souza claiming somehow the Democrats are still the party of the KKK -- but Lozada won't plead guilty to his own wild exaggerations about the authoritarianism of Trump.

For Lozada, Hillary is always the smartest girl in class, the obvious choice for president: "she is a talented writer and expansive thinker whose writing and thinking grow more cautious as the prize of the presidency draws nearer....Even her Secret Service code name, 'Evergreen,' is apt, the perfect label for a candidate whose principal qualification for the presidency is her eternal readiness for it."

PS: We humbly suggest Lozada might learn something from reading our 2007 Hillary book about the liberal media and her scandals, titled Whitewash.