Politico’s Glenn Thrush – the liberal reporter who confessed in a recent interview with President Obama that he had “candidate envy” in 2008, since he was stuck on the Hillary Clinton bus – carried Hillary’s water in a new interview with Jill Abramson, the recently deposed Executive Editor of The New York Times.

Abramson “gingerly concedes something few editors would ever admit,” Thrush wrote. Abramson agreed “She does get more scrutiny” than other candidates, especially male candidates. On the scandal over Mrs. Clinton’s private e-mail server, Abramson said “Why is that a big deal?”

Thrush asked: Do you agree Hillary’s liberal boosters have a point about an anti-Hillary bias in the media? 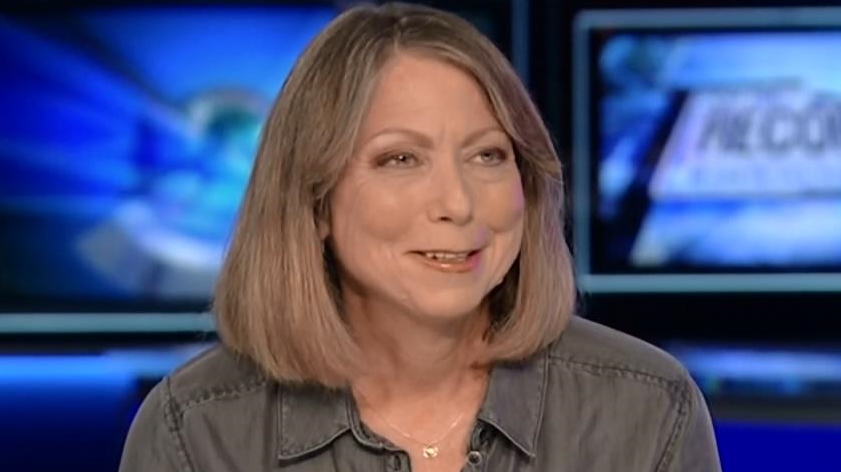 “Yeah, I do,” said Abramson, who was ousted in 2014 after reportedly complaining that her compensation package was inferior to that of her male predecessor, Bill Keller.

“[W]e, for some reason, expect total purity from a woman candidate,” added Abramson, who rose to the Times’ top job in 2011. “I did not feel, during my regime, that we were giving her way more scrutiny than anyone else.” But, she said, “Where I think Hillary Clinton faces, you know, certainly more of a burden is that the controversies she’s been in are immediately labeled, you know, ‘Travelgate or ‘E-Mailgate.’ … If you actually asked people what about any of these controversies bothers them, they don’t know anything specific about any of them.”

Abarmson said Hillary “once made the mistake of calling it 'a vast right-wing conspiracy.' But she--if you look up, if you search 'Hillary Clinton' and 'liar,' or 'Hillary Clinton' and 'dishonest,' which I've done, it's like a total, you know ....it's a tidal wave of Breitbart and, you know, basically journalism that has a conservative base.”

Still, the “blame” for scandals is easily placed on the Times, which broke the e-mail scandal. Thrush lamented:

Like Whitewater, the controversy was uncovered by a New York Times reporter; like Whitewater, it is regarded as a deus ex machina by Republicans facing political gloom; and like Whitewater, it will likely turn out to be more froth than flood, in Abramson’s view. “I won’t say nothing — but very little,” she said, referring to the sum significance of the Hillary Clinton “scandals.”

When I asked whether the Times email stories (executed after her departure, in 2015) were “a big deal,” Abramson — who has taken pains not to criticize her former paper or its current editors — paused.

“It depends on, you know, what your definition of ‘big deal’ is, but I’m not going to play Bill Clinton for you here,” she said, referring to the former president’s infamous what-the-meaning-of-is-is monologue during his Monica Lewinsky deposition. “The issue, to me, that’s at the crux is that everything that we know that was classified was classified after the fact, after the emails were sent. And so, why is that a big deal? And the fact that she had this private email is something that, you know, I’ve read widely, a lot of people in the government — Colin Powell, let’s face it, got much bigger speaking fees than Hillary did.”

But obviously, Colin Powell wasn’t going to run for president and be in a position to reward those who gave him six-figure speaking fees. At the very least, this buckraking was politically tone-deaf for someone planning on running for president. For Hillary to claim she didn’t know if she was running while she made these speeches doesn’t pass a laugh test.

Thrush also pointed out that Abramson worked in Democratic politics before her Times career, including for the Clintons in Bill's first gubernatorial race in 1978:

(Little-known fact: The woman who led coverage of the Clintons at the Times for a decade — first as Washington bureau chief, then as executive editor — briefly worked as a consultant on one of Bill Clinton’s campaigns in Arkansas.)

....She’s had stints in alternative newsweeklies, TV and Democratic politics — starting in 1977, with a press-shop job for “Howlin’” Henry Howell, an anti-segregationist and proto-Bernie Sanders economic populist who came up short in a few Virginia gubernatorial races.

Abramson also said in junior high school she was a “Bobby [Kennedy] worshipper.” She described Howell as a “really super-liberal Democrat.”

ABRAMSON: I mean, his civil rights record definitely appealed to me, and the fact that he went against, you know, the conservative mainstream of both the Democratic Party and the state, and certainly the Republican Party then. And it was fascinating to see a campaign from the inside....

I'd been a stringer...for Time magazine... while I was in college. And actually it was the bureau chief at Time, Jim Bell, who had been the Atlanta bureau chief, who said to me, "Just don't, like, take a job covering, you know, high school intramural sports somewhere."

GLENN THRUSH: If you want to do politics.

JILL ABRAMSON: Well, I knew I wanted to, you know, definitely go to the South. He said, "Go work on a campaign. You'll learn a tremendous amount." And so that's why I did what I did.

Thrush admitted “I started off as a [Democratic] flack too. I worked for a congressman named Steve Solarz from Brooklyn, who had an office above my parents' Carvel ice cream store on Brighton Beach Avenue in Brooklyn.”