In Tuesday’s USA Today, Supreme Court correspondent Richard Wolf (not to be confused with the former MSNBC exec Richard Wolffe) reported another one of those sob-story pieces about how women seeking abortions will have to drive more than an hour to have their babies “terminated.”

The headline was “In Texas, Going the Distance for an Abortion.” The star of the article was “Veronica” in San Antonio, but she “didn’t want her last name used because of the personal nature of the procedure.”  Wolf began: 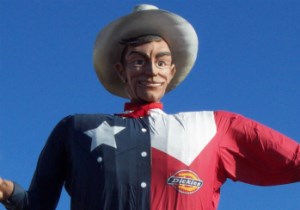 None of the obstacles Texas placed in her way were going to keep Veronica from driving 125 miles to her appointment at Whole Woman's Health clinic Friday. With her 3-year-old and 1-year-old in tow, she was determined to get an abortion.

The state didn't make it easy. There used to be a clinic 50 miles away in Corpus Christi. But Texas — which she likens to a "big bully" — is more than halfway to its goal of reducing from 44 to 10 the number of licensed clinics in the nation's second-largest state.

“Veronica” didn’t end up getting an abortion, but lamented “It is a hassle and a struggle...If we get rid of all the clinics, what choice do you have?” Wolf continued this sob story:

The law already has reduced from 44 to 19 the number of abortion clinics in a state where some 60,000 women seek abortions every year. Nearly 300,000 women live more than 200 miles from the nearest clinic. Unless the Supreme Court reverses the lower court's ruling, only 10 clinics will remain, and travel distances will increase. By comparison, California has about 160 abortion clinics, New York nearly 100.

The unassuming Whole Woman's Health clinic here, with walls painted a soothing mauve and rooms named for icons such as Indira Gandhi, Amelia Earhart, and Rosie the Riveter, would flunk the test and be forced to close. Its ambulatory surgical center around the corner — where state health department officials descended unannounced last Wednesday for an inspection — would survive, but patients would pay more and wait longer for an appointment.

That's a problem for low-income Latino women in the Rio Grande Valley, whose only remaining clinic could stay open but with just one semi-retired doctor licensed to perform abortions. A trip to one of San Antonio's abortion clinics would take four hours and include a Border Patrol checkpoint that undocumented workers fear crossing.

Wolf may have been borrowing themes from a Mother Jones story on the same theme and the same San Antonio clinic, and carried a picture of several clinic rooms, where you can see such amazing quotes to "impact the women" like Sandra Cisneros proclaiming "Liberation must come from within" and actress/comedian Margaret Cho oddly declaring "Sometimes when we are generous in small, barely detectable ways, it can change someone else's life forever." I'll say, but it can sound a little like a pro-life quote, can't it? 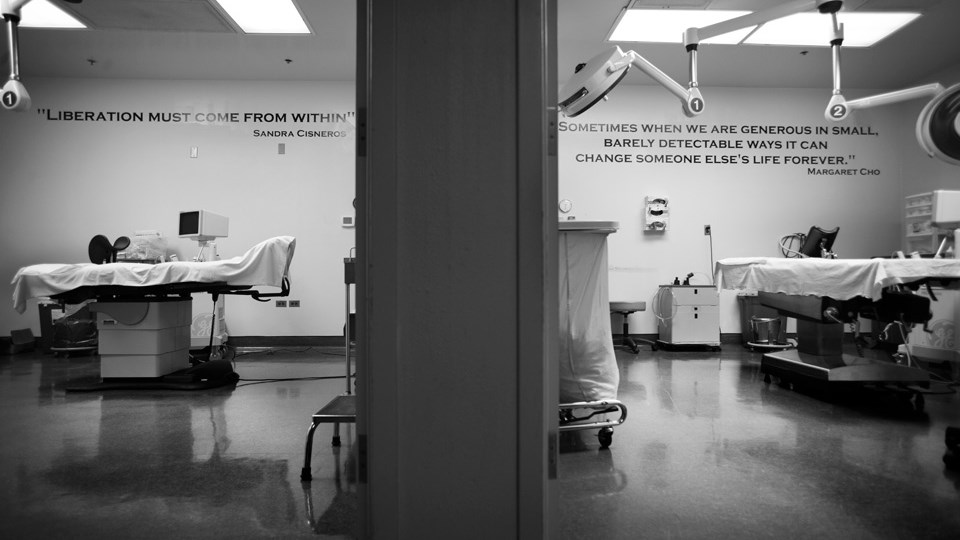 Abortionists complain to USA Today without any troubling note that this is a business where they make their profits, so their motives are in part about wanting to expand the killing business far and wide:

"It's difficult for patients to navigate this network of sham laws that Texas has created," says Bhavik Kumar, a 30-year-old doctor who shuttles from his Austin home to the Whole Woman's Health clinics in San Antonio and Fort Worth, sometimes performing as many as three dozen abortions in a day.

It’s not until paragraph 14 that the pro-life view makes a brief appearance:

"We realize that there's not a realistic way to ban abortions. They are going to remain readily available," says Joe Pojman, executive director of Texas Alliance for Life, which helped write the state law. Given that, he says, "we believe that the states should protect the health and safety of women who are undergoing abortions."

Naturally, it’s immediately challenged as the story concluded, with clinic owner Andrea Ferrigno touting the beauty of abortion: “an abortion experience doesn’t have to be an ugly, awful experience....it can be one of the most empowering experiences a woman has.”