Remembering 'The Passion' -- and the Media's Bashing 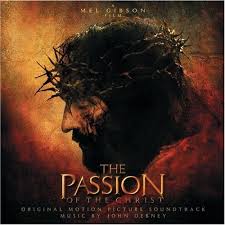 On this Good Friday, many churches will be offering screenings of Mel Gibson's film The Passion of the Christ, now five years old. It's easy to forget how feverishly the liberal media insulted the film and its maker. Three days before the film came out on Ash Wednesday 2004, CBS "humorist" Andy Rooney railed on 60 Minutes:

“I heard from God just the other night. God always seems to call at night. ‘Andrew,’ God said to me. He always calls me ‘Andrew.’ I like that. ‘Andrew, you have the eyes and ears of a lot of people. I wish you’d tell your viewers that both Pat Robertson and Mel Gibson strike me as wackos. I believe that’s one of your current words. They’re crazy as bedbugs....Mel is a real nut case. What in the world was I thinking when I created him?’”

In our 2004 Special Report on religion coverage, Ken Shepherd and I reported on how the number of stories on religion increased, due in part to controversy over The Passion. But then we explored the tone of that coverage, a tone hostile to Christian orthodoxy:

Even if the amount of religion news coverage increases dramatically, is that a good thing for religion or religious Americans? One part of that answer is the tone of news coverage. Is it open to both sides, both the orthodox approach to faith and the more heterodox, modernist view? News coverage in this study period demonstrates that the tone on ABC, CBS, and NBC is still hostile to orthodox religion, and supportive to minority religions and progressive fads.

This contrast is perhaps best explored by two commercially successful products: Mel Gibson’s movie The Passion of the Christ, which presents the central Christian story in traditional biblical terms, and Dan Brown’s novel The DaVinci Code, which suggests in a much less orthodox way that Jesus married Mary Magdalene, who was impregnated by Jesus, and moved with her baby to France, where the child became part of the Merovingian line of kings. Dan Brown’s Vatican-bashing novel The DaVinci Code, was promoted with the mildest of factual challenges, without any notion that it was crudely and falsely anti-Catholic, while Gibson’s film was questioned thoroughly about its accuracy, its fairness, and its potentially violent impact.

Like The Passion, the theories behind The DaVinci Code were promoted by all three networks, but the best comparison comes from ABC’s Primetime, which devoted a Monday night hour to each subject. One was divisive and scary, while the other was mellow and intriguing. On February 16, 2004, Diane Sawyer began by welcoming viewers to this special event about The Passion, "the film that set off an explosion of debate, controversy, and feeling in America....And not only between Christians and Jews, but Christians and Christians, historians and scholars, true believers and secularists, and everyone who falls somewhere in between."

On November 3, 2003, Elizabeth Vargas began by lowering the bar of accuracy and draining out the notion of divisiveness: "There is a legend that sometime in the first century, just after the death of Jesus, a boat full of refugees from the Holy Land arrived in France." She then added that the show would explore "extraordinary claims" from The DaVinci Code: "Some of the claims that book makes are simply not credible, and some of the claims have been made before. But there are some surprising truths behind the story of Jesus, Mary Magdalene, and Leonardo DaVinci."

Sawyer reported Gibson’s film suggests "echoes, the critics say, of what were called ‘Passion plays,’ which through the ages, were used to inflame Christians against their Jewish neighbors. Ghettos were sacked, the Jewish populations terrorized." (Sawyer didn’t relate that Passion plays are read or performed annually around the world in millions of Christian churches without outbursts of anti-Semitic violence.)

Vargas reported The DaVinci Code theories also can be traced back to...church-inspired violence: "Why not just say, Mary Magdalene, impregnated by Jesus?" Author Henry Lincoln, who helped inspire Dan Brown, explained: "That is not the way that our orthodoxy would have it. You can’t have a married Jesus." Vargas replied: "It was too dangerous to tell?" Lincoln charged: "Anything that runs counter to orthodoxy has always been dangerous. The Church has always responded with violence. Think of the Inquisition."

The big question behind The DaVinci Code special was, why would a "hard news" division devote an hour to a novel, and to a theory that’s highly improbable, a "legend" instead of a history? Vargas sounded serious even as she explained the most fanciful allusions: "The First Merovingian queen was impregnated by a creature from the sea, the fish, which you theorize, could symbolize Jesus."

But Sawyer hounded Gibson about matters of fact: "What about the historians who say that the Gospels were written long after Jesus died, and are not merely fact, but political points of views and metaphors? Historians, you know, have argued that in fact it was not written at the time [of Christ]. These [gospel writers] were not eyewitnesses." Gibson protested, and Sawyer insisted: "But historians have said they don’t think so." It all came back to politics, that the Gospels were better understood as partisan tracts instead of the word of God.

In general, Gibson’s movie was covered first as a political problem. It was without question the largest anti-Semitism story of 2003 on the TV networks, since nearly every one of the 66 network segments on ABC, CBS, and NBC touched on those complaints. News coverage didn’t shift from offending Jews to inspiring Christians until a week into February, when it became apparent that the film could fuel a box-office boom. Even then, the anti-Semitism angle was still strong. Anti-Semitism in Europe, or the Muslim world, was apparently of little concern in the newsrooms, while the real threat to Jews worldwide was being cooked up in a Hollywood editing room. ABC and NBC did segments promoting the is-it-anti-Semitic angle heavily in the waning months of 2003.

When Peter Boyer’s interview with Gibson for The New Yorker came out in September, the Gibson criticism was in full swing. Matt Lauer elaborated in an interview with Boyer: "The Anti-Defamation League expressed concern over whether it would portray the Jews as, quote, ‘bloodthirsty, sadistic, and money-hungry enemies of Jesus.’ You spoke to the head of the ADL. Did he think it was an anti-Semitic movie?" The networks never provided the ADL or other Jewish and secular critics with any countering scrutiny, as in: Are you also responsible for fomenting division, for driving a wedge in Christian-Jewish relations? What if the film isn’t anti-Semitic and doesn’t lead to any anti-Semitic incidents? And most importantly, how can you attack a film you haven’t seen? That’s certainly the take reporters had for critics of the doubting, sex-starved savior of The Last Temptation of Christ in 1988.

Most of the network coverage was a politicized rollout. Gibson was described as "ultraconservative" and a "Catholic fundamentalist," but his critics were never described as "ultraliberals or "hard-line secularists. " People magazine writer Jess Cagle summarized the media take on "extreme" Mel vs. his unlabeled critics on CBS’s The Early Show on January 8: "I think at the heart of the controversy is Mel Gibson’s extreme passion for his very ultra-conservative Catholic faith, and Jewish leaders who are worried that a film about the crucifixion could feed into anti-Semitism. That’s at the heart of it."

The Rooney quote is included in that report. Don't miss the other one, where CBS reporter Mark Strassmann forwards the scabrous notion that Gibson had constructed an "ecumenical suicide bomb."