The New York Times has recently shown they have no problem tossing obvious anti-Jewish bias into their content. However in a Sunday Review op-ed published by the liberal newspaper, Yale professor Timothy Snyder decided that it was appropriate to suggest that climate change will cause the next Holocaust.

Snyder begins his article by suggesting the atrocities committed by Nazi Germany were “a war on resources,” and that this war will be repeated by countries dealing with the effects of climate change. He also suggested that “science deniers” were the root of the genocide.

The Holocaust may seem a distant horror whose lessons have already been learned. But sadly, the anxieties of our own era could once again give rise to scapegoats and imagined enemies, while contemporary environmental stresses could encourage new variations on Hitler’s ideas, 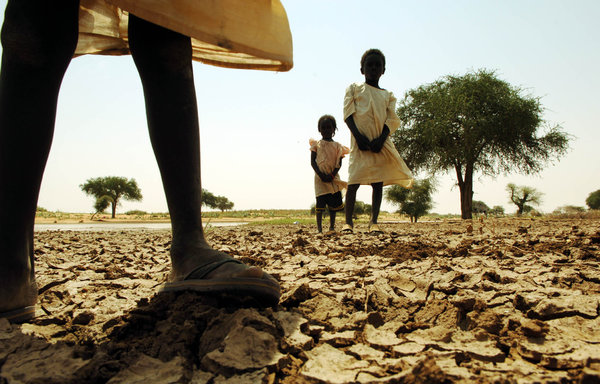 especially in countries anxious about feeding their growing populations or maintaining a rising standard of living.

The quest for German domination was premised on the denial of science. Hitler’s alternative to science was the idea of Lebensraum. Germany needed an Eastern European empire because only conquest, and not agricultural technology, offered the hope of feeding the German people. In Hitler’s “Second Book,” which was composed in 1928 and not published until after his death, he insisted that hunger would outstrip crop improvements and that all “the scientific methods of land management” had already failed. No conceivable improvement would allow Germans to be fed “from their own land and territory,” he claimed. Hitler specifically — and wrongly — denied that irrigation, hybrids and fertilizers could change the relationship between people and land.

Of course this comparison is directed toward those who are skeptical of the effect climate change is having on the environment. Liberal proponents of the phenomena seek to “settle” the issue so they can paint any who disagree with them as a coalition of radicals who refuse to acknowledge basic science.

After setting such a premise, Snyder goes on to detail how such genocide will happen.  He poses several scenarios of countries being unable to peacefully acquire enough agricultural land to properly care for their citizens, and decides that they will all lead to Nazi-like takeovers and mass murder. And again he reminds us this is all because of those who "deny science," meaning global warming skeptics are essentially the rebirth of Adolph Hitler.

Nations in need of land would likely begin with tactfully negotiated leases or purchases; but under conditions of stress or acute need, such agrarian export zones could become fortified colonies, requiring or attracting violence.

Hitler spread ecological panic by claiming that only land would bring Germany security and by denying the science that promised alternatives to war. By polluting the atmosphere with greenhouse gases, the United States has done more than any other nation to bring about the next ecological panic, yet it is the only country where climate science is still resisted by certain political and business elites. These deniers tend to present the empirical findings of scientists as a conspiracy and question the validity of science — an intellectual stance that is uncomfortably close to Hitler’s.

After painting this horrific picture of worldwide destruction, he poses us with a choice: either accept the liberal agenda behind global warming or become a genocidal conservative.

Today we confront the same crucial choice between science and ideology that Germans once faced. Will we accept empirical evidence and support new energy technologies, or allow a wave of ecological panic to spread across the world?

Denying science imperils the future by summoning the ghosts of the past.

Liberal professors and organizations like Snyder and The New York Times are much more concerned about inciting guilt and panic to further their own agenda than they are about addressing real tragedies currently taking place around the world. While they push extremely far-fetched futuristic scenarios like this, they are hesitant to make similar comparisons about ISIS, which is currently committing genocide on an apocalyptic scale in the Middle-East. Rather they prefer to focus on shaky climate science and failed predictions to announce doom while the Obama administration gives 100 billion dollars to Iran, the world’s leading state-sponsor of terrorism. Yet it’s conservatives, the ones calling for tougher sanctions on those openly advocating genocide, who are vilified for making comparisons between real threats and the holocaust.