If the editors at The Washington Post were capable of shame, they should feel it now. The paper that arrogantly claims the authority to stop democracy from “dying in darkness,” on Friday published an op-ed condemning, “Roe’s impending reversal is a 9/11 attack on America’s social fabric

In case, the Post tries to edit or change it, here is the digital headline it all its infamy:

Proving it’s apparently impossible to go too far when smearing the cause of life, Milbank sneered:

Assuming little changes from the draft, overturning Roe would be a shock to our way of life, the social equivalent of the 9/11 attacks (which shattered our sense of physical security) or the crash of 2008 (which undid our sense of financial security). As epoch-making decisions go, this is Brown v. Board of Education, but in reverse: taking away an entrenched right Americans have relied upon for half a century. We remember Brown because it changed us forever, not because it altered the 1954 midterms.

3000 Americans were murdered by terrorists on September 11, 2001, yet that’s the same as a Supreme Court possibly ruling that would protect the lives of countless babies? What a warped way to look at the issue. Sixty three million lives have been aborted since the 1973 decision. That might be a better number to give readers. 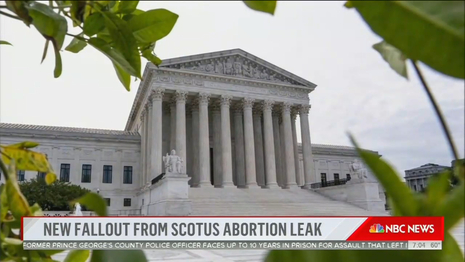 No mention by Milbank that the violence this week came in the form of a radical pro-abortion group firebombing a pro-life organization in Madison, Wisconsin, as well as attempting to intimidate the conservatives on the Supreme Court after another abortion group doxxed their address.

But that shouldn’t be surprising as the Post sent a hard-left reporter to doxx the woman behind the popular Libs of TikTok Twitter page. The paper's journalists obviously have an affinity for the practice.

The Washington Post’s editors should be ashamed of publishing the vile hate of Dana Milbank. If you want to contact the paper to complain, here’s the phone number.