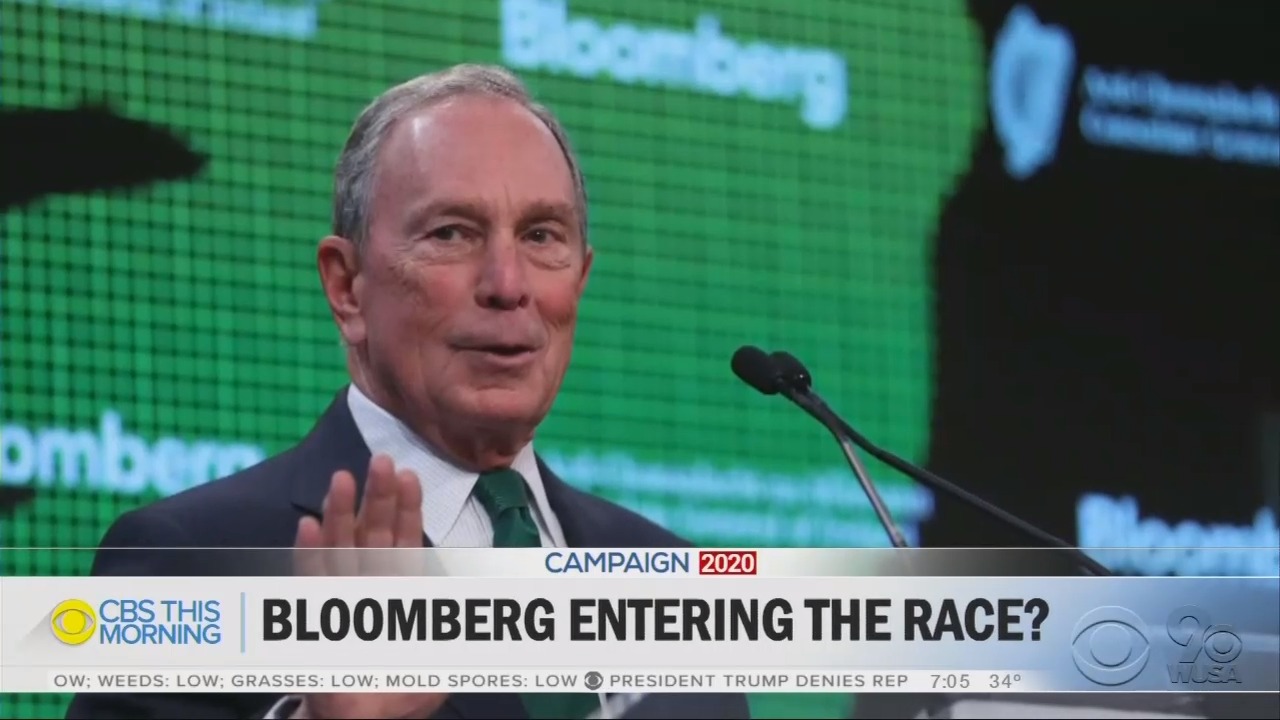 CBS This Morning on Friday pushed the fantasy that the 2020 Democratic field somehow contains several “moderate” or “centrist” candidates, rather than far-left liberals. It started in the 7am hour when reporter Ed O’Keefe reflected on Michael Bloomberg potentially joining the race: “But recent polling shows Biden is slipping behind Elizabeth Warren and Bernie Sanders and moderate Indiana Mayor Pete Buttigieg.”

Moderate? Buttigieg is radically pro-abortion. He’s pro-gun control and wants to pack the Supreme Court in order to protect Roe v. Wade. Where is he “moderate?” Later in the show, correspondent Margaret Brennan cheered the entry of Bloomberg: “He's in some ways, though, splitting possibly a vote with Joe Biden, maybe helping the center, that center moderate Democrat have another voice.”

Biden? The former Vice President and Senator is certainly a liberal. His lifetime American Conservative Union score is 12 and the Democrat has drifted farther left as the years go by. His 2008, 2007 and 2006 scores are, respectively: 0, 0, 4.

Back in September, CBS praised Buttigieg’s “moderate” health care plan as “sounding pretty good.” O’Keefe hyped, “[Buttigieg is] hoping to gain support for sure and definitely wants to talk up this idea because he sees it as a more moderate alternative to Medicare for all.” In July, O’Keefe insisted that the first 2020 debate “could be a big night for the lesser known, more moderate, Democrats on stage who are eager to break through.”

On Thursday, ABC and NBC were excited to learn that “centrist” Bloomberg might join the Democratic field. Again, this is a pro-gun control, nanny state liberal. What is he moderate on? Keep all this in mind as the 2020 campaign continues. The liberal media want you to believe that a field of far-left Democrats actually has some secret “centrists.”

Partial transcripts are below.

ED O’KEEFE: In September he [Bloomberg] he told CBS This Morning he was staying out of the 2020 race. Partly because former Vice President Joe Biden was leading a crowded field.

GAYLE KING: Are you sitting here going "I wish I had done it?"

MICHAEL BLOOMBERG: I never think back. That was not a road for me when Joe was in the race to get through because we would have split the votes.

O’KEEFE: But recent polling shows Biden is slipping behind Elizabeth Warren and Bernie Sanders and moderate Indiana Mayor Pete Buttigieg. Bloomberg is a former registered Republican and independent who rejoined the Democratic Party just last year. He's been mentioned as a possible presidential candidate since 2008. In 2016, he backed Hillary Clinton and attacked then-candidate Donald Trump.

TONY DOKOUPIL: It's sometimes been said of Bloomberg that he might be able to win a general, but he could never win a Democratic primary on. So, on that primary front, where does he fit among the other candidates?

MARGARET BRENNAN: It's also been said that no New York billionaire could ever win the presidency. Right?

BRENNAN: So, I think all the rules of the road have kind of been thrown out there. But Michael Bloomberg in the past, when he'd look at running as an independent, as a third party, said that was never going to go anywhere. Here, he's in some ways, though, splitting possibly a vote with Joe Biden, maybe helping the center, that center moderate Democrat have another voice. The party in this primary process has been pulled toward, as Mike Bloomberg said there, his frustration is that it's being pulled to the more progressive wings, to the Elizabeth Warrens, the Bernie Sanders, people they identify as populists more than Democrats. There's a fear of that among Democratic donors who are more establishment. That they won't be able to be enthusiastic about that candidate if that's who the party goes with to run against President Trump.