ABC, NBC Pounced on Sex Claims Against Kavanaugh, But Yawn at Crumbling Stories 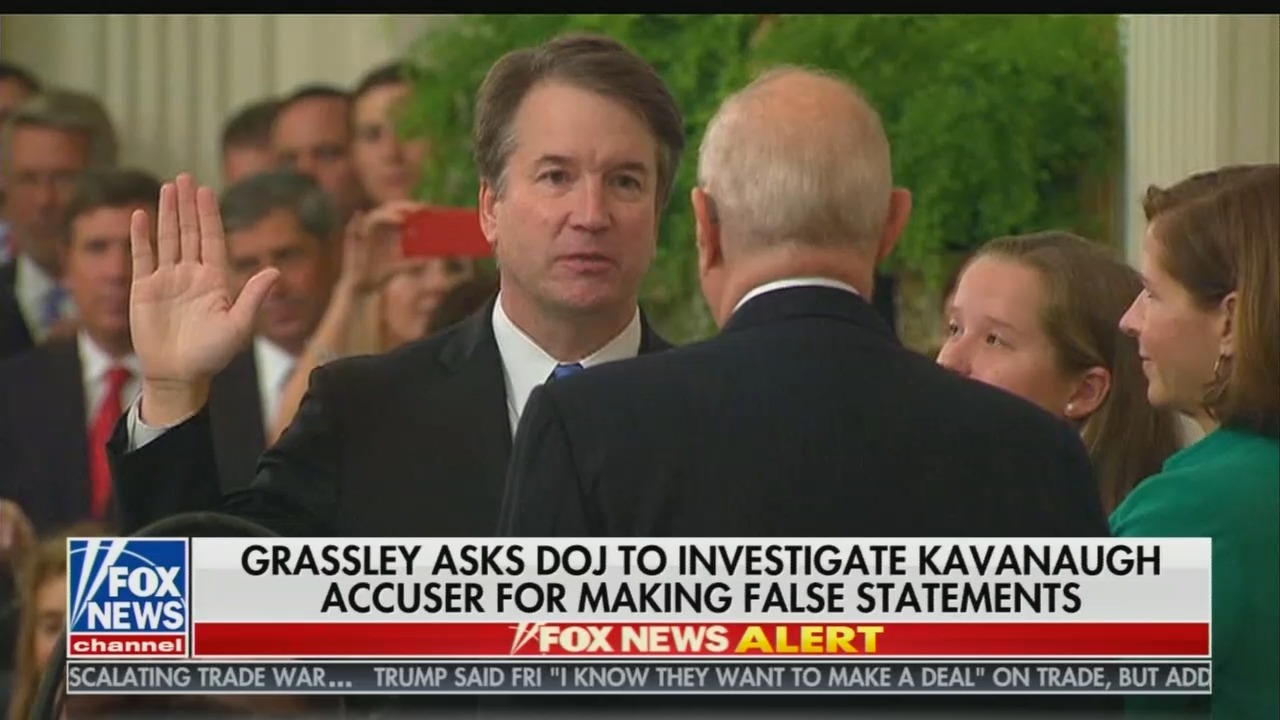 The three networks in September deluged viewers with incessant coverage of unproven sexual abuse accusations against then-Supreme Court nominee Brett Kavanaugh. But when some of those claims fell apart, ABC and NBC went silent on the crumbling assertions.

As reported in the USA Today, Friday, Senate Judiciary Committee Chairman Chuck Grassley referred Judy Munro-Leighton to the FBI to be investigated for taking “responsibility for authoring an anonymous letter that made allegations that Kavanaugh and a friend raped her..”  USA Today writer Christal Hayes explained:

Investigators got in touch with her over the phone and Munro-Leighton admitted she wrote the email after seeing the "Jane Doe" letter in news reports. She said she claimed to be Jane Doe so the letter would gain attention, "I was angry and I sent it out," the woman told investigators, according to Grassley's letter, but in fact did not write it.

In reality, Munro-Leighton has never met Kavanaugh. None of the networks over the weekend or on Monday reported this development. Fox News host Eric Shawn, however, saw the latest details as “stunning false accusations.”

Earlier this week, Grassley announced that Michael Avenatti and his client Julie Swetnick were also facing investigation for making false claims against Kavanaugh. Only CBS bothered to report the news.

The October 25 CBS Evening News allowed 2 minutes and 8 seconds and the October 26 CBS This Morning managed 2 minutes and 24 seconds. On the 26th, correspondent Paula Reid noted, “In his twelve-page letter, Senator Grassley says there was simply no credible evidence that Miss Swetnick ever even met or socialized with Judge Kavanaugh.”

The near-silence from the networks is a stark contrast to the frenzy of September. From September 13 to the 24th, ABC, CBS and NBC devoted nearly six hours (344 minutes) to regurgitating unproven claims. According to an MRC study by Rich Noyes, just eight percent of that coverage focused on “Kavanaugh’s denials and the lack of corroboration for his accusers’ accounts.”

During the circus of Kavanaugh’s Supreme Court confirmation process, journalists hyped claim after claim. From September 16, to October 3, CNN associated the nominee with the word rape 191 times. If journalists are at all interested in fairness, they need to cover claims that now seem far less credible.