CBS Prompts ‘Class Act’ Jimmy Carter to Bash Trump: ‘Do You Have Faith’ in Him?

CBS This Morning journalists on Tuesday turned to partisan Democrat Jimmy Carter for his opinion on Donald Trump and, not shockingly, it’s pretty negative. Co-host Gayle King fawned over the ex-President, declaring him a “class act.” Co-host Norah O’Donnell made sure to hype his dislike of the current Republican administration. She wondered, “Do you have faith in President Trump?”

It’s not hard to figure out how Carter would answer that one. After expressing “concerns,” the elderly politician slammed John Bolton: “I think his last choice for National Security Adviser was very ill advised. I think John Bolton has been the worst mistake he's made.”

Once the topic of conversation headed that way, O’Donnell prompted more critiques: “The President's new National Security Adviser has advocated a preemptive strike in North Korea. What would that do?”

Considering that Jimmy Carter botched a rescue of American hostages in 1980, he might know about the topic of “worst mistakes.” 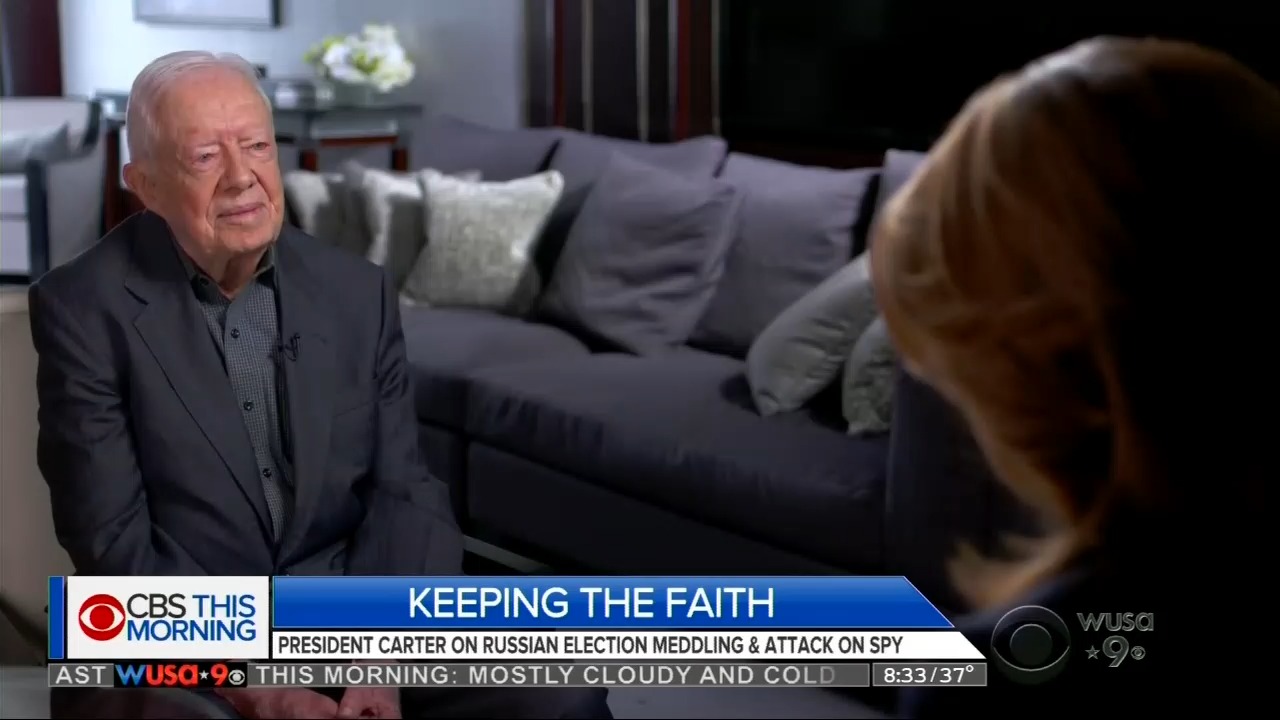 I'm almost embarrassed to ask this question. You know, there's so many problems facing America and people in need. Yet there's an entire discussion about this current president and an alleged affair he had with an adult film star. What do you make of that?

A transcript of the first interview segment is below: 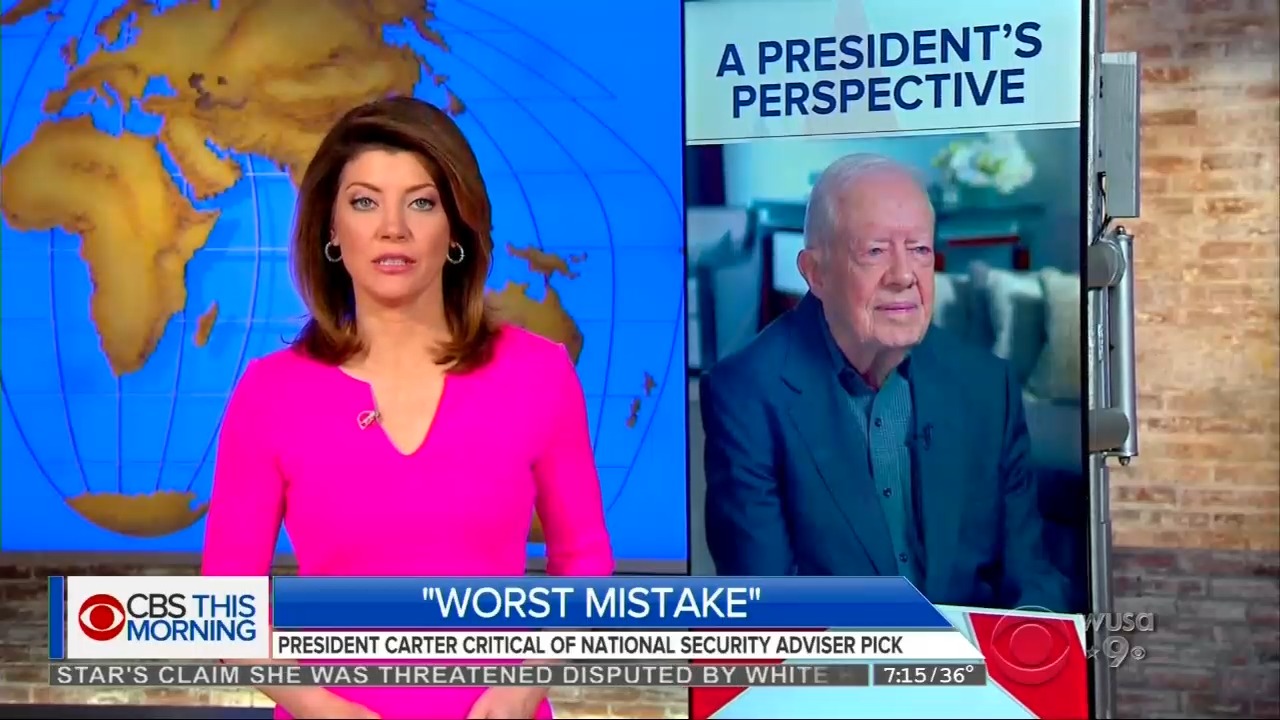 NORAH O’DONNELL: Former President Jimmy Carter calls President Trump's choice for his new National Security Adviser his worst mistake since taking office. The 39th president brought up John Bolton's appointment when we had sat down for an interview yesterday. Do you have faith in President Trump?

JIMMY CARTER: Well, as I say, I've been concerned at some of the things he's decided. I think his last choice for National Security Adviser was very ill advised. I think John Bolton has been the worst mistake he's made. He's advocated going to war preemptively against North Korea, against Iraq, against Iran even. So I think that that is particularly ill advised because as the National Security Adviser I know from experience is the most listened to advice that a president gets. But I still think that our country can overcome it.

O’DONNELL: The President's new National Security Adviser has advocated a preemptive strike in North Korea. What would that do?

CARTER: That would be a total disaster. We could precipitate a nuclear war, which would be horribly destructive.

O’DONNELL: We're going to learn more from former President Jimmy Carter in the next hour. We talk to him about President Trump's decision to meet with North Korea’s leader and his book, Faith: A Journey for all, being released today. It's published by Simon and Shuster, a division of CBS News. I also talk to him about stormy Daniels. So, we’ll have part of that coming up.