The upcoming season of CBS’s The Good Fight will feature an episode on impeaching Donald Trump. So, naturally, the drama got some pre-hype on Tuesday’s CBS This Morning. Co-host Gayle King marveled, “You talk about white supremacy, referring to the President of the United States. You talk about racial injustice.” She cheered, “It really pushes the envelope.”

Good Fight star Christine Baranski touted, “We just did an episode on impeachment. Just finished an episode on the golden shower tape.” An excited King almost yelled, “That’s what I mean by pushing the envelope!” Baranski said of the show’s writers: “They have to chase the news in order to stay on top of it. They almost have to anticipate what's going to happen.” Like... impeachment? 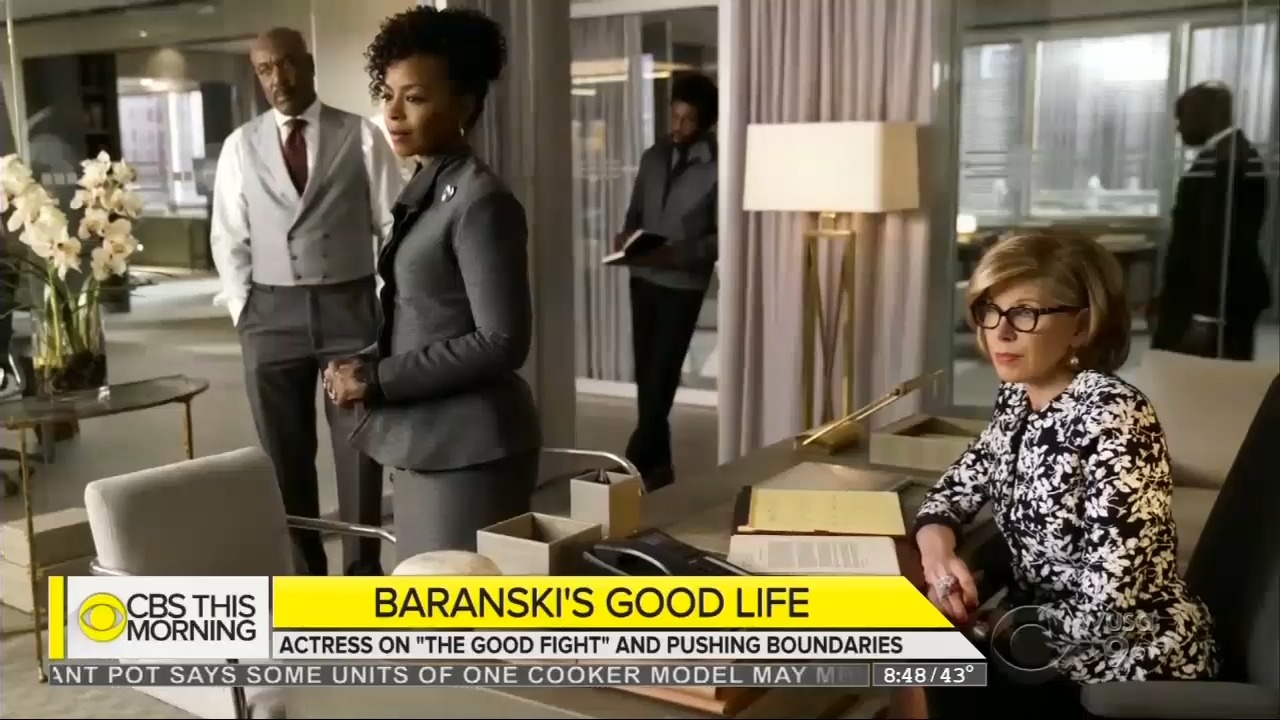 “A lot of it is a debate about how he could be impeached and also going into the 25th Amendment” about the whole fitness for office issue, King explained. “There’s a little bit of digging into the weeds on a lot of the legal issues surrounding impeachment, especially because they are really counting their chickens before they hatch,” he said of Dems.

Last year, the show opened with Trump’s inauguration and a stunned Baranski turning it off in horror. In 2011, the actress gushed over Barack Obama, fawning: “I believe in him. I think he'll be re-elected, and I'm going to do everything I can to help him. He's a really good guy.”

The Good Fight doesn't air on CBS the network. Rather it's on CBS All Access streaming. So most Americans won’t see all the “envelope pushing” this season.

A partial transcript is below. Click “expand” to read:

NORAH O’DONNELL: Emmy-winning actress Christine Baranski has had a three decade-long career. The Juilliard-trained actress has had dozens of credits on stage and on screen. Baranski is best known for portraying lawyer Diane Lockhart on the CBS drama The Good Wife. She brought back the role for the spinoff series The Good Fight. It was the first scripted series from CBS All Access. That's a subscription streaming service. 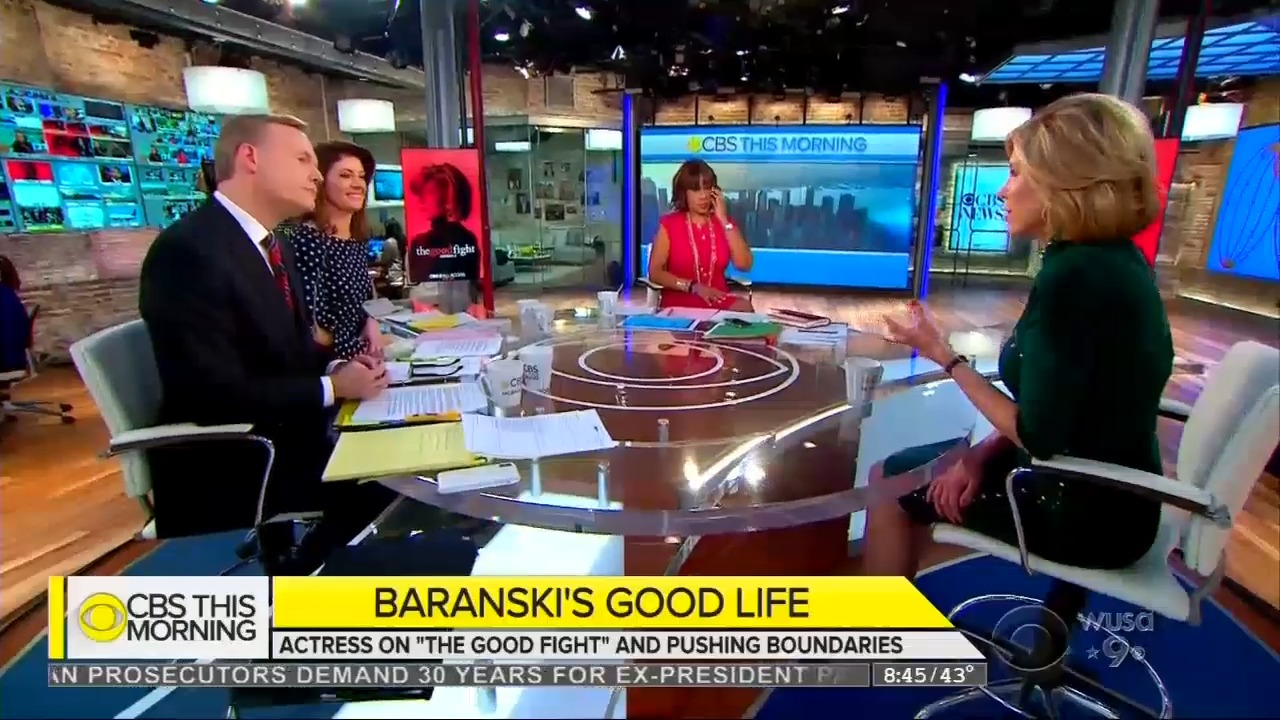 GAYLE KING: Christine Baranski, welcome back to the table. I love that scene where she says, “Why not go with no devil,” which I absolutely agree with. But the thing I think about this show that is great is that you guys really push the envelope. You talk about white supremacy, referring to the President of the United States. You talk about racial injustice. You talk about sexual harassment. It really pushes the envelope. Is that what you like about it?

CHRISTINE BARANSKI: Well, I don't see how if you're doing a show with characters that are living in our surreal time, how you cannot address what is, you know, a world off its axis. And so it addresses exactly the world that —

BARANSKI: And they're lawyers, so that is their reality. They have to do cases on sexual harassment and white supremacy or gun violence or —  so I think more than ever -- I've been playing with the character for nine years and never had more fun. It's never been more rock and roll in terms of the writing. This character of Diane Lockhart, very pulled together, beautiful clothes, always the grown-up in the room, elegant, eloquent. She gets unhinged. You watch —  she's addicted to cable news. She can't believe what she's watching. You know, can we relate to this?

BARANSKI: The interesting thing is for the writers, they have to chase the news in order to stay on top of it. They almost have to anticipate what's going to happen. We just did an episode on impeachment. Just finished an episode on the golden shower tape. And God knows —  by the time —  [ sounds ]

KING: That's what I mean by pushing the envelope, Christine Baranski!

BARANSKI:  I know. They're being really brave this year, but why shouldn't they be? We're not on network. We can afford to be brave. And we're living in times that are so unabashed and audacious as artists, writers, as actors, we have to go to that place.

DICKERSON:  Which is to say we don't care if we offend people. Because there are obviously people who support, who are on the other sides of some of these issue who have deep, strong feelings that would be opposed to those —

BARANSKI: Indeed. But we have characters who are also pro-Trump. I mean, to the writers credit, they don't only write one side. And I would say that they argue that they're not writing a political show. It was never their intention to be polemical or lecture the audience. They're writing being characters with strong views because they're intelligent people working in a law firm. And they're living their lives. People have strong views these days.