This Week in Media Bias History: Comparing GOP Congressmen to the KKK

Media bias, “fake news” and liberal spin aren’t new. The Media Research Center has been exposing and battling left-wing propaganda since 1987. Now, you can keep track of the worst historical examples of media bias, courtesy of the MRC’s archives. Every day in 2018, research director Rich Noyes will be tweeting out “This Day in Media Bias History” from the files of NewsBusters and the MRC.

Here’s a recap of some of the second week’s examples. They include: In 1999, journalist Eleanor Clift compared House Republicans during the impeachment of Bill Clinton to the Ku Klux Klan. In 2011, sleazy New York Times columnist Paul Krugman, with no facts whatsoever, blamed the Tea Party for the shooting of then-Congresswoman Gabby Giffords. In 1989, journalist Lesley Stahl predicted that, in years to come, historians would be baffled by anyone liking Ronald Reagan.

Below are Rich Noyes’s tweets from the second week of "This Day in Media Bias History." To get the latest every day, be sure and follow Noyes on Twitter. (To see the first week's recap, go here.) 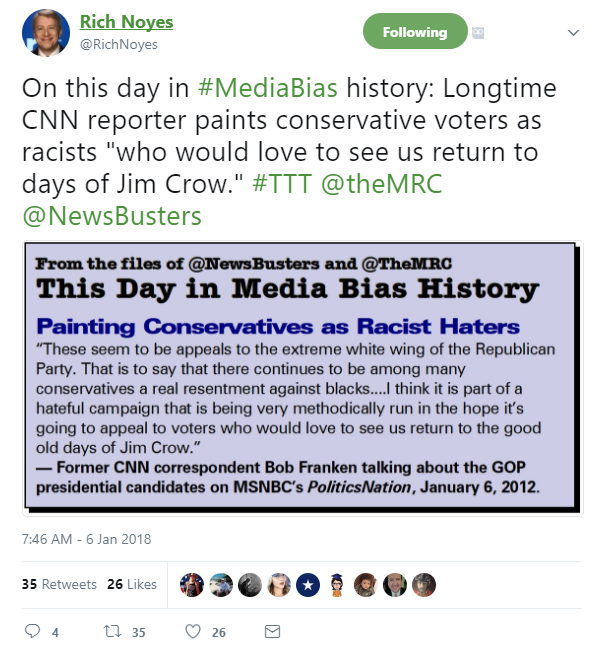 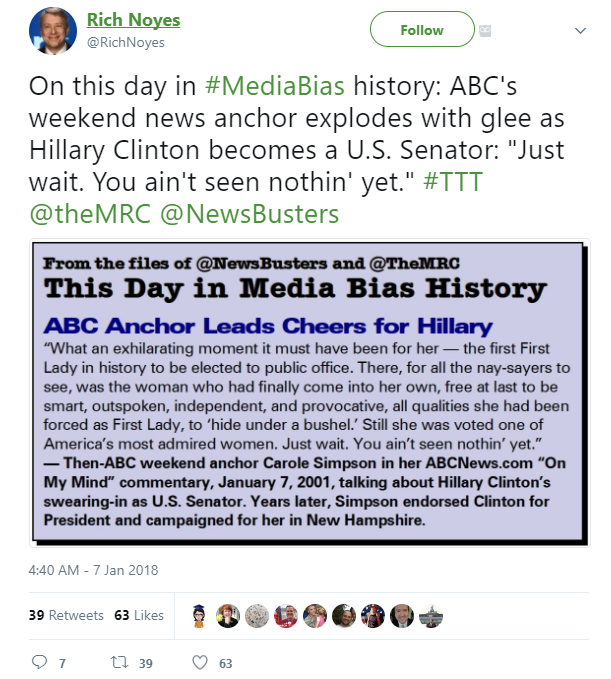 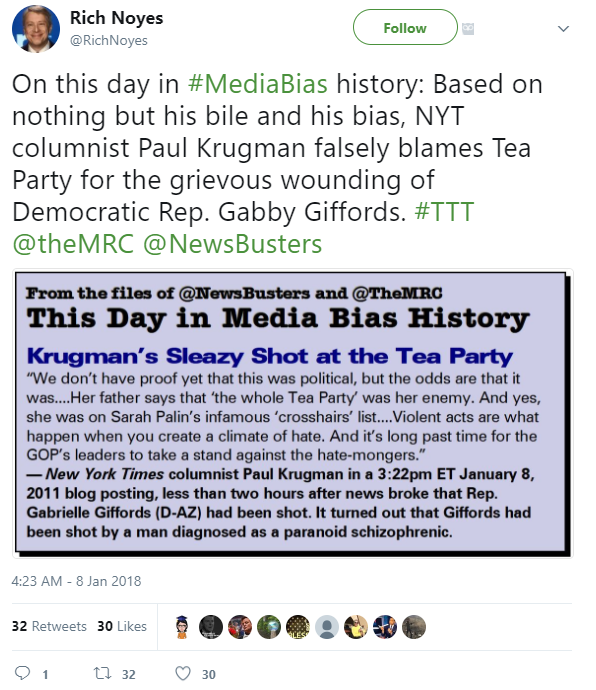 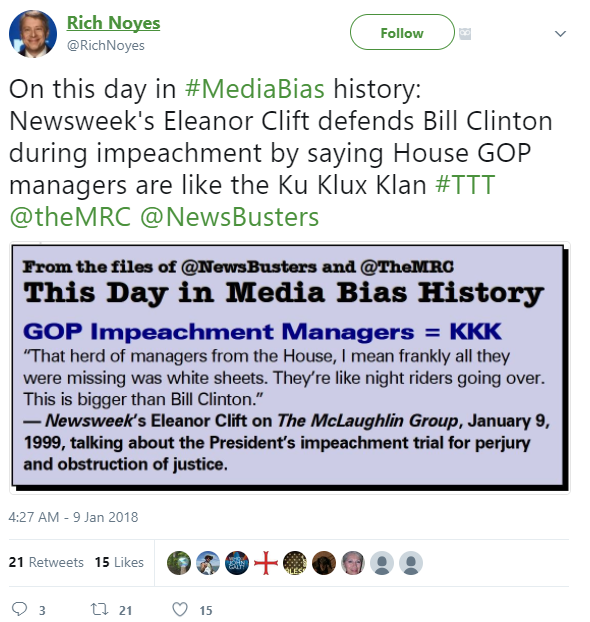 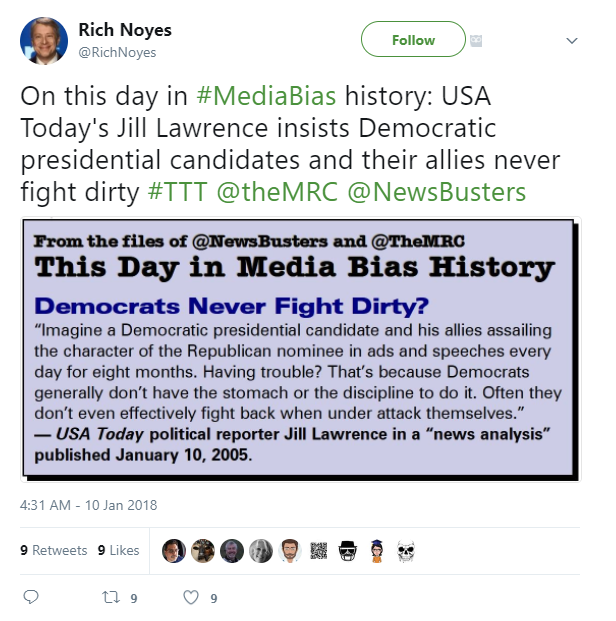 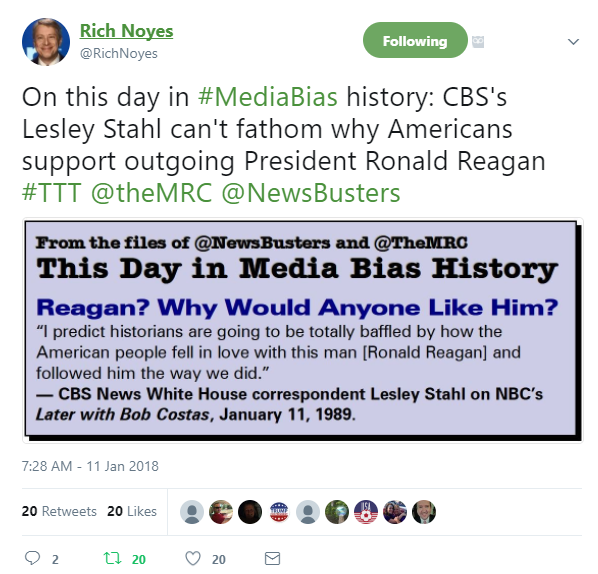 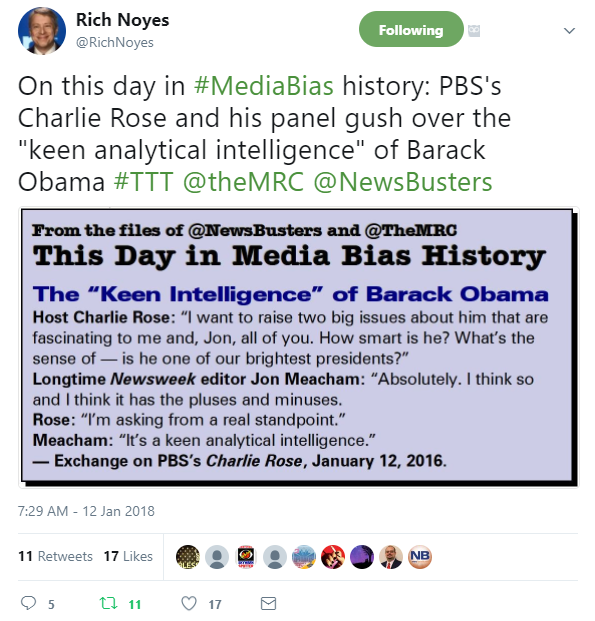