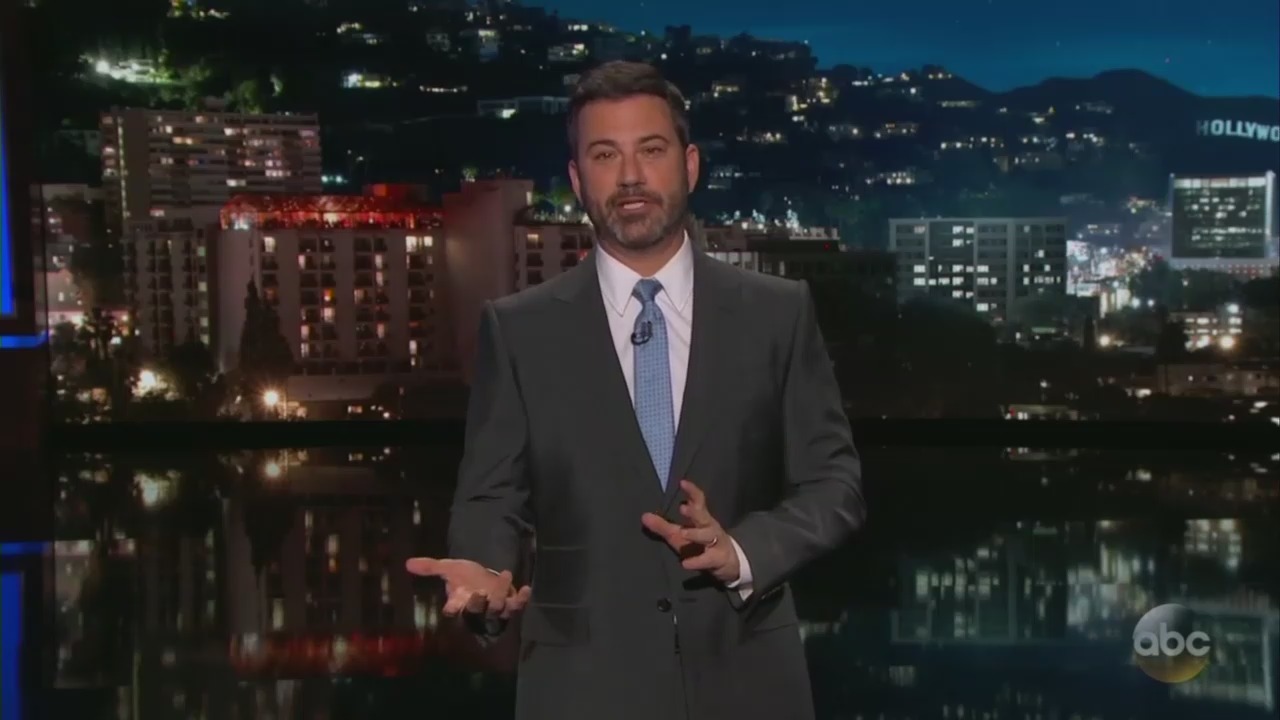 The same is true of CBS’s Late Night With Stephen Colbert and NBC’s Tonight Show Starring Jimmy Fallon. But the avoidance of the story was particularly galling considering self-styled moral crusader Kimmel recently lectured conservatives to pray “for God to forgive them.”

But when a powerful Hollywood executive allegedly preys on women for decades, Kimmel can’t stand up for them. Jimmy Kimmel Live is produced from Los Angeles and regularly features Hollywood celebrities. Is “brave” Kimmel just unable to stand up for the powerless?

Or perhaps it’s because Weinstein is a powerful Democratic donor, as noted by CNN:

Weinstein was a prominent Democratic donor, giving money to both former President Barack Obama and the party's 2016 nominee, Hillary Clinton. He primarily donated to Democrats, according to data from the Center for Responsive Politics.

The Daily Beast first reported Leahy would donate funds contributed by Weinstein.
"If the Democratic Party purports itself to be the champion of women, they ought to lead by example in returning or donating the donations received from Harvey Weinstein," America Rising PAC's executive director Alexandra Smith said in a news release.

The group noted donations to major politicians, like Sens. Elizabeth Warren, Chuck Schumer, Martin Heinrich and Kirsten Gillibrand. Weinstein also donated $99,032.32 to the DNC and $21,200 to the DCCC, according to America Rising PAC.

Even the liberal Daily Beast noticed the hypocrisy:

And, while the choir of liberal-leaning late-night hosts has gleefully teed off on accused sexual predators of the conservative persuasion, on Thursday night, they chose to steer clear of the sexual harassment/assault allegations against one of their own: Hollywood power liberal Harvey Weinstein.

Only The Daily Show’s Trevor Noah mentioned the Weinstein scandal — and only in passing. During a segment on football player Cam Newton laughing at a question from a female reporter, Noah ad-libbed, “It’s funny, right? Because women, they don’t know the things — Look, Harvey Weinstein!”

Not exactly bold, but still braver than Kimmel.