Muir Gushes to Kimmel: People 'Will Remember' Your 'Bravery’ ‘Standing Up’ For Health Care 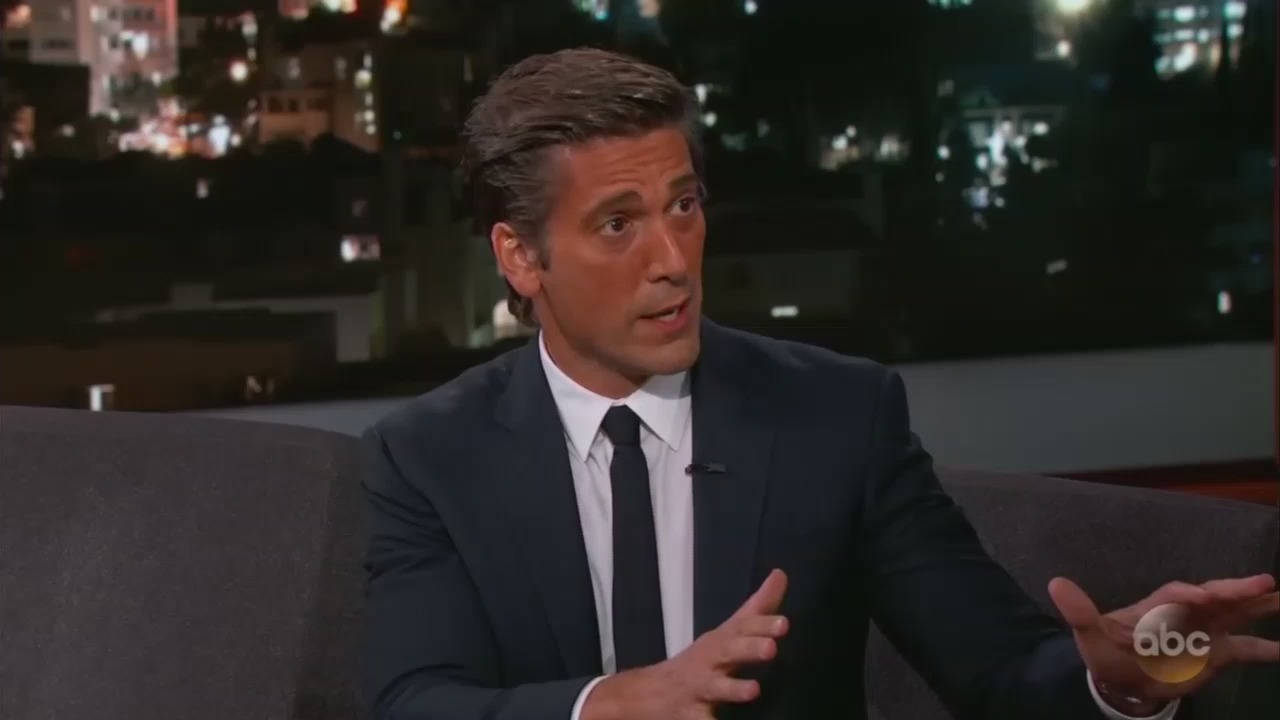 ABC World News Tonight anchor David Muir appeared as guest on ABC’s Jimmy Kimmel Live Thursday evening, where the host and Muir spent most of the interview shamelessly promoting his nightly newscast, which just happened to air on the same network as Kimmel’s show. But at one point, Muir became more of an activist than a news anchor, gushing over Kimmel's “bravery” taking on the Republican health care plan.

David Muir began by alluding to how the late night talk show host had made his way into the headlines in the past few months, for his Obamacare advocacy:

“The way it's worked out is you've been on my show more than I've been on your show lately,” Muir noted.

“Oh, is that right,” Kimmel joked, acting as if he didn’t realize how much media attention he had been getting from those monologues on health care.

“Let me make up for that tonight---If you're on my show, unless you're a guest, it's usually for not the best reasons. So that's probably good,” he joked.

The news anchor laughed before getting serious:

I'll take it. Let me just say one thing about you being on the news lately. We live in a polarized country, a divided nation. People are going to agree and disagree with you and I knew you knew that going in. Looking back people aren't going to remember the jokes you told here, no offense, but they will remember the bravery, that you stood up for your little guy and children's health care.

At that compliment, the audience erupted in cheers and applause. As the crowd died down, Kimmel joked: “That's very nice. And I appreciate it. But I think they're also going to remember "Girls on trampolines." I'd like that to be my legacy as well.”