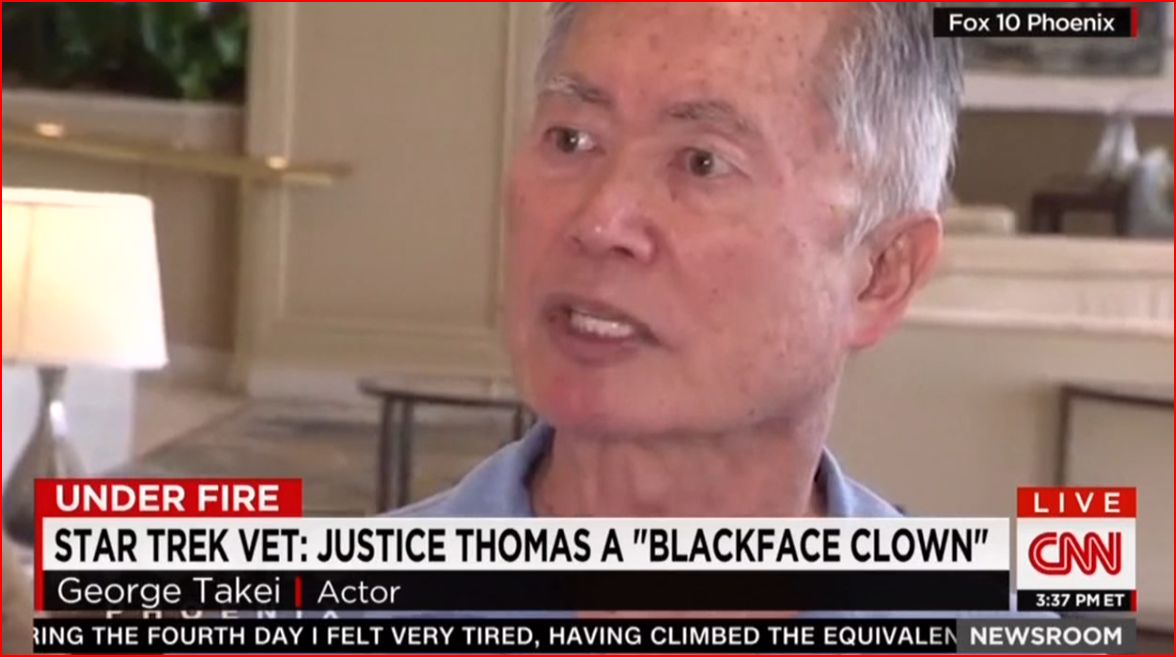 USA Today on Thursday gave liberal actor/activist George Takei a platform to compare Donald Trump’s immigration policies to that of interning the Japanese during World War II. In a column, Takei slammed, “Our president has trumpeted an ‘America First’ policy, vowing to prioritize the well-being of the United States. But ‘America’ doesn’t seem to include the brown-skinned, foreign-sounding or non-Christian people affected by his travel ban, his Mexico border wall or his immigration raids.”

The actor continued, “Keeping America safe means shutting out Middle Eastern refugees and deporting ‘rapists’ and ‘murderers.’ Keeping American jobs means keeping out Mexicans who cross the border to take them.” In 2015, the activist used racist language to mock Clarence Thomas as a “clown in black face.”

Takei compared Trump’s plans to the mass internment of Japanese:

Seventy-five years ago, on Feb. 19, 1942, President Roosevelt launched his own version of “us vs. them,” authorizing the military to designate military zones and exclude any person from those zones as it saw fit. That order, like Trump’s travel ban, was on its face neutral. But it bore a clear intent.

Nearly 120,000 innocent people of Japanese ancestry were incarcerated simply because we looked like “them” — the enemy. Two-thirds of us were U.S. citizens. We lost our homes, our jobs and our businesses and were held for years without charge.

The government had put “America First,” and we suffered for it.

USA Today obviously was pleased with the piece as the paper put a preview of it on the top of the front page. It included a picture of the actor and the headline: "George Takei: Immigration Ban Divisive. Trump's 'us vs. them' stance reminds actor of Japanese internment."

In the column, Takei declared, “The orders do derive from bigotry and animus. We understand viscerally, as a nation, what those words ‘America First’ truly mean.” This from the man who went on a racist rant against Clarence Thomas, calling the African American Supreme Court justice a “clown in black face.” “He doesn’t belong there,” Takei added.

After uproar over the hateful comments, the actor eventually backed down: “While I continue to vehemently disagree with Justice Thomas, the words I chose, said in the heat of anger, were not carefully considered.”