In another round of fake news, the New York Times on Tuesday quoted from a bogus Twitter account purporting to be from Mike Flynn, the general who resigned on Monday night as National Security Adviser. In an article, the Times used a quote from “@GenMikeFlynn” asserting, “But if a scapegoat is what's needed for this Administration to continue to take this great nation forward, I am proud to do my duty.”

This is a fake quote from a fake Twitter account. Appearing on CBS This Morning, Times journalist David Sanger pushed the tweet: “[Flynn] said himself in a Tweet this morning, that while he was responsible, there are others who are responsible, too.”

To her credit, CBS This Morning co-host Norah O’Donnell shot down the false quote: “That tweet has not yet been verified. Not from a verified account.” Confronted, Sanger backed down: “Okay. I'm glad to hear that point. I'm glad you corrected me on that.” 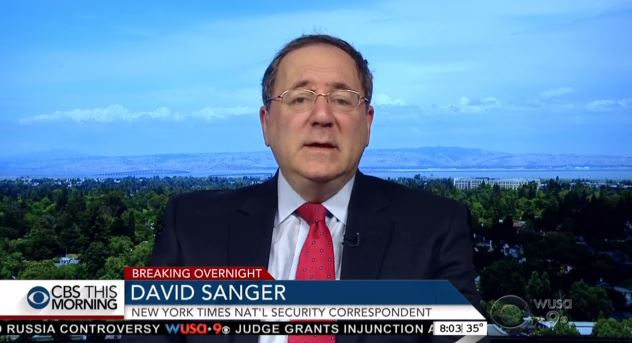 The online version of the Times article has now been updated with a correction:

Because of an editing error, an earlier version quoted three posts from an unverified Twitter account purporting to be Mr. Flynn’s, responding to the resignation.

On January 24, ABC’s Nightline apologized for fake news. The network deceptively edited Republican Arui Fleischer to make it seem as though he was bashing Donald Trump’s press secretary, Sean Spicer. For more on fake news from the liberal press, go here. 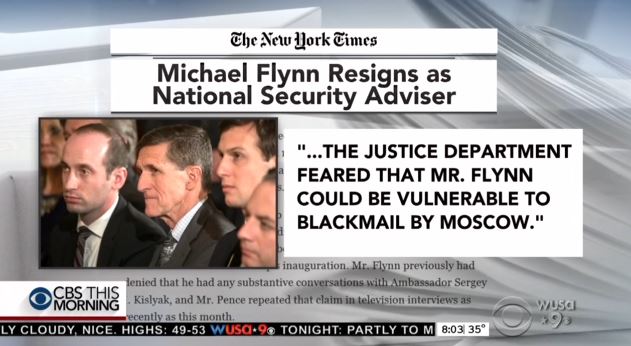 NORAH O’DONNELL: The New York Times reports because Flynn cannot told everything about his conversations with the Russian ambassador, quote, “The Justice Department feared that Mr. Flynn could be vulnerable to blackmail by Moscow and that this had been communicated to the White House last time. David Sanger is a New York Times national security correspondent, and he joins us now. Good morning, David.

DAVID SANGER: Good morning. Good to be with you, Norah.

O’DONNELL: Given that the Justice Department had warned the White House about this late last month, how long was the White House planning to keep a security threat with the head of the NSC?

DAVID SANGER It’s a great point because these issues had been swirling around General Flynn for at least a month. And remember, what started all of this is the impositions of sanctions against Russia by President Obama in return for their interference in the election. So, the question here is if President Trump knew about this, and knew of the Justice Department concerns which appears to have come from Sally Yates, the Deputy Attorney General who he fired not long ago for her unwillingness to enforce the immigration restrictions, was he planning to just ignore this piece of evidence until it became public and he couldn't any longer?

O’DONNELL: Is David, is your reporting that General Flynn was acting on his own when he discussed the sanctions with the Russians? Or was it an authorized discussion which suggested either the chief of staff or the president knew about it as well?

SANGER: Well, there's nothing unusual in talking to foreign diplomats during a transition. Almost every presidential transition does that. And General Flynn made that point in his resignation letter. The problem would come if he actually made a promise, in this case, that the sanctions would be lifted or taken care of once President Trump came into office. And it’s not clear that he did that. And in fact, we're had some people tell us that the actual contents of this transcript, because apparently, the conversations were being wiretapped by the NSA or the FBI, probably the FBI,  is ambiguous. You raise a very good question, what were General Flynn's instructions?

SANGER: Okay. I'm glad to hear that point. I’m glad you corrected me on that.

O’DONNELL: We don't know yet.

SANGER: I think you've raised the right question which is was he acting on instruction?

O’DONNELL: Was he acting alone, I think is a question.