Despite a combined six hours of air time, ABC and NBC on Friday morning skipped the latest release of Hillary Clinton e-mails, 66 of which contained classified messages. According to Fox News, “In one email, Clinton even seemed to coach a top adviser on how to send secure information outside secure channels.”

Still, this wasn’t enough of a story to warrant coverage on ABC or NBC. Instead, Good Morning America devoted five minutes and 52 seconds to the upcoming Powerball drawing. NBC’s Today offered five and a half minutes to the lottery, but nothing on Clinton.

On CBS This Morning, co-host Charlie Rose allowed 19 seconds on the topic (out of a possible two hours of air time). He briefly related, “The State Department released a new batch of Hillary Clinton's e-mails overnight. It says portions of 66 e-mails were upgraded to classified status.” 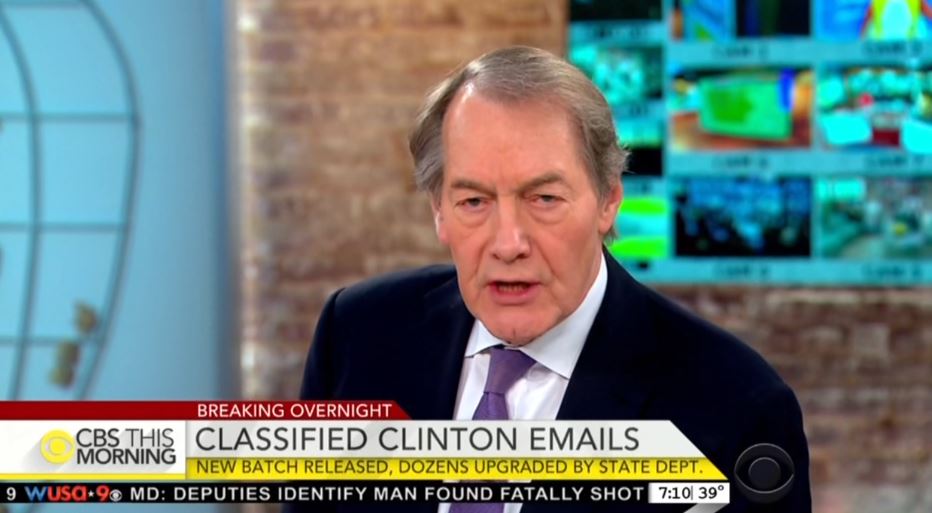 He left out this detail (as explained on FoxNews.com):

However, one email thread from June 2011 appears to include Clinton telling her top adviser Jake Sullivan to send secure information through insecure means.

In response to Clinton's request for a set of since-redacted talking points, Sullivan writes, "They say they've had issues sending secure fax. They're working on it." Clinton responds "If they can't, turn into nonpaper [with] no identifying heading and send nonsecure."

The New York Post detailed the irony of Clinton questioning someone else using a private e-mail server: 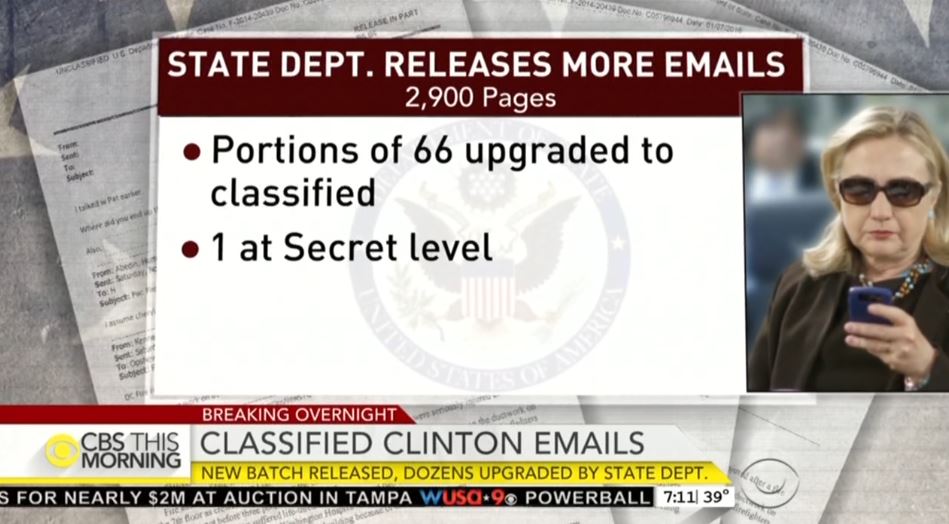 In the February 2011 message, an employee named John Godfrey wrote a detailed summary about Libyan dictator Mohammar Khadafy that was forwarded to Clinton.

Clinton aide Jake Sullivan relayed it to Clinton saying, “Worth a read. This guy is very thoughtful.”

When Clinton noticed Godfrey was using a personal email account, she responded by asking for whom Godfrey works.

“Us,” Sullivan wrote back.

“Is he in NEA [Near Eastern Affairs] currently? Or was he in Embassy? I was surprised that he used personal email account if he is at State,” Clinton said on Feb. 27, 2011.

One would think these details would warrant attention on NBC and ABC. Yet, they’ve apparently moved on.

A transcript of the CBS This Morning brief can be found below:

CHARLIE ROSE: The State Department released a new batch of Hillary Clinton's e-mails overnight. It says portions of 66 e-mails were upgraded to classified status. One of them is now considered secret. In another, the former Secretary of State reacts to a staffer's message saying, “I was surprised that he used personal e-mail account as [sic] if he is at State.”