NBC and CBS on Thursday failed to label the scandal-tarred Jesse Jackson Jr. as a Democrat. Instead of identifying his political party, Today co-host Savannah Guthrie carefully explained, "Former Congressman Jesse Jackson, Jr. left an Alabama prison this morning, accompanied by his family."

Over on CBS This Morning, journalist Vladimir Duthiers described the Democrat simply as "former U.S. Representative Jesse Jackson Jr." Duthiers informed, "He served a year and a half for illegally spending $750,000 in campaign funds. They money was used on items like purchase furs and vacations." Jackson will spend the remainder of his sentence at a halfway house.

ABC's Good Morning America couldn't be bothered to report on Jackson at all. Yet, the superficial program still found time to cover the breakup of the band One Direction. (ABC demoted the jailed congressman to its website. The AP article there did include a party ID.) 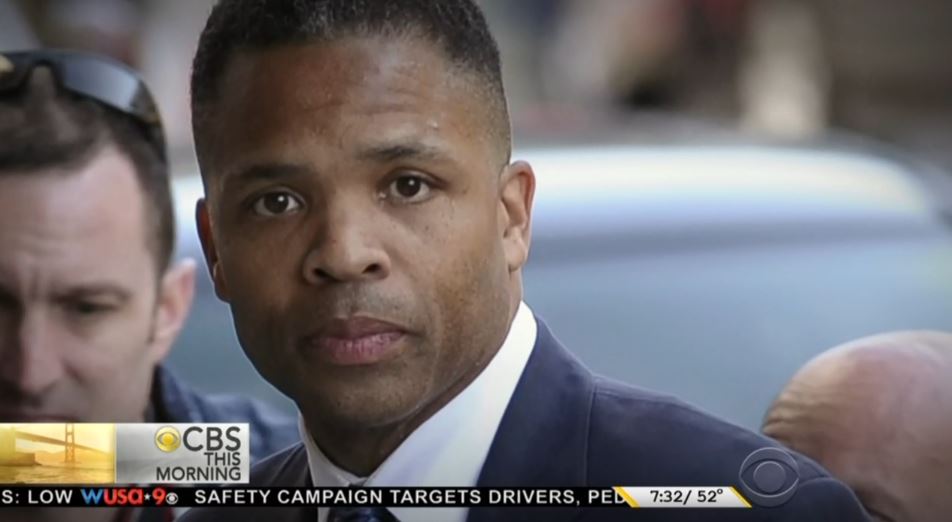 On August 15, 2013, when Jackson was sentenced to 30 months in prison, ABC and CBS failed to identify Jackson as a Democrat. Regarding the actual charges, the Media Research Center's Geoffrey Dickens reported on February 21, 2013:

When news broke on February 15 that former Democratic Congressman Jesse Jackson Jr. was charged with improperly spending campaign funds on (among other items) Michael Jackson and Bruce Lee memorabilia, the Big Three (ABC, CBS, NBC) network anchors and reporters struggled to get their lips to form the word "Democrat." In 15 total stories on Jackson, reporters failed to utter the "D" word in 11 of them (73 percent). On the February 21 CBS This Morning Jackson was labeled a Democrat, but only in an on-screen graphic.

This is in sharp contrast to the coverage former South Carolina Republican Governor Mark Sanford received when he admitted, in 2009, to having flown to Argentina to carry on an extramarital affair. Within the first 24 hours of Sanford's confession he was identified as a Republican 100 percent of the time, during coverage on all the networks. In just the first week since Sanford admitted the tryst there were 49 stories on the Big Three network morning and evening shows.

Transcripts of the two segments can be found below: 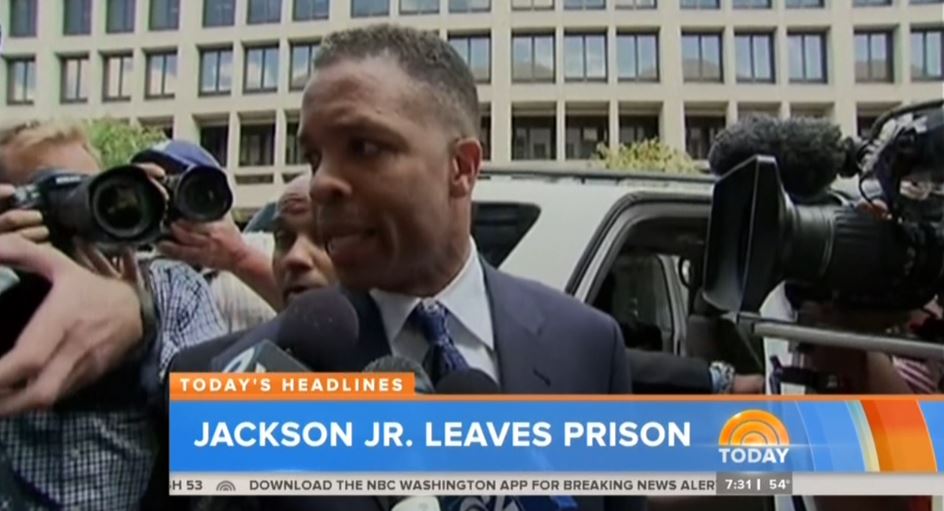 SAVANNAH GUTHRIE: And former congressman Jesse Jackson, Jr. left an Alabama prison this morning, accompanied by his family.  He will now head to a halfway house in Washington and serve the final year of a two-and-a-half year sentence for illegally spending his campaign funds.

VLADIMIR DUTHIERS: The Chicago Tribune says former U.S. Representative Jesse Jackson Jr. was released from an Alabama prison this morning. He served a year and a half for illegally spending $750,000 in campaign funds. They money was used on items like purchase furs and vacations. Jackson will serve the remainder of his sentence at a halfway house in Washington, D.C.