The shrill, extremist comments coming from the co-hosts on The View continued, Thursday. Liberal comedienne Joy Behar trashed Virginia for passing abortion restrictions, saying the new law makes the state like "the Taliban."

Behar highlighted legislation requiring women, in some cases, to have an ultrasound before getting an abortion, decrying the move as "invasive." She then hyperbolically shrieked, "It's like, what are we? What is this, the Taliban now? What are we, in Afghanistan? Where are we exactly in this country?"  [See video below. MP3 audio here.]

Behar denounced it as "so frickin' intrusive to a woman's body."

CBSNews.com desribed the law this way:

One issue that has come under the microscope with relation to the ultrasound bill is its requirement that some women undergo a transvaginal ultrasound probe, which is considered more physically invasive than other procedures.

While the bill does not explicitly mandate the use of transvaginal ultrasounds, many women would inevitably be required to undergo them; in the early stages of pregnancy, that procedure is often the only form of ultrasound that can detect a fetus' heartbeat.

As co-host Whoopi Goldberg tried to go to commercial, journalist Barbara Walters interrupted to defend abortion rights: "...Please remember that abortion- the right to abortion is the law of the land.

She added, "And we have to keep saying that. These are all discussion and states can tweak it here and tweak it there, but it is the law of the land. "

Back on February 8, Walters deemed it "heartbreaking" to force women to see an ultrasound before having an abortion.

A transcript of the February 16 exchange, which occurred at 11:07am EST, follows:

WHOOPI GOLDBERG: What's the thing that you were concerned about? 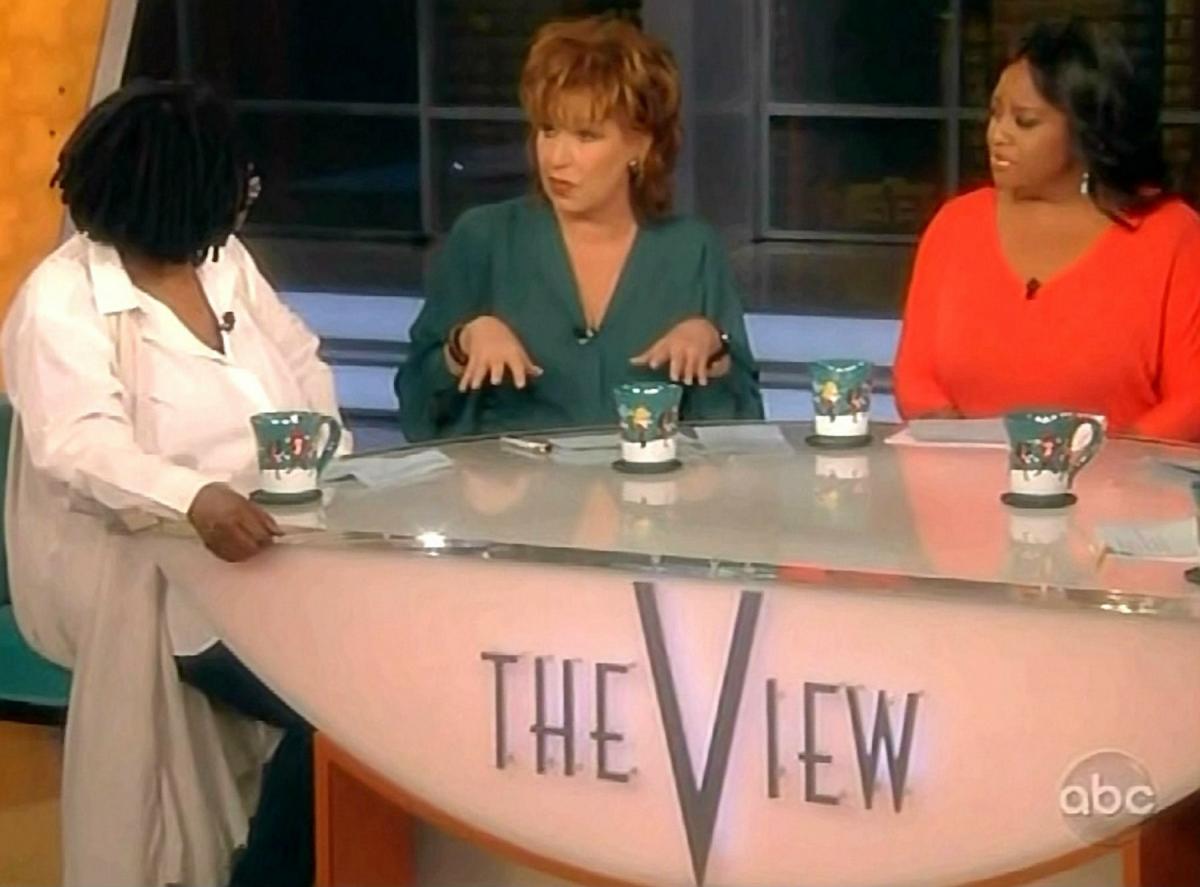 JOY BEHAR: There's a couple of bills pending in Virginia. One of them is that women will be required to undergo sonograms, ultrasound when they are about to have an abortion and the other one is that if a heartbeat isn't detected, then they will get a trans-vaginal ultrasound which is basically going into the vagina and very intrusive. Now, there is no -- as far as I can tell there is no other Procedure including MRIs and cancer treatments that are mandated. This is- would be a mandated treatment for girls who are pregnant to see the child, the infant, the fetus-

BEHAR: -whatever at that point is before they get the abortion and if they can't hear a heartbeat then they will have to undergo an ultrasound vaginal sonogram which I had one of those. I had one of those because I had benign tumors on my ovaries a few years ago and it was extremely intrusive and invasive.

ELISABETH HASSELBECK: It's uncomfortable. I agree with you.

BEHAR: It's like, what are we? What is this, the Taliban now? What are we, in Afghanistan? Where are we exactly in this country?

BEHAR: -be so frickin intrusive on a woman's body-

BEHAR: And force her to have this procedure. It's outrageous!

HASSELBECK: I have to say I have also had that type of exam. It's not comfortable. I do believe that it should be offered equally to have an ultrasound. I do not believe in mandates. It's actually Republican right wing stance they're taking -- there shouldn't be a government's mandate on a woman's body. You're right. There shouldn't be.

GOLDBERG: I think it's not republican or democrat. I think it's -- I think -- well, no, I think what Elisabeth was saying you're taking a Republican stance but I think it's- it's a human stance rather than one or the other.

WALTERS [As Goldberg tries to go to a break]: Let me just say- One second before you do that. And please remember that abortion- the right to abortion is the law of the land.

WALTERS: And we have to keep saying that. These are all discussion and states can tweak it here and tweak it there, but it is the law of the land.