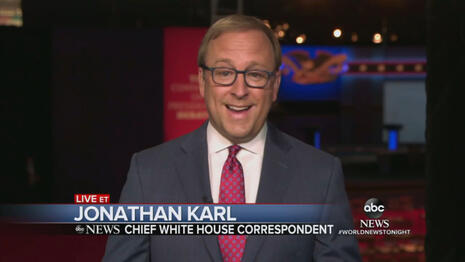 Election Day is now just 17 days away, and we’re beginning to hear the media dismiss Trump’s chances, just as they did four years ago. “By every single publicly available measure, Donald Trump is losing this race,” ABC’s Jon Karl proclaimed on the September 29 World News Tonight. 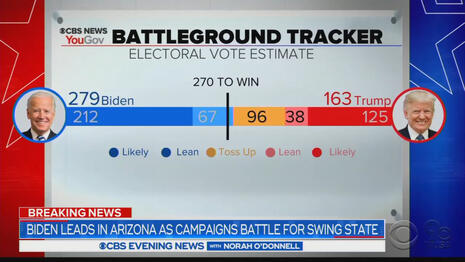 Four days later on the CBS Evening News, correspondent Ed O’Keefe all but called the race: “The CBS News Battleground Tracker shows Biden leading in enough states to get over the two hundred seventy electoral votes he’ll need to win.”

They could be right, of course. But we all remember how confident the media were that Trump would lose in 2016. At this point in that campaign, ABC’s Karl was suggesting “not just a loss, but a blowout,” while then-CBS anchor Scott Pelley assured liberals: “No candidate down this far this late has ever recovered.” Here's a video reminder of what voters were hearing from the media back then:

So what were the polls telling them back then? At this exact point in the 2016 race (October 22, since that year’s November 8 election was five days later than it is this year), the RealClearPolitics polling average had Trump trailing Hillary Clinton by 6.1 points (48.0% vs. 41.9%).

FiveThirtyEight’s polling average had Trump at 39.2% vs. 45.5% for Clinton. And their odds of Trump winning, as of October 22, 2016: 14%, vs. 86% likelihood of a Clinton victory. Those odds narrowed during the final two weeks of the campaign, but never foresaw Trump’s victory.

Those gaps in favor of the Democrats are a little wider this year, but not terribly so: The current RCP average gives Biden a somewhat bigger lead of 9 points (51.3% vs. 41.3% for Trump). FiveThirtyEight’s polling spread is also bigger than it was four years ago (Trump 41.8% vs. Biden’s 52.4%).

But you only have to look back four years to see that polls and pundits can be wrong, especially with more than two weeks to go. You’d have thought the media would have learned their lesson.