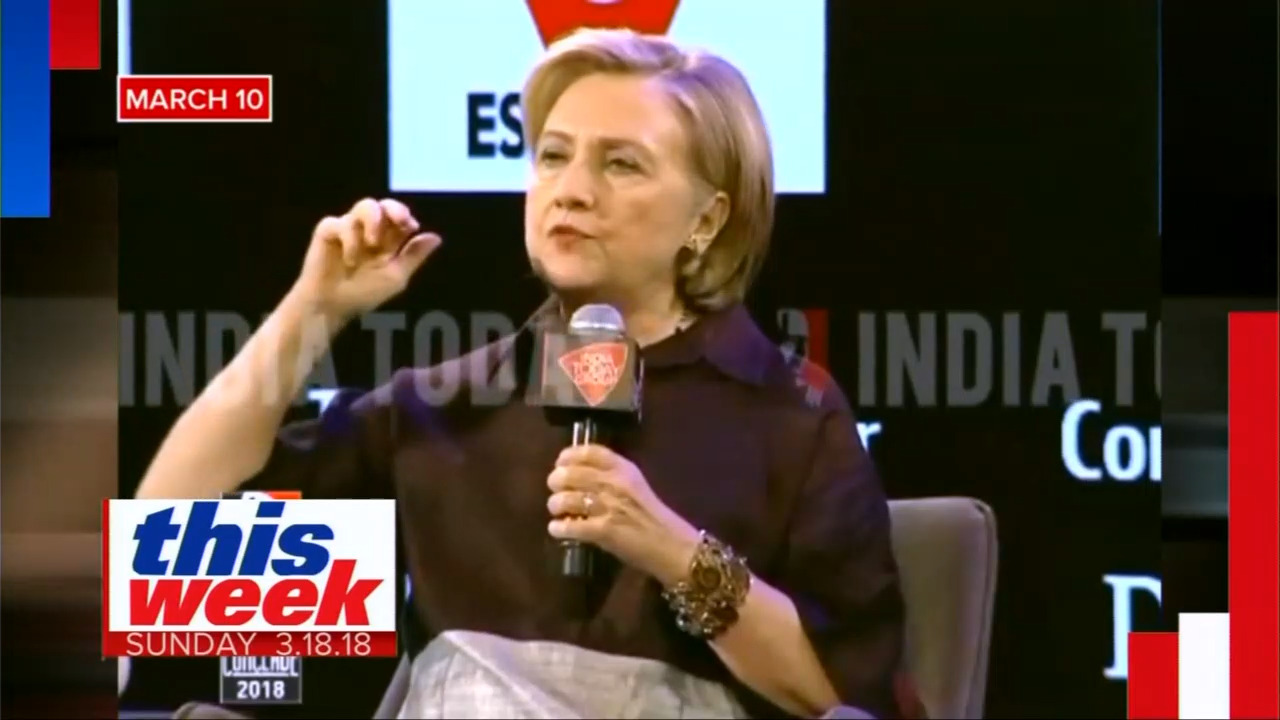 It’s been nine days since Hillary Clinton, on a visit to India, disparaged the voters who elected Donald Trump as President in 2016. This weekend, some Democrats openly broke with Clinton over the comments, while the ex-candidate herself felt the need to engage in a bit of backpedaling in a Facebook message posted Saturday afternoon:

I understand how some of what I said upset people and can be misinterpreted. I meant no disrespect to any individual or group.

Given the blowback, you’d imagine that the broadcast networks would have found at least a few moments for this controversy. You’d be wrong. As of Monday morning, March 19, ABC, CBS and NBC have so far failed to mention Clinton’s comments on either their morning or evening news programs (although CBS did find a few seconds to talk about Clinton fracturing her wrist on the same trip).

NBC and ABC did squeeze in brief mentions on their Sunday shows, eight days after the original comments, while CBS’s Face the Nation continued to hide the entire mess from viewers.

On ABC, former Clinton campaign operative George Stephanopoulos played the most incendiary part of Clinton’s comments and then asked New Orleans Democratic Mayor Mitch Landrieu: “A lot of Democrats who are looking ahead to 2020 say we just should not be talking about the middle of the country like that.”

NBC’s Chuck Todd (a onetime campaign aide to Iowa liberal Tom Harkin) was milder, running only a brief snippet which left out Clinton's suggestion of racism among Trump voters. He asked Ohio Democratic Senator Sherrod Brown: “What does she not get? Why do you think she viewed those voters that way?”

Including the politicians’ answers, ABC gave the controversy a whopping 80 seconds on This Week, while NBC’s Meet the Press clocked in at 87 seconds. And, in their Sunday night and Monday morning news programs, both networks resumed their silence.

Something tells me that if sore loser Donald Trump had traveled overseas and blamed feminists and minorities for the election of President Hillary Clinton, it would have been a much bigger story on these three broadcast outlets.

Transcripts of the ABC and NBC coverage from the March 18 Sunday shows can be found below:

Video of HILLARY CLINTON: I won the places that are optimistic, diverse, dynamic, moving forward. And his whole campaign, Make America Great Again, was looking backwards. You know, you didn’t like black people getting rights. You don’t like women, you know, getting jobs. You don’t want to, you know, see that Indian-American succeeding more than you are. Whatever your problem is, I’m going to solve it.

GEORGE STEPHANOPOULOS: There’s Hillary Clinton back in the news this week with that analysis of her loss, taking some heat from fellow Dems for that. We’re joined now by one of the Democrats eyeing the nomination in 2020, New Orleans Mayor Mitch Landrieu out with his book "In The Shadow Of Statues: A White Southerner Confronts History." Mayor, thanks for joining us this morning.

STEPHANOPOULOS: I want to get to the book in a second. But let’s start out with that analysis right there. A lot of Democrats who are looking ahead to 2020 say we just should not be talking about the middle of the country like that. 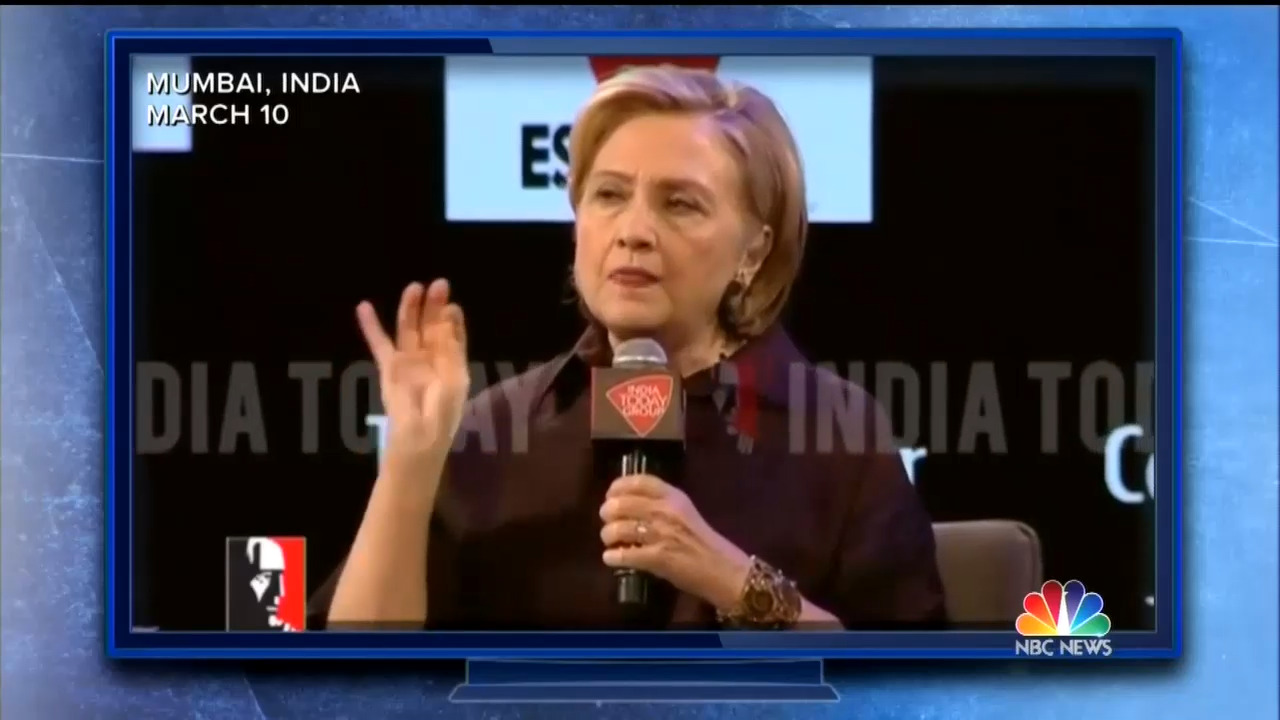 CHUCK TODD: Here was Hillary Clinton and what she said earlier this week while giving a talk in India. Take a listen.

TODD: Senator, I heard you describe in those border communities there between Ohio and Pennsylvania, it sounded like Hillary Clinton was talking about those people. What do you say to that?

Senator SHERROD BROWN: I say that I don’t really — I’m not going to look back. I don’t think voters or citizens in my state particularly care about the 2016 election, whether it was Hillary or Donald Trump.

TODD: Well, then answer me this. What does she not get? Why do you think she viewed those voters that way?

BROWN: Listen, I’m not going to come on your show and analyze what Hillary gets today or not and what she got in 2016, or I’m not going to come and analyze how Donald Trump keeps talking about Hillary Clinton. I think that’s all pretty bizarre, that he just keeps reliving -- I mean, Chuck, when I won my first election many years ago for state representative, and I remember for like three or four days, I kept talking about the election, how great I was for winning the election. And then I realized nobody cared, so I stopped doing it. Maybe the press ought to stop covering it, and maybe Hillary and Trump ought to quit talking about it. I mean, the election is over.