Over the weekend, bitter also-ran Hillary Clinton traveled to India to complain about losing to Donald Trump again. The story broke on Monday, but the complaints apparently weren’t jarring enough to disturb the Democrats at the networks. On Tuesday, Washington Post political blogger Aaron Blake reported it as ”incendiary” and “pretty remarkable.” Blake was the exception: 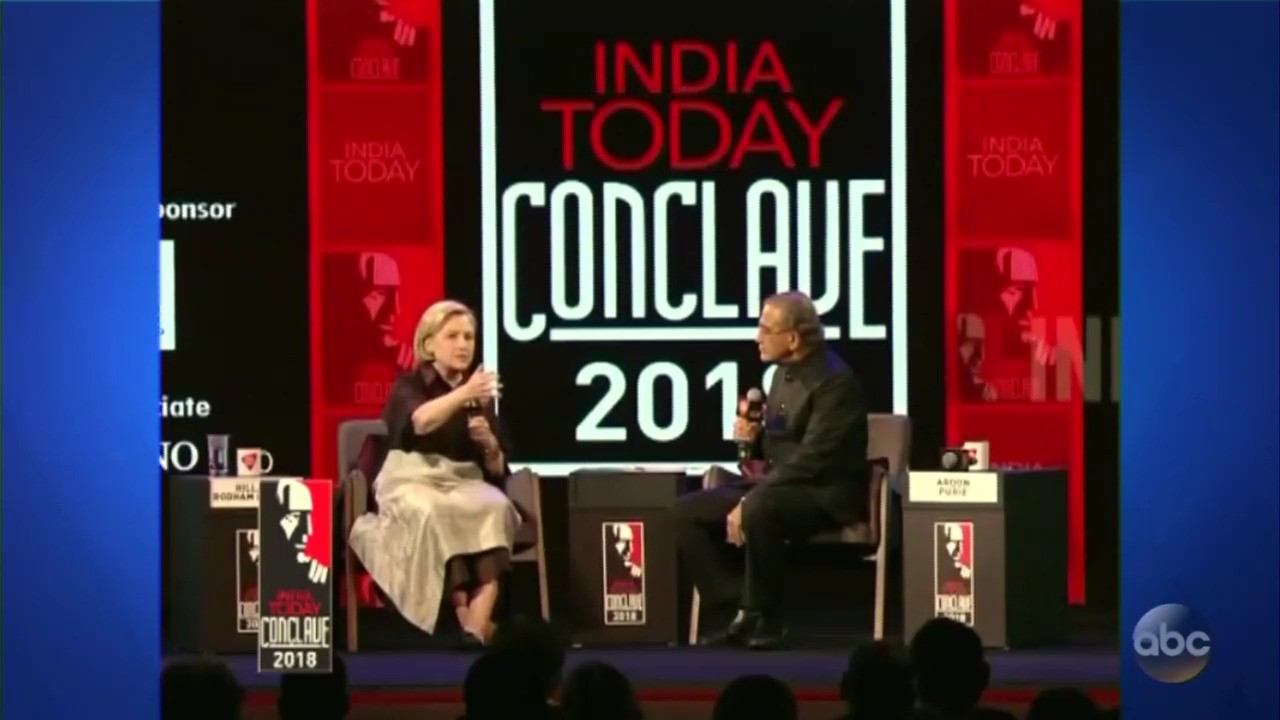 Then she turned to Trump's voters: "And his whole campaign - 'Make America Great Again' - was looking backward. You know, you didn't like black people getting rights; you don't like women, you know, getting jobs; you don't want to, you know, see that Indian American succeeding more than you are - you know, whatever your problem is, I'm gonna solve it."

The final part of her comments above might be the most incendiary, though, and it most closely resembles her "deplorables" critique. Here she is again suggesting Trump's support was, at least in significant part, about racism, misogyny and hatred of immigrants. She seems to say Trump was providing an outlet for these people.

Clinton also jabbed at white women voters, saying some caved to "ongoing pressure to vote the way that your husband, your boss, your son, whoever, believes you should."

But even the way she describes Trump's supporters alleged racism and sexism is pretty remarkable. It's one thing to suggest they were perhaps prejudiced, but Clinton says they didn't even want black people to have civil rights or women to work outside the home. Whatever you think of the modern-day GOP, there simply aren't a whole lot of Republicans arguing black people shouldn't have rights - or even telling pollsters this privately. Yet this is the picture Clinton painted of Trump's support.

As expected, Fox News covered this repeatedly. But here is your liberal coverage scorecard on Hillary's remarkable trip to India:

Associated Press: One tiny 200-word article, and this was the only quotation used:

Clinton said the Republican president has "quite an affinity for dictators" and said Trump "really likes their authoritarian posturing and behavior." But she said she thinks it's "more than that" with Russian President Vladimir Putin and Russia.

CNN: There was one quotation in the middle of Monday afternoon. But Brooke Baldwin chose a different snippet attacking Trump (and CNN's Chris Cillizza said she was "not wrong"):

HILLARY CLINTON: The person who is the most outrageous, the person who says politically incorrect things, the person who is insulting and attacking drives big ratings. I think part of what happened in the election is almost an attraction that many people had to the role that was being played by him as a candidate for president.