Posted below: the June 27 edition of Notable Quotables, MRC’s bi-weekly compilation of the latest outrageous quotes in the liberal media. This issue: ABC showcases a pro-amnesty protest slogan (“Don't Deport My Mom”) to frame their coverage of the Supreme Court's blocking of Obama's executive orders, while reporters exploit the ISIS massacre in Orlando to demand more federal gun control. “What will it take to move the needle when it comes to gun control?” CBS's Gayle King pleaded.

Plus: The New York Times blames hateful GOP rhetoric, not radical Islamic ideology, for the Orlando attack; a columnist says Trump's temporary ban on Muslims is akin to how Soviet dictator Joseph Stalin “killed millions of his own citizens,” and ex-CNN star Larry King says he’s “very independent,” but his voting record doesn't seem to support it. The complete issue, with 24 quotes is posted below (or view the printer-friendly PDF version). 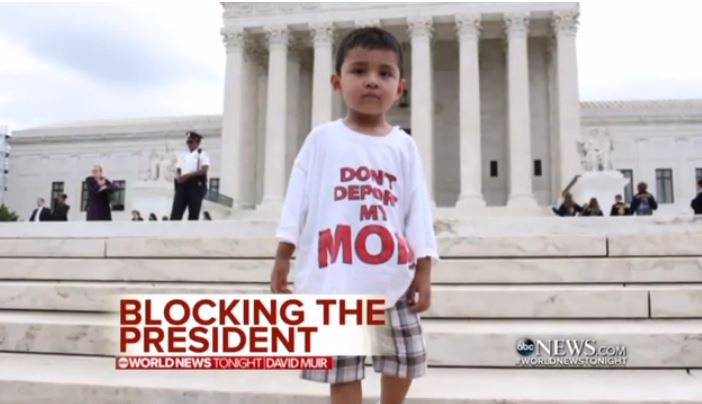 “The Supreme Court today blocking the President’s plan to allow five million undocumented immigrants to get legal status and keep them from being deported....Demonstrators on both sides, and this boy, wearing a shirt reading, ‘Don’t Deport My Mom.’”
— ABC anchor David Muir starting off the June 23 edition of World News Tonight.

Anchor David Muir: “There have been so many tweets about the millions of people who will be affected by this ruling almost immediately, and one tweet that we read said, ‘The Supreme Court just delivered a gut punch to millions of immigrants.’”
Correspondent Jim Avila: “Well, that’s true, David. In fact, what it does now is put at risk the parents of the children who were born in the United States, but undocumented parents who live here, work here, and have not broken any laws.”
— Exchange during ABC News live coverage June 23, after President Obama’s statement about the Court ruling.

“The President, who is so often motivated to come into that briefing room and before cameras in a combination of sadness and frustration, displayed both today....This first African American President reminding his fellow Americans that all of us are from folks who came from somewhere else.”
— Anchor Brian Williams during NBC’s live coverage of President Obama’s statement following the June 23 Supreme Court ruling against his unilateral executive order on immigration.

It’s “Racist” & “Xenophobic” of Brits to Vote for Independence 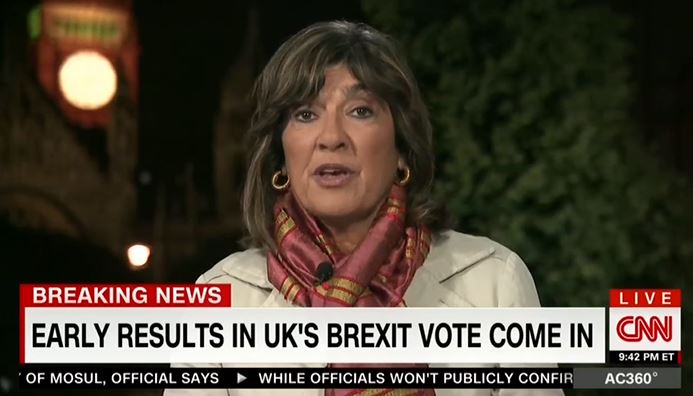 Co-host Savannah Guthrie: “What does it say about the sentiment and the mood of British voters?”
The Daily Beast’s Christopher Dickey: “Well, it says that they — what they claim it says, right off the bat, is that they were tired of all the bureaucracy of the European Union, they didn’t want all the constraints, they want their sovereignty. But what this was really about was fear, xenophobia, in some cases, certainly racism.”
— NBC’s Today, June 24. 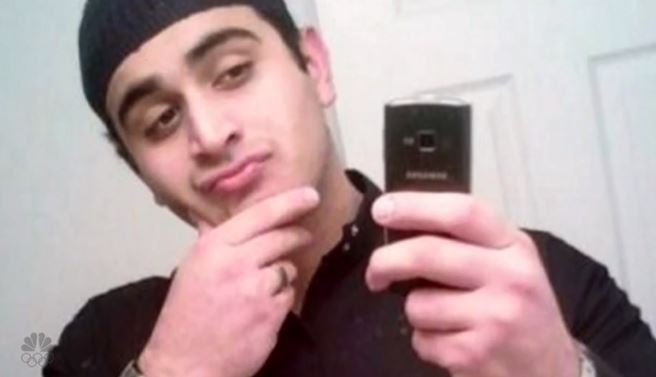 “Where else in the Western world do these shootings happen with such numbing regularity? The answer is nowhere....Maybe this was a case of extremist terrorism, but what of our long history? That speaks to something else. Something terribly wrong within our society where a broken soul and a loaded gun have led to so many tragedies.”
— Dateline NBC reporter Josh Mankiewicz in a June 12 special, “Terror in Orlando.”

Anchor Lester Holt: “What happened at the Pulse nightclub behind me is the newest and most deadly chapter in what has become a fact of life in this country: Mass shootings with no apparent end in sight....”
Correspondent Harry Smith: “Lives are forever shattered by one man. His hate and his guns. We have been here too many times before, and with no sign that anything will change, we fear this will not be the last.”
— NBC Nightly News, June 12.

“But it does raise the question again about gun control....What will it take to move the needle when it comes to gun control?”
— Co-host Gayle King to Homeland Security Secretary Jeh Johnson on CBS This Morning, June 14.

“We have seen political standoffs of all kinds in Washington, but nothing like what is playing out right now in the chambers of the House of Representatives: an old-fashioned sit-in, led by a civil rights icon....”
— Anchor Lester Holt on the June 22 NBC Nightly News.

“This was dramatic, like nothing we’ve ever seen before. Truly one of the most dramatic demonstrations on the House floor in modern American history.”
— Correspondent Peter Alexander on NBC’s Today, June 23.

“Congressman Lewis, you are a civil rights icon. Your stories are remarkable — beaten within one inch of your life, it has been said. How important is this moment for you; and what are you hoping to achieve?...You’ve had a distinguished congressional career. You’ve been here for many terms....How extraordinary is it that this is what it has taken for you to have to do — to literally sit on the floor of the House before you get a vote?...Where does this stack up for you, in terms of what you’ve been able to accomplish in this life?”
— NBC congressional reporter Luke Russert to Rep. John Lewis (D-GA) in a live exchange on MSNBC, June 22.

“Hard to Justify” Why Those Under Investigation Still Have Rights 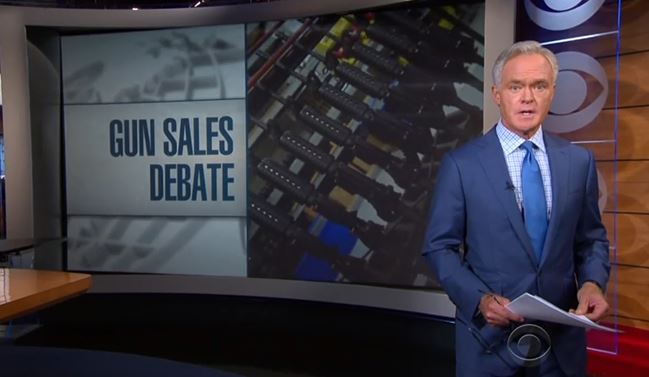 “The FBI had investigated the killer for possible ties to terrorism. Omar Mateen was on the terror watch list until the FBI cleared him. It seems hard to justify, but people on that terror list are still allowed to buy weapons.”
— Anchor Scott Pelley on the June 15 CBS Evening News.

America: “Where Everything Seems to Get Settled by a Gun”

“I really think it’s in the country’s best interest, and especially the candidate’s best interests, and take a beat here and engage in a thoughtful dialogue, a prayerful dialogue, if you will, about what we’ve come to in this country where everything seems to get settled by a gun for whatever reasons.”
— Retired Nightly News anchor Tom Brokaw during NBC News live coverage of the Orlando shooting on June 12.

“This was a passionate cry from the heart about his vision of America by this President. He has never before taken on Donald Trump, and he just eviscerated Donald Trump in that extraordinary speech....I thought his voice and the timbre of his voice took on new urgency after reciting of what he claims to be the success of ISIS on the ground and cutting off their cash.”
— NBC’s Andrea Mitchell during live MSNBC coverage following President Obama’s June 14 speech after the Orlando attack defending his aversion to using the phrase “radical Islamic terrorism.”

Real Cause of Terrorist Massacre in Orlando? Hateful Republicans, Of Course!

“While the precise motivation for the rampage is unclear, it is evident that Mr. Mateen was driven toward hate for gays and lesbians. Hate crimes don’t happen in a vacuum. They occur where bigotry is allowed to fester, where minorities are vilified and where people are scapegoated for political gain. Tragically, this is the state of American politics, driven too often by Republican politicians, who see prejudice as something to exploit, not extinguish....The 49 people killed in Orlando were victims of a terrorist attack. But they need to be remembered as casualties of a society where hate has deep roots.”
— June 15 New York Times editorial about the Orlando shooting, an article that never mentioned radical Islam. 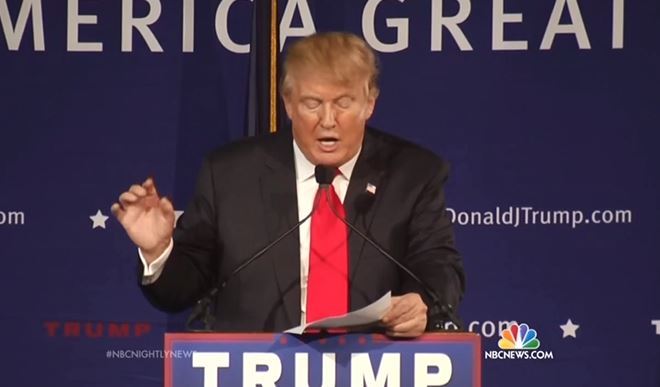 “Trump said the ban would be lifted when Muslims and other immigrants can be screened ‘perfectly,’ but that will never happen, and Trump has to know that....Let’s be absolutely clear. This is not just about bigotry. The mass arrest and forced movement of large populations has been an instrument of genocide throughout history. That is how the Turks committed genocide against Armenians in the early 20th century, how the United States government decimated some Native American tribes and how Stalin killed millions of his own citizens.”
— Ex-New York Times editorial page editor Andrew Rosenthal in a June 15 column, “Decoding Donald Trump.”

Democrats = “The Party of Grown-Ups”

New York Times correspondent Mark Leibovich: “I think one of the things the Democrats have going for them, especially in comparison to Trump, is they can be seen as the party of grown-ups. They’ll have two former presidents–”
Fill-in co-host Anthony Mason: “There’s a slogan right there: The party of grown-ups.”
— CBS This Morning, June 10. 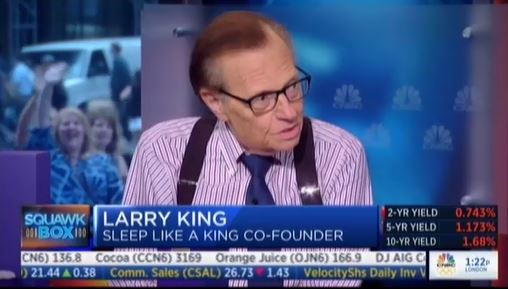 “Let’s see. What Republicans have I voted for?...I voted for [former liberal New York Republican Senator Jacob] Javits....Presidential race? I voted for Nixon in ’68, against my better wishes. It was a strategic vote....I vote Democratic, but I am a very independent....I’m strongly pro-choice. Anti-guns. I am strongly anti-guns.”
— Former CNN host Larry King on CNBC’s Squawk Box, June 21.

Unintentional Hilarity from CBS: “The Washington Post Is Neutral”

“Trump does not discriminate when it come to news outlets. He has blackballed the right-leaning National Review and the left-leaning Mother Jones. The Washington Post, of course, is neutral, Scott, but Trump argues that the paper famed for exposing the Watergate scandal is, quote, ‘phony and dishonest.’”
— CBS’s Nancy Cordes on the June 16 Evening News, talking about Trump’s feud with the Washington Post.

Let’s Blame Everything But Islamic Terrorism 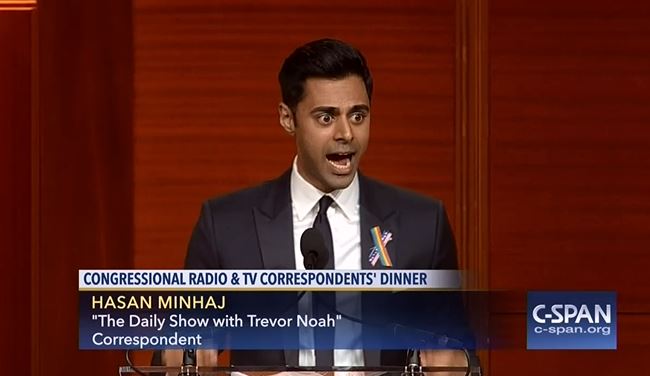 “What we saw in Orlando was one of the ugliest cocktails of the problems that we still see here in America, a cocktail of homophobia, xenophobia, lack of access to mental health care, and sheer lack of political will....Is this what you [Congress] want your legacy to be?...That you were complicit in the deaths of thousands of Americans?”
— Comedy Central Daily Show correspondent Hasan Minhaj, regretting lack of more gun control, addressing the June 15 Radio Television Correspondents’ Association dinner carried by C-SPAN on June 18.

“Treasonous” Trump “Working With ISIS to Kill Us”

“The thing about Trump, though, is that he’s the recruiter in chief. He is basically working with ISIS to kill us. They are working together....Because every time you go after the Muslims and you talk about how they shouldn’t come into the country and how they’re all a bunch of whatevers, you are saying to ISIS, ‘make another video’...That’s a treasonous act, in my opinion.”
— Co-host Joy Behar on ABC’s The View, on Tuesday, June 14, reacting to the terrorist attack in Orlando.

Praying for a “Plague of Boils” to Afflict the NRA 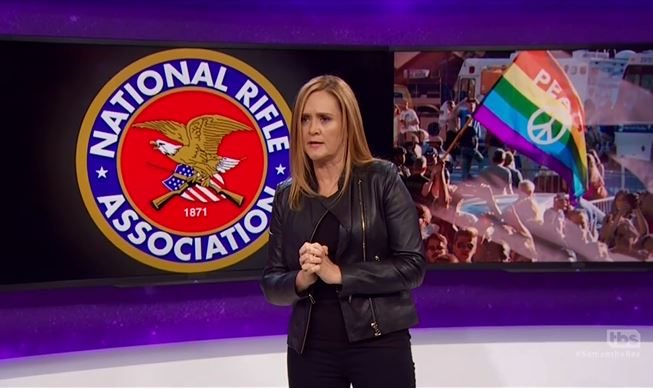 “The biggest, most helpful thing you can do to ensure this never happens again is sit quietly in a room with your eyes closed, talking to nobody. Wait a minute. We pray after every mass shooting, and yet they keep happening. Maybe we’re not praying right....‘Are you there, God? It’s me, Sam. Please, bless the victims and their friends and families in their time of unspeakable pain. Give us the courage to say no more. And while you’re at it, please send the NRA a plague of boils. Amen.’”
— Host Samantha Bee on TBS’s Full Frontal, June 13.

Oprah Hails Hillary: “I’m With Her”

“I’m with her. And I would also say that, regardless of your politics, you cannot be a woman in the world and not see that this is a monumental time for women breaking the ceiling. Talk about breaking the ceiling.”
— Oprah Winfrey on ABC’s Good Morning America, June 16.