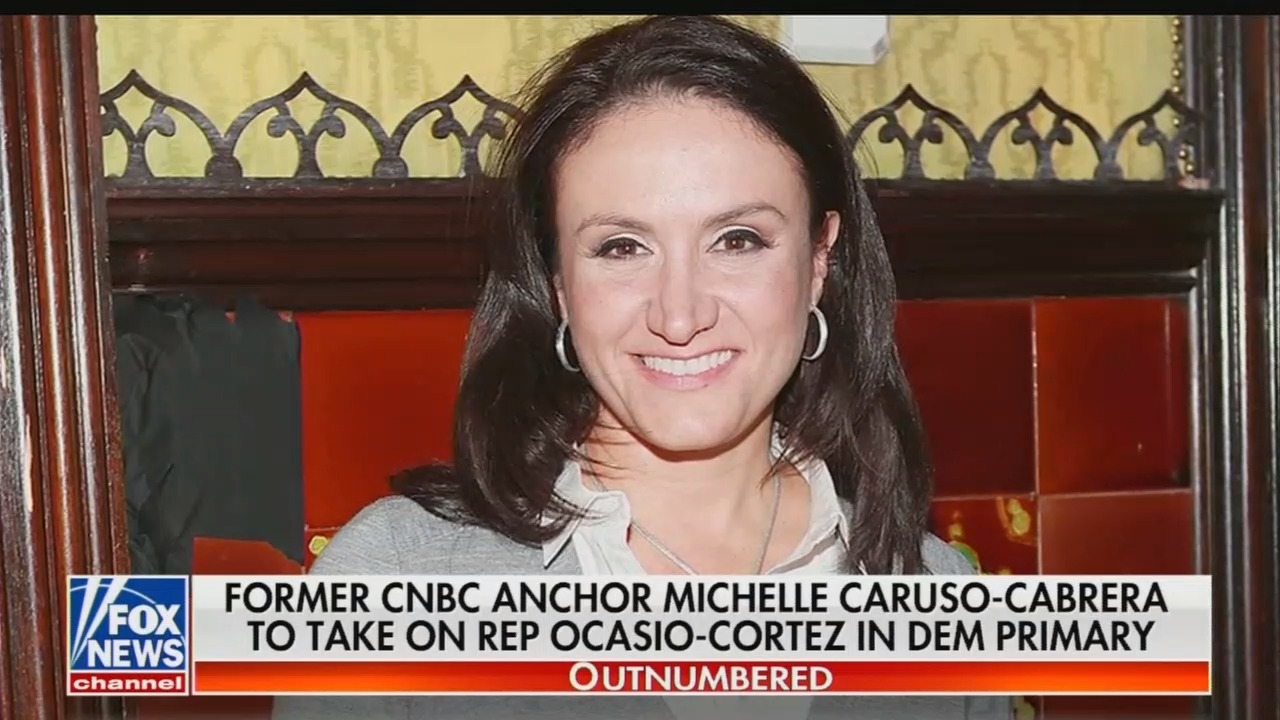 Liberals in the media have cheered the far-left Alexandria Ocasio-Cortez, focusing more on her celebrity status and less on her rabid socialism. Ocasio-Cortez won New York’s 14th congressional district in November of 2018 after a shock primary win over another Democrat.

While several people have expressed an interest in running against her in this year’s primary and general election, the most recent person to challenge that member of the liberal “Squad” is Michelle Caruso-Cabrera, a former anchor for the CNBC channel who is a registered Democrat and a descendant of Cuban immigrants.

According to an article posted on Tuesday by Fox News Channel reporter Sam Dorman, the challenger “has been a fierce critic of socialism and an advocate for free markets.”

That viewpoint was especially evident in her 2010 book entitled You Know I'm Right: More Prosperity, Less Government, where she called out both major political parties for ignoring "fiscally conservative, socially liberal" Americans like herself.

In the introduction to her book, Caruso-Cabrera noted that the “core principles of Reaganomics rejuvenated an unstable economy,” and “the Clinton-era policy successes took power away from the federal government and put money in our pockets.”

She has praised former President Reagan's economic policy and called for limited government, likely putting her at odds with Ocasio-Cortez's large-scale plans like the "Green New Deal."

Ocasio-Cortez, who supports “democratic socialism,” [faces] other challengers for 2020, but Caruso-Cabrera [might] be the most prominent to announce.

Caruso-Cabrera describes the race on her website as "MCC vs. AOC," referring to the initials commonly used to describe herself and Ocasio-Cortez.

On that site, the candidate states she “is the granddaughter of working-class Italian and Cuban immigrants.” When her grandparents arrived in America, “they worked arduous overnight shifts and took dangerous jobs in the meatpacking industry to pay the rent and feed their children.”

In addition, the business reporter worked for more than 20 years at CNBC as an anchor and an international correspondent before leaving the channel in 2018. Dorman also quoted the candidate as noting: "We must return to the fundamentals of American politics: small, not big, government. Less spending, not more.”

As NewsBusters previously reported, Ocasio-Cortez became a super-hero in her own comic book earlier this year. Whether that notoriety helps her during the June 23 primary is anyone’s guess.