Time Fawns Over ‘Phenom’ Ocasio-Cortez: ‘The Best Storyteller in the Party’ 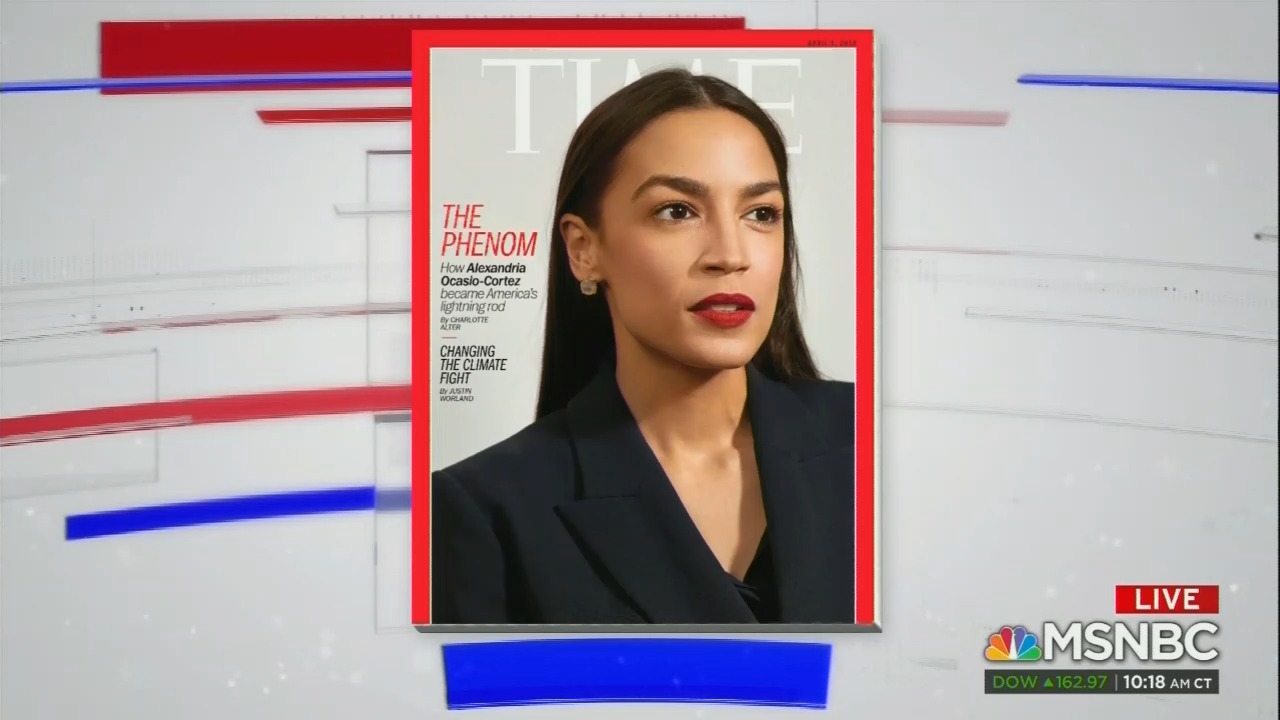 Dinosaur media outlet Time magazine awarded Democratic congresswoman Alexandria Ocasio-Cortez a gushing cover story for the April 1 issue, rhapsodizing over the “phenom” who is “the best storyteller in the [Democratic] Party.”

Ocasio-Cortez’s hard-left brand of socialism is portrayed positively and Time national correspondent Charlotte Alter found no time to mention the cow farting and airplane elimination section that was initially part of the Green New Deal.

The Time cover featured a flattering picture of Ocasio-Cortez with a headline screaming: “THE PHENOM.” Writer Alter sounded like a PR representative as she enthused, “[Ocasio-Cortez is] a democratic socialist at a time when confidence in capitalism is declining, especially among progressive millennials.”

She’s a political phenomenon: part activist, part legislator, arguably the best storyteller in the party since Barack Obama and perhaps the only Democrat right now with the star power to challenge President Donald Trump’s.

Touting the socialist as a pop sensation, Alter hyped:

Thousands of people tune in to watch her make black-bean soup or re-pot her houseplants on Instagram Live. Immediately after she tweeted the name of her signature red lipstick—Beso, by Stila—it sold out online.

The Time journalist parroted liberal talking points, lauding, “Ocasio-Cortez threatens the status quo, bringing a youthful impatience to a set of policies popularized by Bernie Sanders’ 2016 campaign, like Medicare for All and tuition-free public college.”

Though the Green New Deal is mentioned, what’s not in the story is the laughable sections, such as eliminating farting cows and airplanes. And while liberals in the media like to pretend this wasn’t actually part of the original Green New Deal, it’s right there in the plan’s frequently asked questions section:

We set a goal to get to net-zero, rather than zero emissions, in 10 years because we aren’t sure that we’ll be able to fully get rid of farting cows and airplanes that fast, but we think we can ramp up renewable manufacturing and power production, retrofit every building in America, build the smart grid, overhaul transportation and agriculture, plant lots of trees and restore our ecosystem to get to net-zero.

The only allusion came when Alter vaguely stated, “Her office botched the rollout of the Green New Deal by inadvertently posting an unfinished version.” Instead, the journalist ignored the awkward issue of cow flatulence and spoke of economic discord: “That’s why young Americans have become increasingly attracted to democratic socialism, which aims to build a stronger social safety net through democratic elections.”

The little criticism of Ocasio-Cortez that made it into the article mostly came from fellow Democrats who are portrayed as jealous: “Many House Democrats resent her celebrity and worry it overshadows efforts to reach the moderate voters who propelled the party to the majority. Privately, some admit they’re also a little afraid of her.”

Finally, let’s compare Ocasio-Cortez’s cover to another (then) up and coming House member. Here’s Time’s cover of the socialist: 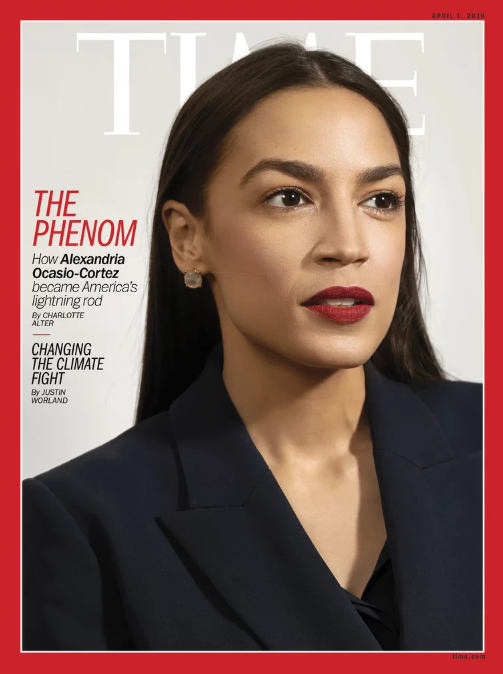 In contrast, rival Newsweek portrayed the conservative Michele Bachmann as crazy for a 2011 cover: 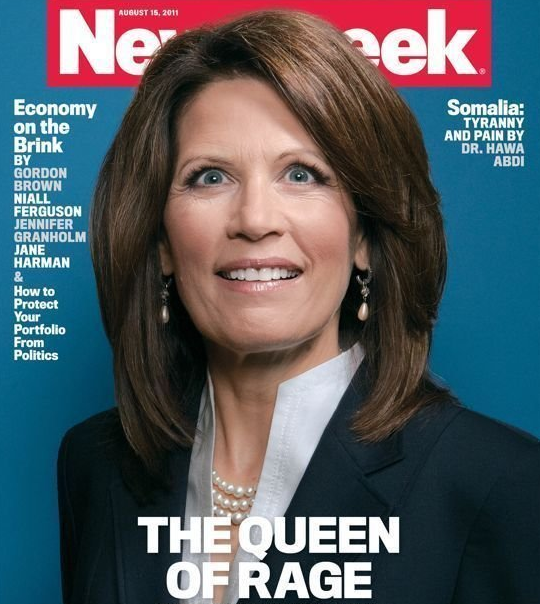 Ocasio-Cortez’s headline? “The Phenom.” Bachmann’s? “The Queen of Rage.” A bit of a difference, wouldn’t you say?