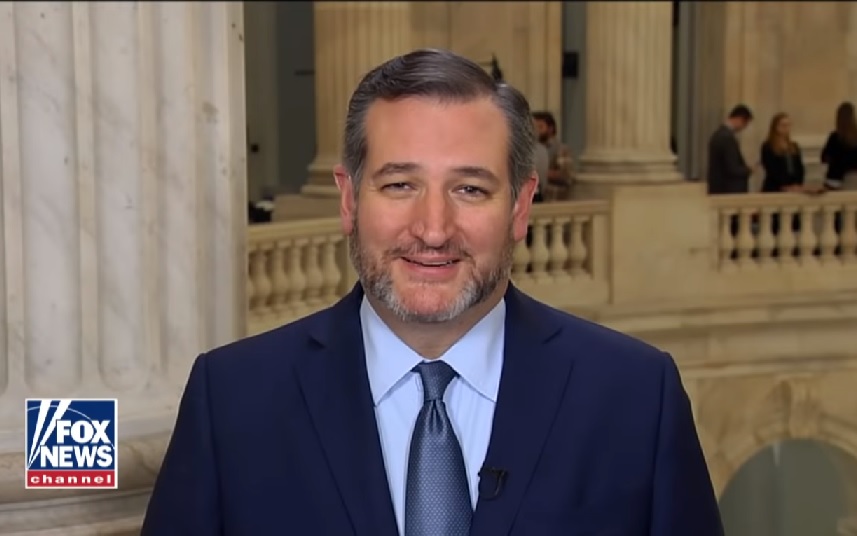 How shallow are liberal journalists? Ted Cruz's new beard looks really good and Esquire managing editor Ben Boskovich is upset about that. See, he finds it easier to hate the clean-shaven Cruz and now that the Texas senator is looking better in his opinion, that has thrown Boskovich for a loop.

Despite his continuing hate for Cruz's conservative politics, Boskovich now sounds like a fan boy of his appearance. His conflicting attitudes is reflected in the title of his December 12 article, "Damnit, Ted Cruz's Beard Looks Tolerable Now." This conflict continues in the subtitle: "His greatest political opponent has always been his face. A few weeks off the razor has changed that."

Clean-shaven, Ted Cruz might have the most upsetting face in politics. It was just about two years ago, that feels like two decades ago, that the Senator from Texas was trotting around the country, trying to be likable and the President and failing miserably at both.

Okay, Boskovich has established his genuine dislike for Cruz but now comes a problem for him:

And then last week, fresh off a victory over an opponent whose attractiveness is undeniable, Secret Service Codename "Cohiba" showed up with a little fuzz on his face.

Some were premature in singing its praises. Five days ago, Slate published a story titled I’m So Sorry to Report that Ted Cruz’s New Beard Looks Great, in which the writer proclaimed that "a marginally less insufferable mug" had arrived. While I agree with the writer's assessment that his transition to Chin Strap, But Thicc was a marked improvement, I couldn't help but balk at the idea that it actually Looked Great.

And then he showed up on Fox News last night. I have to say, I share the sentiment of CNN's Andrew Kaczynski here—as well as that of Chrissy Teigen.

See, the thing about this beard is that it's f---ing endearing, man. It's salt, it's pepper, it's still a bit patchy, but good Lord, he's trying. And you can tell he's trying. And it beats the alternative so, so badly that suddenly, on this 12th day of December 2018, you've found yourself rooting for Ted Cruz. Yeah, the guy who so easily and frequently opens pop-up shops for his dignity now occupies a small space in a different part of your brain.

The man is distraught: Why, oh why, is Ted Cruz's beard making me actually, dare I say, like him?

Usually, you hate this guy the moment you lay eyes on him. Now—and again I hate to say it—he kind of looks like a dude I'd love to share an ice cold Miller Genuine Draft with.

He's coming undone: What's wrong with me? I only hope that a bearded Ted Cruz does not show up at my Esquire office with a bottle of ice cold Miller Genuine Draft or I might be ostracized by my liberal friends and colleagues, especially Trump deranged Charles Pierce.