Russia Welcomes Global Warming as Answer to All Its Prayers 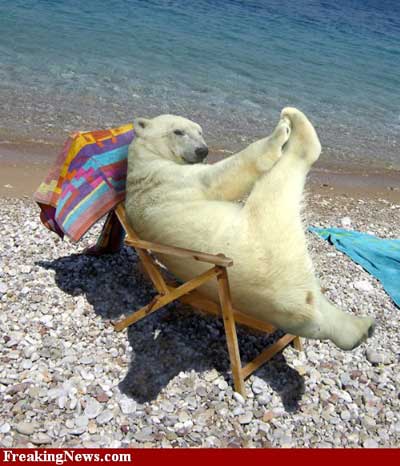 Here's a side of global warming the shills at Newsweek and alarmists such as Al Gore don't want to address: there are actually countries and peoples on the planet who would welcome a less frigid climate.

Take for example Russia, where a little warming would help such industries as agriculture, oil drilling, and tourism, while obviously cutting down on the number of cold-related deaths each winter.

As reported by Cox News Service Sunday (emphasis added throughout):

But increasingly, Russia's official stand on global warming seems to be: Why worry?

While global concerns about climate change conjure images of melting ice caps, submerged cities and massive droughts, some Russian experts are hailing global warming as the answer to Russia's prayers.

As the long and dreary Russian winters become balmier, billions of dollars will be saved on heating and there will be fewer cases of depression, says Vladimir Klimenko, a professor at the Moscow Energy Institute, whose lab is funded by the state-run oil and gas company.

Agriculture ravaged by the cold and 70 years of Soviet collectivization will blossom, and watermelons could grow in Moscow, he said.

In fact, doesn't this go hand in hand with NASA administrator Michael Griffin's statement in May:

I guess I would ask which human beings - where and when - are to be accorded the privilege of deciding that this particular climate that we have right here today, right now is the best climate for all other human beings. I think that's a rather arrogant position for people to take.

This seems especially relevant given the number of countries who might benefit from a slightly warmer planet as pointed out by Cox News:

Russia is not the only northern nation to consider the benefits of warming. The United States, Canada, Denmark and Norway, along with Russia, are haggling over rights to the resource-rich Arctic, which may soon be free of ice.

Some economists predict that summer tourism will increase in Scandinavia as countries such as Spain and Italy become too hot.

After all, considering Russia's opinion on this issue, as well as China's and India's, it really doesn't seem the debate is over, does it?