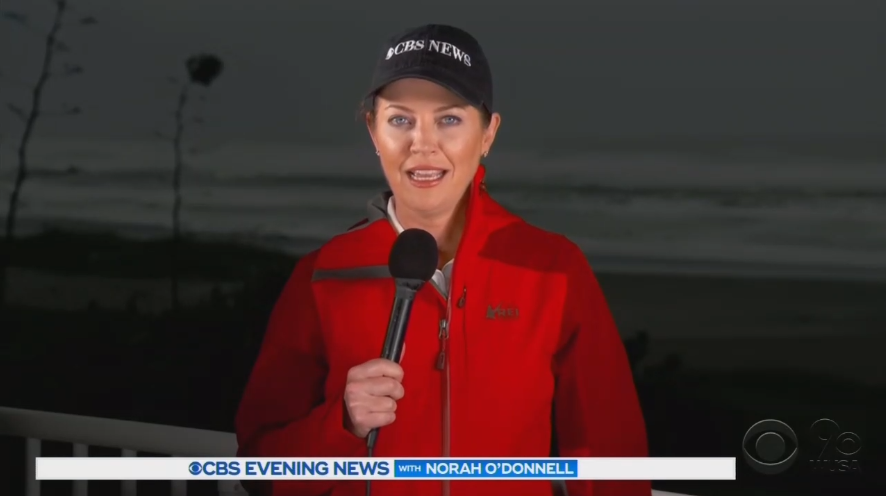 UPDATE September 4, 2019: This blog has been updated with the Nielsen ratings from the week of August 26.

Things are not at all well on CBS Evening News, the flagship evening program for the third-place broadcast network. After making the major transition from CBS This Morning anchor Norah O’Donnell has been floundering in the ratings fight with ABC and NBC by hemorrhaging viewers for the first six weeks, according to the Nielsen ratings.

For all the talk about CBS News head Susan Zirinsky booting the more-balanced Jeff Glor (whose last newscast was May 10) under the guise of low ratings, that move sure didn’t appear to have paid off. Instead, it’s made matters worse.

For O’Donnell’s first week (the week of July 15), TVNewser found that “[t]he ratings results for launch week of the CBS Evening News with Norah O’Donnell were mixed. The broadcast posted audience losses from the comparable week in 2018, and was down slightly from the prior week.”

“Versus the comparable week in 2018,” it was calculated that O’Donnell’s first week at the helm lost 247,000 viewers, or minus five percent of their total viewership. They were also down 13 percent in the critical 25-54 age demographic. That slide was just the beginning of what appeared to be the bottom falling out of the CBS flagship.

CBS was also down 17 percent in the critical 25-54 age demographic for that second week.

For the next two weeks (the weeks of July 29 and August 5), O’Donnell continued to lose viewers in the double digits from the show’s year-over-year each week. “Compared to the same week in 2018, ABC was +3% in total viewers, NBC was -6% in total viewers, while the CBS Evening News with Norah O’Donnell struggled yet again, -12% year-over-year,” TVNewser reported for the last week in July.

“CBS Evening News was -11% year-over-year,” TVNewser said of the first week of August.

Things improved for O’Donnell for the week of August 12, if only slightly. For that week, CBS Evening News was only down eight percent from the previous year and managed to pull in over five million viewers (5,132,000 to Glor’s 5,560,000).

It was also the first time since O’Donnell took the helm, that the show didn’t lose double digits in the 25-54 bracket, also only down eight percent year-over-year for the total viewership.

With the ratings from the last week of August finally in on Wednesday, it was clear that O'Donnell had not righted the ship and continued to lose viewers year-over-year and closed out the summer with a thud. "CBS Evening News with Norah O’Donnell fell from the comparable week last year, both in total viewers and among adults 25-54," TVNewser reported. "Versus the same week last year, CBS Evening News was -9% in total viewers and -8% among adults 25-54."

That was more than Glor had lost year-over-year from 2017.