The victims of the El Paso and Dayton mass shootings were set to become the next soapbox for CNN to stand on and shout at Second Amendment supporting Americans. On Monday, CNN announced they will host yet another anti-gun town hall on Wednesday to emotionally exploit grieving families. If that wasn’t slimy enough, the town hall was going to be moderated by Prime Time host and Antifa supporter Chris Cuomo.

In an afternoon tweet, CNN Communications shared the ridiculous and loaded name of the program: “CNN to host a @CuomoPrimeTime town hall, AMERICA UNDER ASSAULT: The Gun Crisis on Wed., Aug. 7 from 9-10pm ET led by @ChrisCuomo.”

CNN to host a @CuomoPrimeTime town hall, AMERICA UNDER ASSAULT: The Gun Crisis on Wed., Aug. 7 from 9-10pm ET led by @ChrisCuomo.

The last time CNN hosted one of these town halls, for the school shooting Parkland, Florida, it immediately degenerated into a show trial with “moderator” Jake Tapper sitting back while loudmouth students assailed Republican Senator Marco Rubio (FL) and then-NRA spokesperson Dana Loesch.

At one point, then-student Cameron Kasky declared that Rubio was just like the shooter:

I'm sorry, I know I'm not supposed to do this, but I'm not going to listen to that. Senator Rubio, it's hard to look at you and not look down the barrel on an AR-15 and not look at Nikolas Cruz, but the point is: You're here and there are some people who are not.

Along with Kasky, Tapper also allowed fellow student Emma Gonzalez to question Loesch's motherhood and protesters called her a “murderer.” In both cases, Tapper was silent and allowed this venom to be spewed without even mild pushback.

Meantime, he allowed former and disgraced Broward County Sheriff Scott Israel whip the crowd into a frenzy by portraying himself and his department as heroes and the Republicans as villains. Long story short, Israel lost his job and other officers were found to have neglected their duties, resulting in the massacre. Tapper grilled him days later, but it was too late.

It’s easy to understand why CNN would want to do another one of these town halls. Back in March, the network received the Walter Cronkite Award for their kangaroo court drama. The jury who made the decision made it perfectly clear why they felt CNN deserved it, saying: “The program helped ‘advance the national conversation on gun control and violence.’” 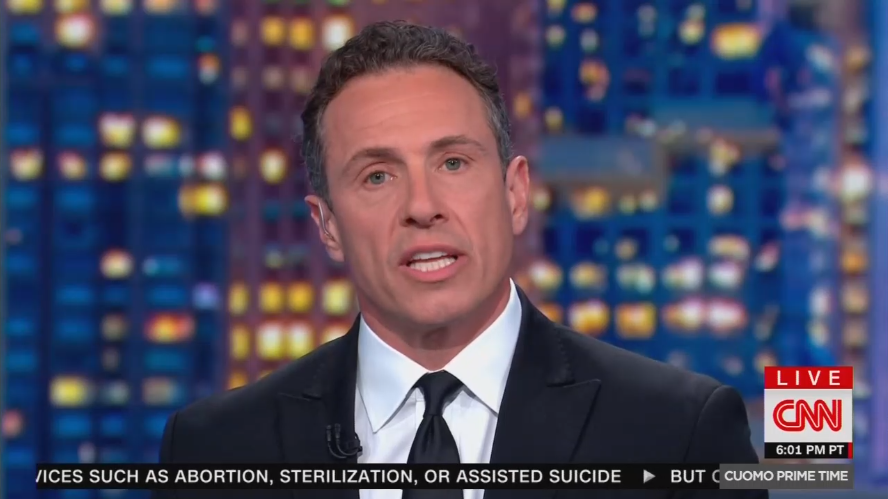 The other disgusting thing about CNN hosting this new town hall was the fact that the “moderator” was going to be Chris Cuomo. He’s the same CNN host that insisted last year that the left-wing terrorist group known as Antifa was “morally” superior. He also equated the terrorists with the soldiers who stormed the beaches at Normandy in WWII.

“There's a lot of about what-aboutism and spin going on. And it's kind of sickening to me,” Cuomo argued, “But I argue to you tonight, all punches are not equal morally." He would go on to suggest that there was no "moral equivalent" between Antifa and those they were targeting. "And in a clash between hate and those who oppose it, those who oppose it are on the side of right," he proclaimed.

CNN, in general, has been a comfortable home for Antifa. Between CNN Tonight host Don Lemon, United Shades host Kamau Bell, and Cuomo (who said Antifa attacks for a “true” and “good cause”), the network has tried to normalize their terrorism.

Cuomo’s lack of affinity for telling the truth shines when he’s talking about firearms in America. As conservative commentator Stephen Miller reminded folks on Twitter, Cuomo “spread a verified lie to 2 million people about the kid who said he bought an AR-15 with nothing but an ID, a lie that made it to Trump’s listening session. Cuomo never retracted it.”

CNN has no credibility to host his town hall, especially when it’s so clearly a play at winning accolades for themselves and ginning up leftist hatred. This is CNN.