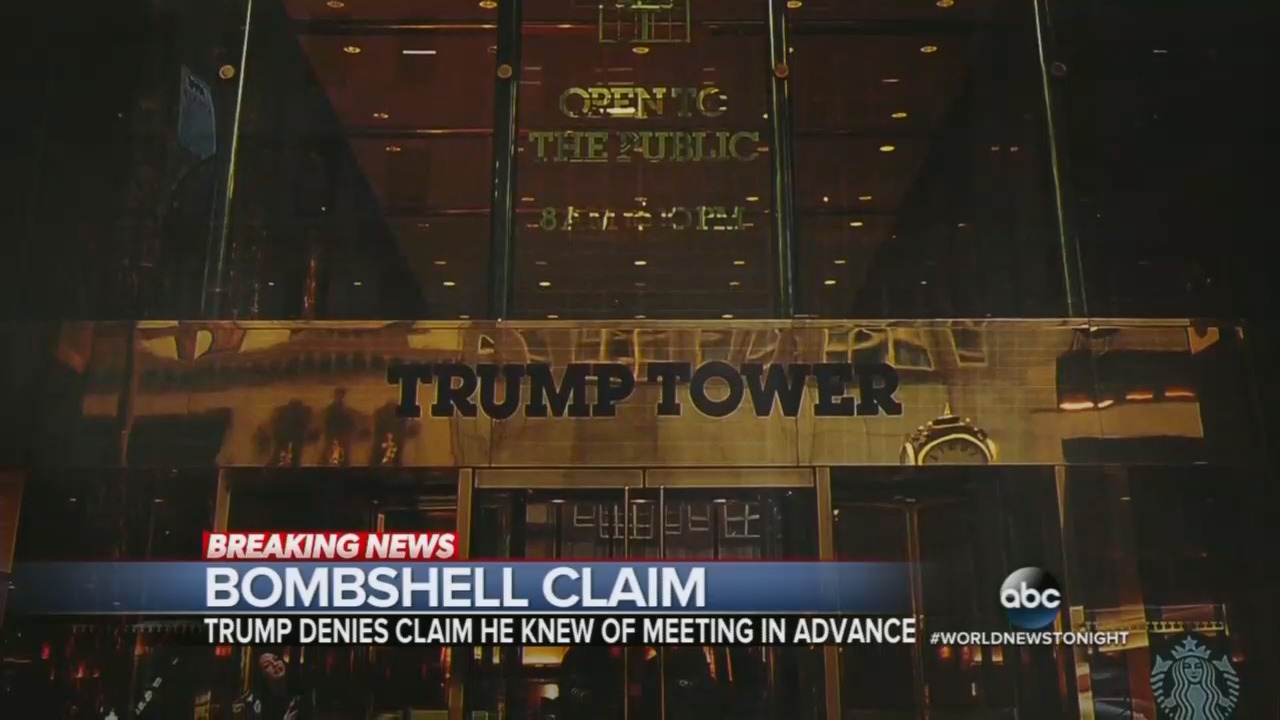 UPDATE: Just as CBS Evening News was preparing to wrap up Tuesday's broadcast, CBS News finally updated its online reporting regarding the Trump Tower meeting with Lanny Davis's retreat from his original claims. "The source for the central claim in this story, published on July 26, 2018, was Lanny Davis, an attorney for Michael Cohen. Davis told CBS News on Tuesday that he could not confirm what he initially told CBS News was accurate," they admitted. This update did not make it to air that evening.

It was a major news story for days. According to CNN’s anonymous sources back in July, Michael Cohen was ready to tell the Special Counsel that then-candidate Trump had known about the 2016 Trump Tower meeting before it took place. The broadcast networks frantically sought to confirm the allegation (using CNN’s own source) but when that source retreated from his claims and the story crumbled before their eyes, they ignored it altogether.

After CNN reporters Jim Sciutto, Carl Bernstein, and Marshall Cohen sprinted in to announce their story during the July 26 Cuomo PrimeTime, the three major broadcast networks spent a combined 39 minutes 23 seconds hyping the allegations between July 27 and July 31. Including their morning and evening news programs, ABC and NBC spent almost 15 minutes each on the story (14:30 and 14:54 respectively), while CBS’s coverage was just under 10 minutes (9:59).

Once the networks picked up CNN's story as their own, the fire spread. "Breaking overnight," fill-in Good Morning America host Cecilia Vega intoned, "the stunning new claim -- sources telling ABC News President Trump's former lawyer Michael Cohen says then-candidate Trump knew about that meeting with the Russians in Trump Tower before it happened, something that the President has repeatedly denied."

NBC's Today show employed a one-word headline: "BOMBSHELL", while co-anchor Savannah Guthrie declared Cohen was ready to "deliver the goods". Analyst (and 6 pm ET MSNBC host) Ari Melber pronounced that "this one is very big." For its part, CBS This Morning avoided the hyperbolic language, but their opening tease included Trump's picture with the Watergate-era phrase "WHAT DID HE KNOW?" in all-caps emblazoned below.

That Friday on ABC's World News Tonight, correspondent Pierre Thomas kept up the hype, highlighting the "explosive allegation," as the words "BOMBSHELL CLAIM" were displayed across the screen throughout the report. Over on NBC's Nightly News, Lester Holt touted "stunning new claims," while moments later, NBC News White House correspondent Hallie Jackson informed viewers it was a "bombshell revelation."

But a month later, on August 23, an Axios exclusive revealed Cohen had told the Senate Intelligence Committee that he had no such knowledge about then-candidate Donald Trump. Cohen’s attorney, Lanny Davis explained to CNN’s Anderson Cooper that his client did not have that information and that Cohen had explained as much to investigators. It was a massive blow to the liberal media’s narrative -- and the networks ignored it.

Then on Monday, August 27, Davis told BuzzFeed News’s Steven Perlberg that he was, in fact, the source for CNN’s original claims. “Davis has backed away from the story in recent days, telling the Washington Post that he is not certain if the claim is accurate, and that he could not independently corroborate it,” BuzzFeed reported.

On top of being the source that kicked off CNN’s increasingly dubious reporting on the Trump Tower meeting, Davis admitted to BuzzFeed he was also the source who had confirmed the story to other news outlets seeking their own version of the tale.

“CNN’s story was made all the more convincing thanks to the series of mainstream media rivals 'matching' elements of the account, thanks in large part to Davis, who had requested and received anonymity to confirm that CNN’s reporting was accurate,” Perlberg wrote.

Roughly two hours before the networks' Tuesday evening broadcasts aired, CNN’s Sciutto and Bernstein published their first update on Davis’s reversal (a week after he'd contradicted them publicly). Again, the three major networks that had spent nearly 40 minutes on the original “BOMBSHELL” accusations were silent as the grave.